Here’s the list of biggest cats in history. Sadly, all these cats were already gone for thousands of years ago.

Giant cheetah is bigger and heavier than modern Cheetah. Giant Cheetah is around 120-150 kg and can run faster than today`s cheetah. Their running speed was around 115 kph /72mph and could be found around Europe and Asia before the ice age. 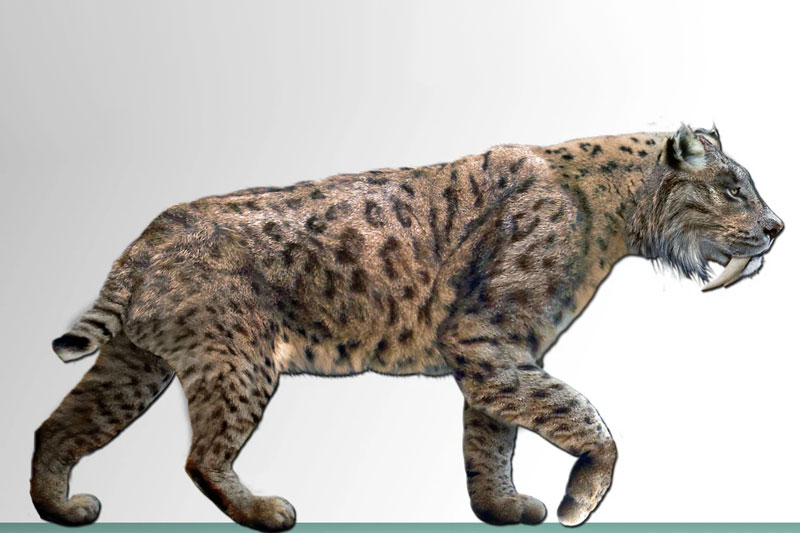 Xenosmilus is known as close relative of saber toothed tiger Smilodon. The difference is their teeth is shorter, thicker and more like the teeth of shark. Unlike most cats, Xenosmilus bit big chunk of the prey`s flesh instead of bit their neck till death. Average Xenosmilus was around 180-230 kg.

Same as the name, Giant Jaguar was bigger than modern jaguar in the jungle. The limbs and the tails were longer and the bite were much stronger than any lion or tiger that live today. Giant Jaguar is divided into 2 different species Panthera onca augusta and Panthera onca messembrina.

European jaguar`s fossil was found in many European countries and the animal was predicted to be the king of European`s jungle around 1.5 million years ago. The weight is up to 210 kg and some scientist reported the animal was look like combination of lion and jaguar

Cave lion was a giant predator in a prehistoric time. The weight was around 300 kg or 661lbs. The live of the cave lion is printed on the wall of several caves in Europe. Some pictures printed the animal like a modern tiger and some like a lion. 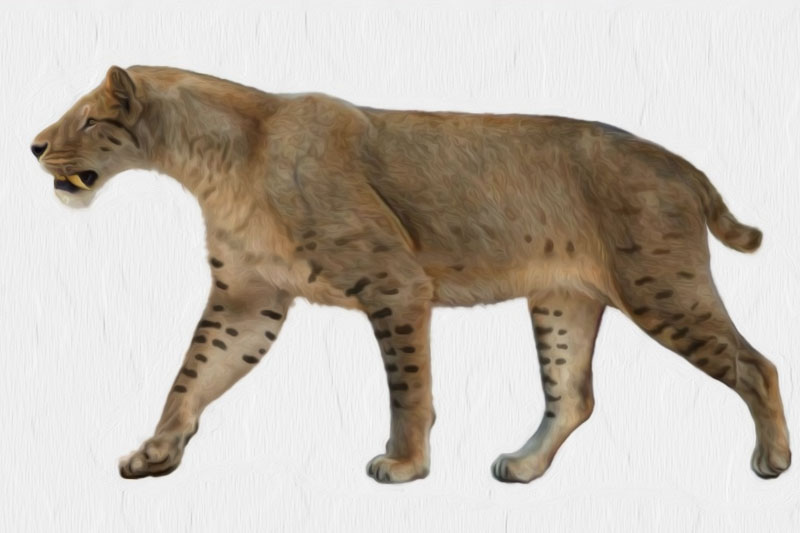 Homotherium was a fearless cat in Europe 10,000 years ago. Their weight could reach 400 kg and they were fast runner as well. Homotherium was pack hunter and they stopped hunting at night. The fossil could be found in Europe, North America, South America, Africa and Asia 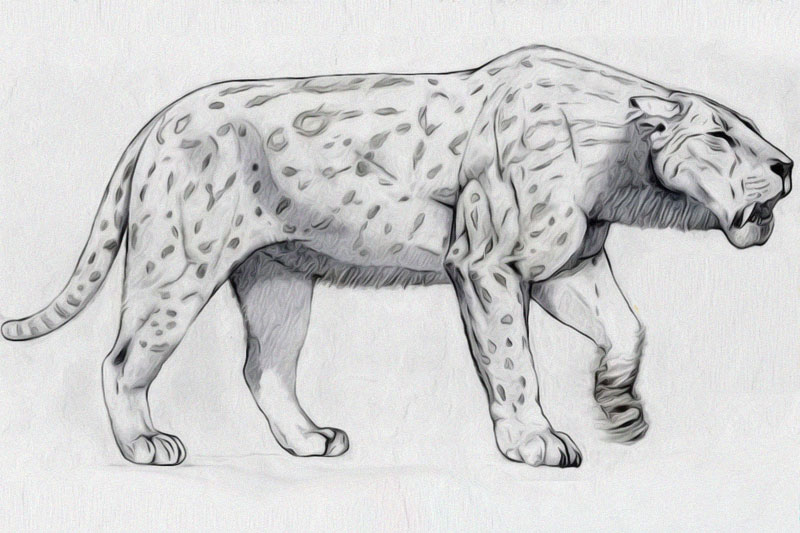 Unlike other saber tooth tiger, their tail was shorter and it was more like a giant cat than a tiger. Machairodus`s fossil was found in Africa and Chad. According to the fossil, Machairodus weight could reach 490kg up to 500 kg. They ate elephant and rhinos that were abundant around 12.000 years ago 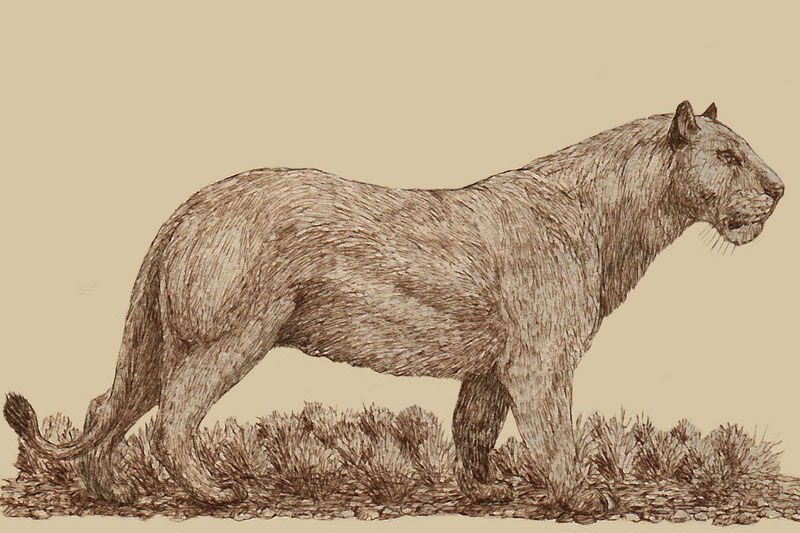 Weighing up to 500kg, American lion is known as the largest cat in North and south America 11,000 years ago in the last ice age. It is so big so that it is considered biggest cat after Smilodon. 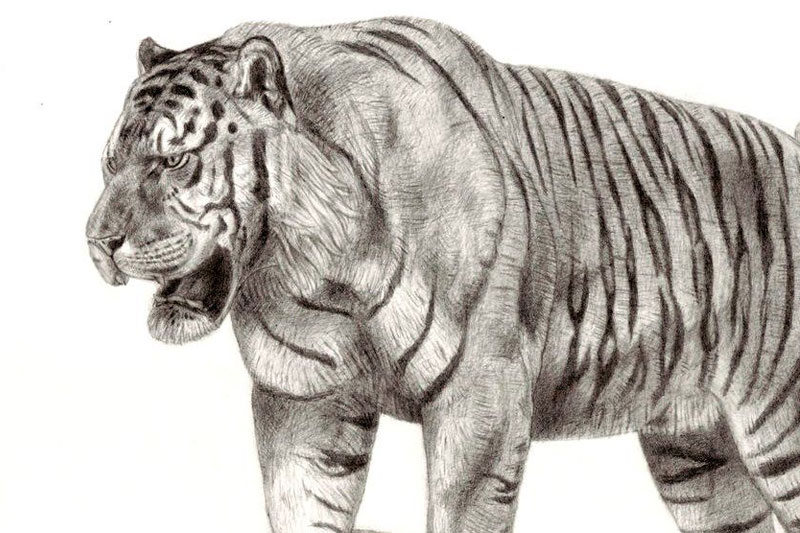 Many Scientist believe that Pleistocene tiger is the closest family of modern tiger. They lived around 2 million year ago and their size was bigger and their weight was heavier that time. Pleistocene tiger was around 490 kg and the fossil could be found in Russia, China include Java 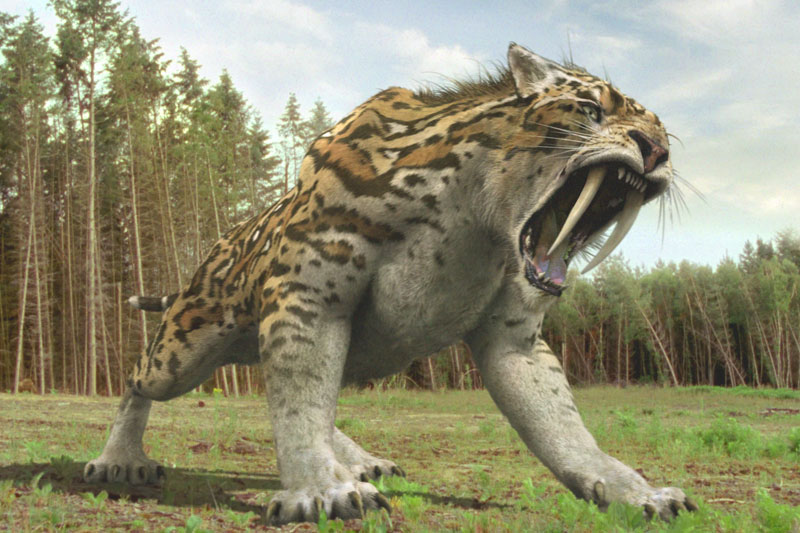 Smilodon is the biggest and the most famous saber tooth tiger in the world or you can say, it is the biggest cats in the world. This animal is known for the long and sharp teeth. Smilodon has 2 different species,. Smilodon gracilis ,the smaller, and Smilodon fatalis.Both species, extinct 10,000 years ago and they ruled wild life habitat of north and south America for more then 2 millions years before its extinction.