According to the World Health Organization, one in ten people in the world falls ill after consuming contaminated food. 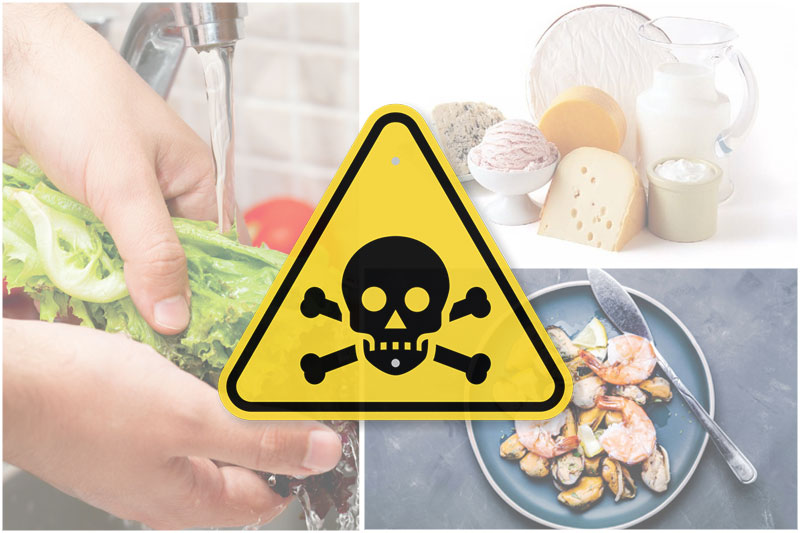 Also called foodborne illness, it’s a catch-all term to describe the sickness caused by the ingestion of food contaminated by bacteria, parasites, viruses, or their toxins. While it usually goes away on its own after a few days, the bothersome symptoms include nausea, diarrhea, abdominal pain, vomiting, and fever.

Any food can be contaminated, yet some are more prone to it than others.

Curious? Take a look at the ten foods you probably had no idea are prone to cause food poisoning. 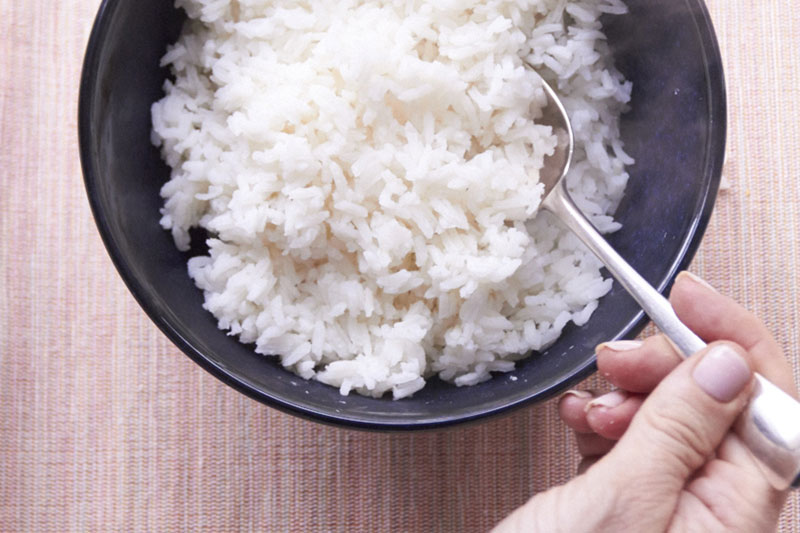 Rice is prone to cause food poisoning, but only under certain circumstances.

Regular rice may contain spores of a bacteria name Bacillus cereus, heat-resistant, and able to survive normal cooking processes. Worry not, this is normal, and usually does not cause any potential damage if you consume the rice right away.

However, if left to sit at room temperature for too long, B. cereus spreads and produces toxins that can induce food poisoning. And since it is heat resistant, reheating it or cooking won’t kill it.

Solution? Consume your leftover rice as soon as possible to prevent B. cereus growth. 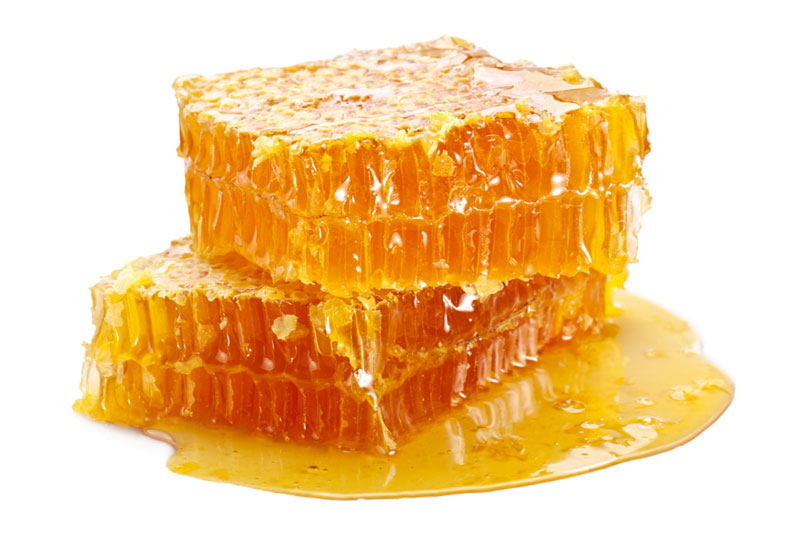 Unlike regular honey, raw honey goes through minimal processing and, therefore, keeps a plethora of its magnificent health properties. These include, but are not limited, to enhanced antibacterial, antioxidant and anti-inflammatory benefits.

Not undergoing the standard pasteurization process means that raw honey keeps both its properties and a plethora of toxic spores and other pathogens.

If you choose to keep consuming raw honey, make sure to pick a reputable distributor. Similarly, never give the substance to babies or people with a weak immune system. 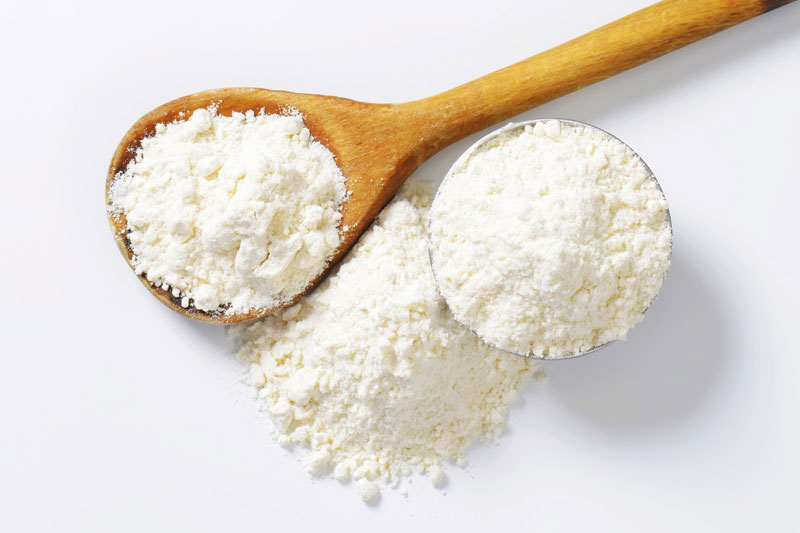 Despite appearances, flour is a raw product that hasn’t been treated to kill harmful pathogens, as it is made under the assumption that it will be cooked. Flour is made of ground grain, and if the grain has bugs in it, the germs can survive the milling process and end up in your food.

Make sure to cook or bake your flour, and wash your hands thoroughly after using it, lest you risk E. coli.

7 – Oysters and other shellfish 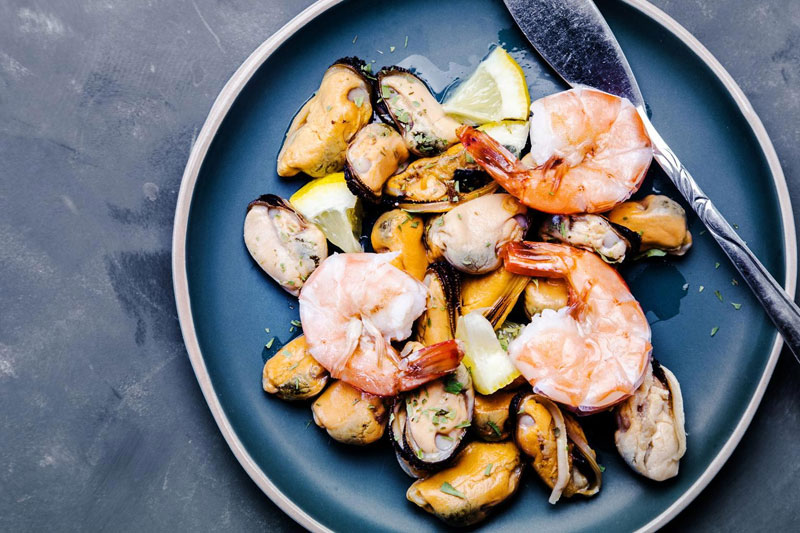 On top of being susceptible of carrying regular pathogens, shellfish are exposed to toxins thanks to their dietary habits. They are filter-feeders and can accumulate dangerous poisons through time by eating contaminated algae and diatoms.

While the most common type of shellfish food poisoning only induces diarrhea, nausea, and vomiting, there are rarer varieties known to be severe, even life-threatening.

Viral or bacterial food poisoning is avoidable through regular cooking, but shellfish poisons are harder to prevent. Since there are no known antidotes, make sure to eat shellfish from known providers with strict health regulations. 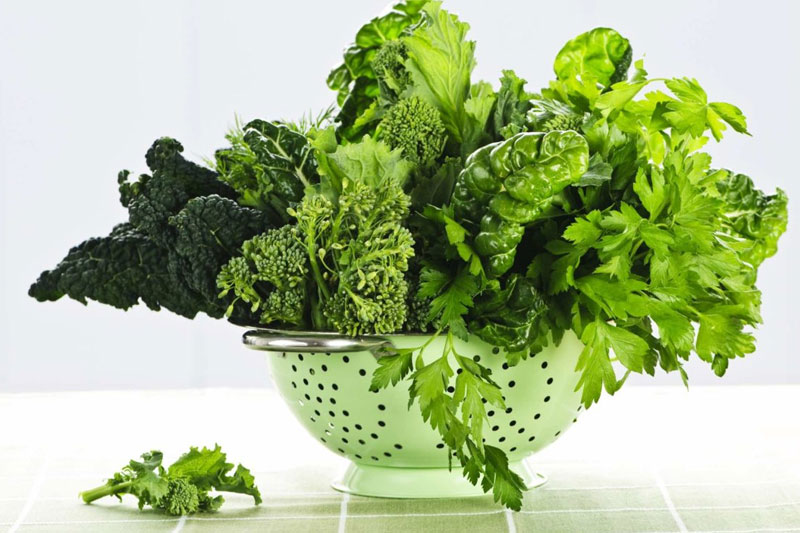 It might come as a shock, but unwashed leafy green vegetables cause most food poisoning. These plants grow in the soil and are therefore exposed to a plethora of pathogens.

What’s worse, their leaves have plenty of crevices and corners where said pathogens can lay undisturbed and spread. Thus, you also have to worry about handling the vegetable with clean hands to avoid direct contamination.

Luckily, most leafy green food packages are sealed and pre-washed, according to food regulations. However, you can also soak your leafy greens in water with a bit of white vinegar, then rinse them. 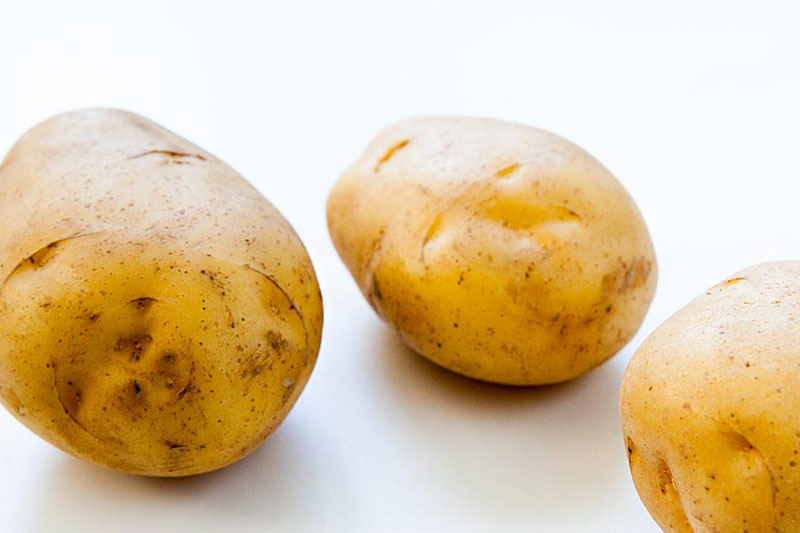 As you may know, potatoes are root vegetables, meaning they come from the soil and, therefore, can pick up any pathogen that may be around.

Since potatoes are not eaten raw, it hardly poses a risk for safety. However, make sure to wash them throughout before cooking or peeling, and clean your hands afterward to prevent cross-contamination.

More worryingly, there have been a few botulism outbreaks associated with baked potatoes. While some may be contaminated by C. botulinum, you can prevent the bacteria from producing its dangerous toxins by eating the spuds within two hours of cooking. 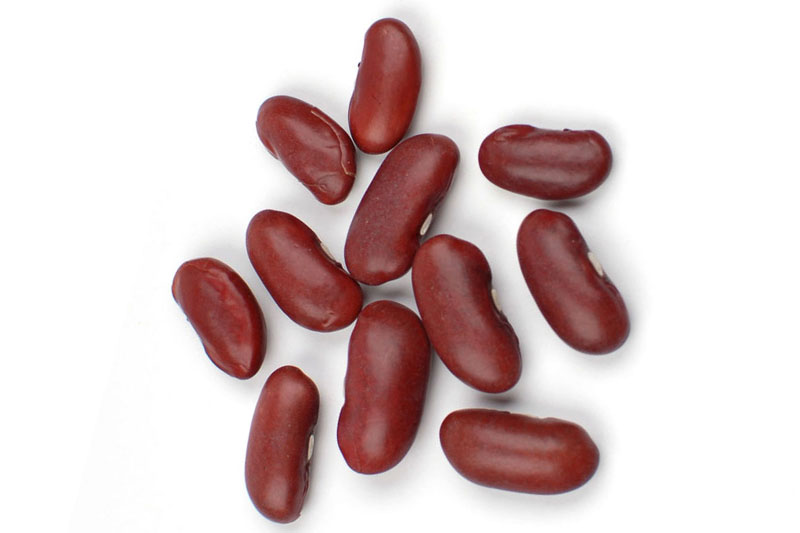 As rewarding as they are to increase your fiber consumption, kidney beans can pose a health risk if undercooked.

Many bean types have high levels of a toxic component named phytohaemagglutinin, also known as kidney bean lectin. Luckily, cooking the beans can reduce toxicity levels to imperceptible degrees, but be careful—five undercooked ones are enough to trigger the poisoning.

To prevent sickness, cook the beans for at least ten minutes. Make sure the water goes 100°C since the toxin can become more dangerous in warm temperatures below the boiling point. 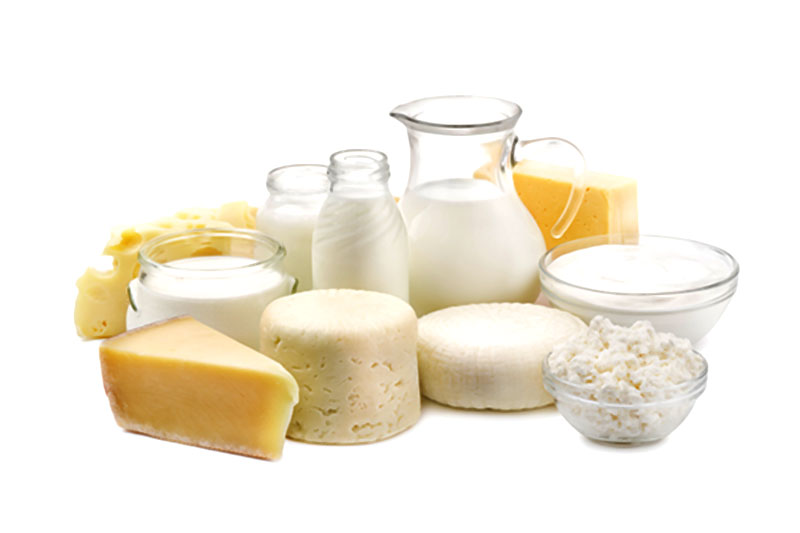 Milk is not only delicious and essential for many other delicious foods—but it’s also a heaven for pathogens.

Its pH is almost neutral, therefore making it suitable for bacteria and other organisms, not to mention nutritious. Thus, nowadays, it’s practically imperative to consume only pasteurized milk.

Sadly, some milk products don’t follow strict pasteurization processes or, otherwise, may stimulate pathogen growth—particularly homemade yogurts or soft cheeses. In the case of the latter, their reduced acid levels can encourage toxin production by the bacteria that are naturally attracted to their surface. 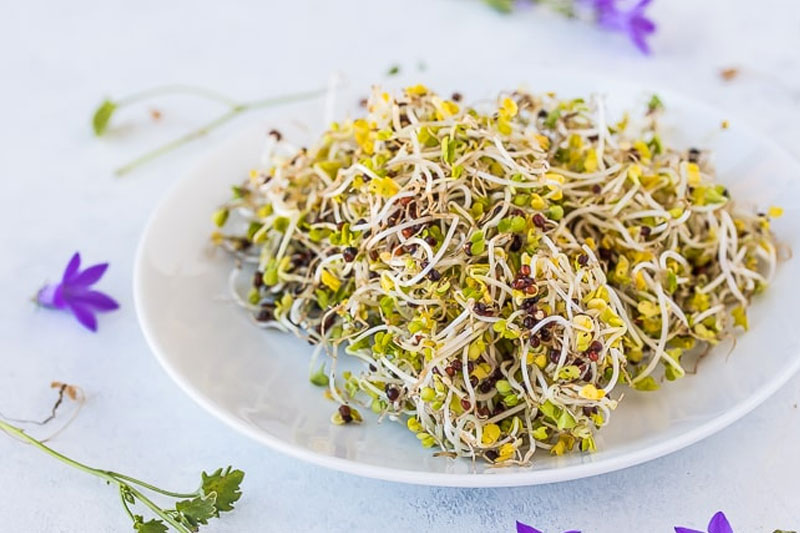 By now, you must know that fresh produce carries a risk. And as tasty as it is to eat an alfalfa salad, you need to be careful around raw sprouts.

Sprouts are the first growth of a seed in water. Thus, they thrive in warm and humid weather conditions—the same environment that pathogens love. Subsequently, it’s common to have strains of salmonella or E. coli growing alongside the sprouts.

To prevent food poisoning, consume raw sprouts if labeled as “ready to eat.” Otherwise, you may need to wash them in a diluted vinegar solution or cook them thoroughly. 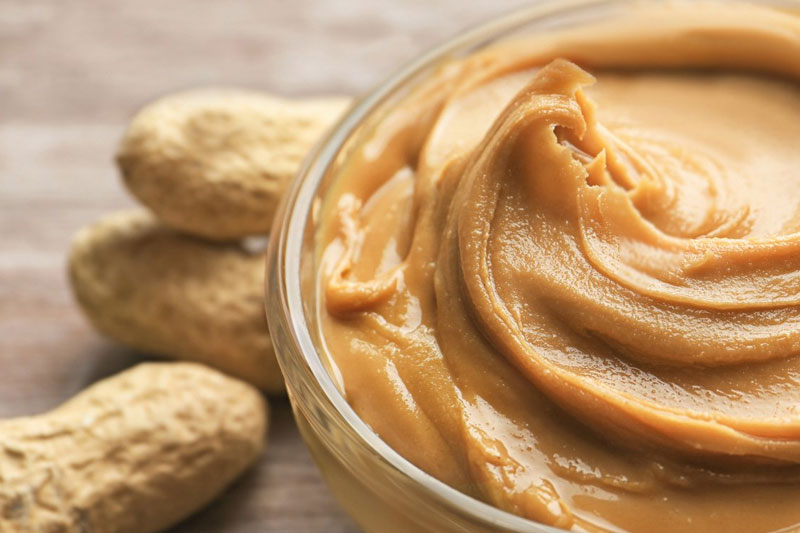 While food poisoning from contaminated peanut butter is not a matter of regular concern, it has happened far more times than we’d like.

Public panics for contaminated batches in 2009 and 2014 reminded everyone of the eerie possibility, mainly because of how idyllic the conditions are for the invading pathogens.

Peanut butter is a fatty food, and fats are known to protect and encourage the growth of salmonella. So while it rarely happens, when it does, it may survive within the product for months.

Luckily, prevention is simple—make sure to keep track of any food recall news, since these cases are uncommon.