Different cultures, different ways of executing a marriage but one thing in common- the union of two individuals. From smashing of plates down to kidnapping of brides, read on 10 of the most bizarre wedding traditions. 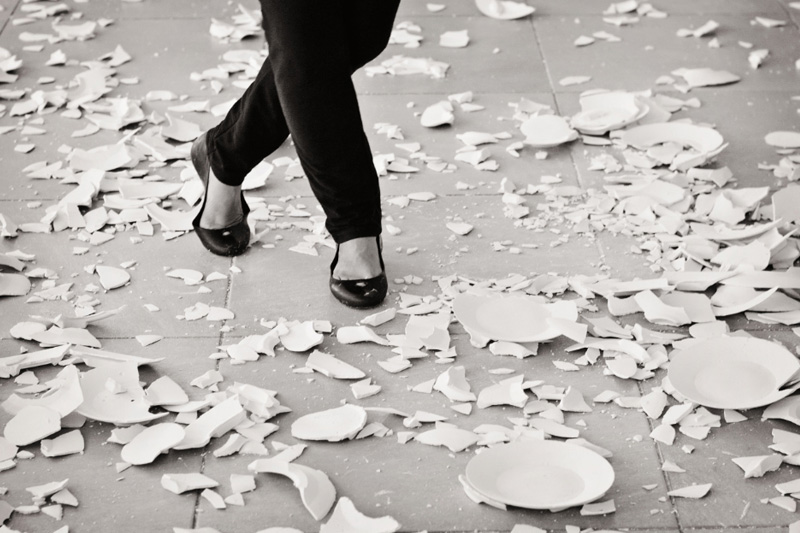 Plate smashing was popularized in Greek weddings as an expression of happiness and abundance. Plates smashing have reached other parts of the world too. In Germany, plate smashing happens the night before the wedding, when guests smashed plates, glass, and teacups before entering the couple’s house, the broken pieces are believed to bring good luck. In Finland, during the newlyweds’ first dance/waltz, the mother-in-law put china (plate) on top of the bride’s head, once it falls and breaks, the number of broken pieces indicate the number of children the couple will have. In a wedding reception in Czech, after guests have smashed dishes, the newlyweds will clean it up, believed to bring along and healthy partnership.