Back in the 00s, Kelly Clarkson tried to explain to us what happens behind hazel eyes. And while it was a massive hit, it falls quite short when it comes to scientific accuracy.

Hazel eyes are beautiful, rare, intriguing, and fascinating at the same time. Curious about them? Take a look a ten surprising facts about hazel eyes you may not know about. 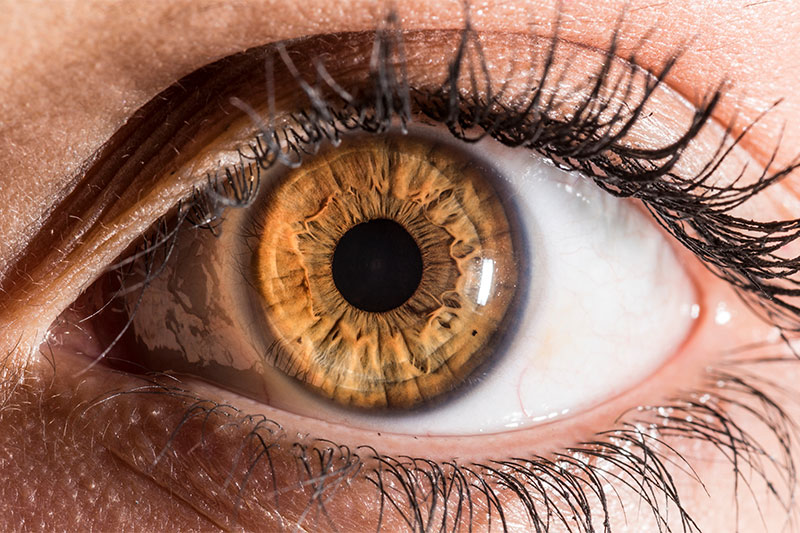 While most of us can identify hazel eyes at first glance, a clear definition is considerably harder.

Hazel eyes display a mesmerizing combination of shades. While mixtures of brown and green are most common, hazel eyes can also feature different tones of amber, gold, and sometimes even blue.

As a consequence, hazel eyes feature multiple color patterns and shades, making them quite hard to classify.

9 – There are two main types of hazel eyes.

Hazel eyes are predominantly a combination of brown and green, but not precisely in an even manner. As such, brown eyes can display both shades in wildly unpredictable patterns.

Some hazel eyes display dominant brown shades with specks of green that can be confused for amber. Similarly, folks that have mostly green eyes with only some shades of brown may think their eyes are green.

However, regardless of differences, any eye that displays both tones is considered hazel.

8 – Hazel eyes are a result of melanin distribution. 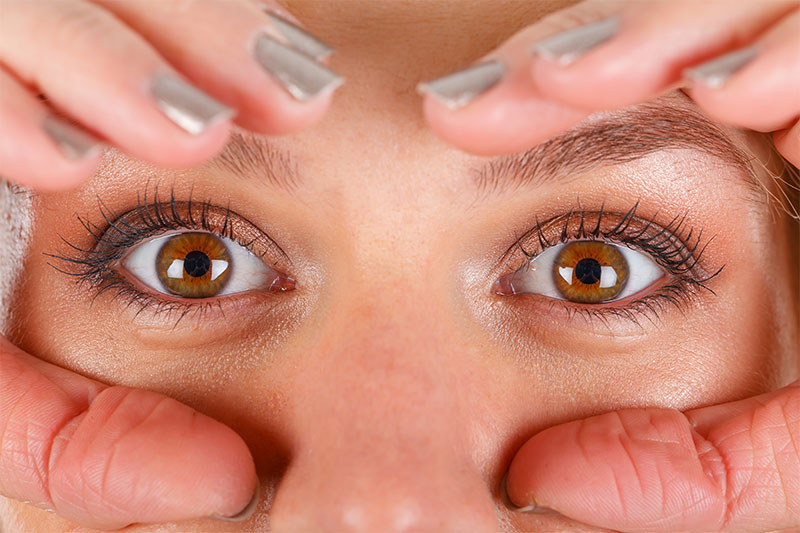 The ring of color within your eye is called the iris. The iris, in turn, is full of a natural pigment called melanin, and it determines your eye color.

In short, the more melanin you have, the darker your eyes are.

The multi-colored effect of hazel eyes is mostly a consequence of uneven melanin distribution. The brown specks of color display higher levels of melanin, while the lighter segments lack the pigment.

7 – Hazel eyes can change under sunlight.

A particularly magical aspect of hazel eyes is how they seemingly shift when exposed to sunlight. Frequently, this exposure highlights the multi-colored nature of the iris, making for a stunning display.

This is a consequence of the optical phenomenon called Rayleigh scattering. Light reflects in the iris and scatters, depending on melanin levels. The uneven distribution of melanin in hazel eyes means light scatters differently, therefore increasing the number of colors visible.

6 – Anyone can be born with hazel eyes. 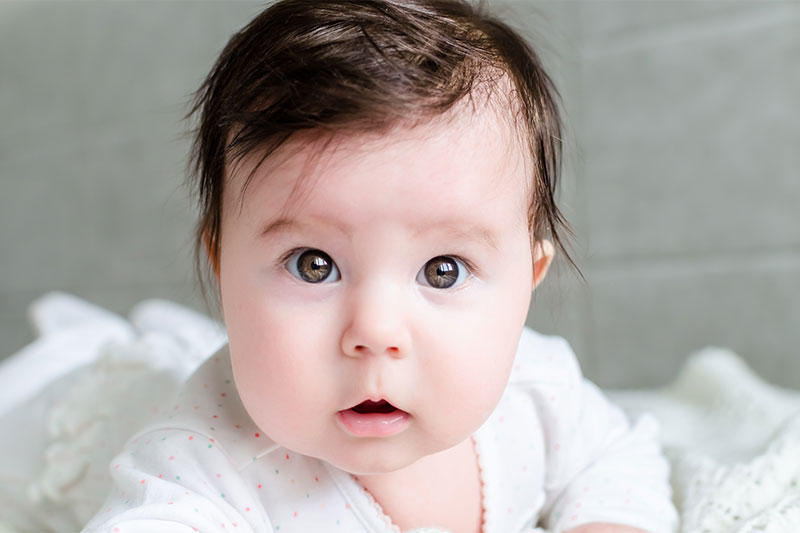 Eye genetics is a complicated matter. Recent studies have determined that it’s more than plausible for a child to inherit an eye color utterly different from those of his parents.

As such, any baby can be born with hazel eyes.

However, hazel eyes are more common in specific world regions. Particularly, Caucasian areas that display a high mixture of people with brown, blue, and green eyes.

Despite their similarities, there is a vast difference between brown and hazel eyes. Mainly how widespread they are.

According to World Atlas, around 79% of the world’s population displays brown eyes, while only 5% have hazel eyes, making them significantly rare.

However, green eyes are even rarer—only 2% of the world’s population has them. Shades such as grey and violet are so unique they are statistically minuscule.

4 – Hazel eyes are sensitive to sunlight. 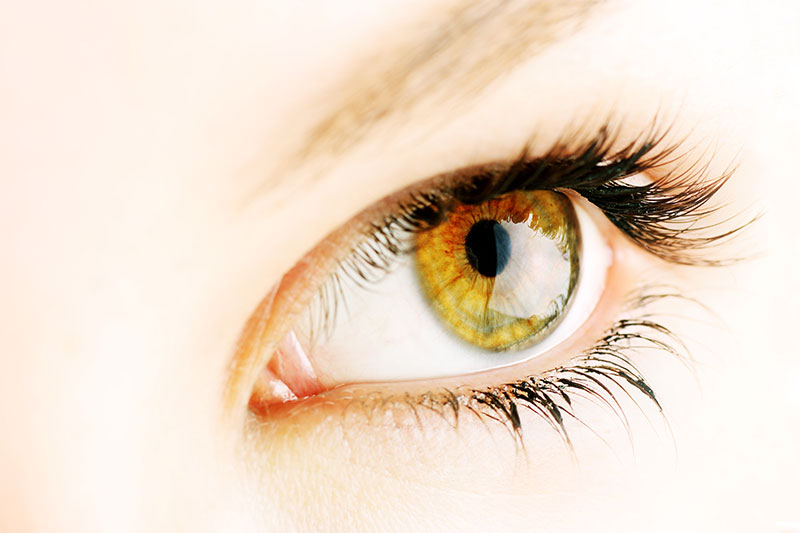 It turns out that higher levels of melanin offer an extra layer of protection for your retina against sunlight. Subsequently, lighter eye shades display spare sensibility to sunlight.

While hazel eyes have more melanin than their blue or green counterparts, they are still more sensitive to the effects of the sun than brown-eyed folks.

3 – Having hazel eyes can say a lot about your personality.

A famous saying affirms that eyes are the window to the soul, and some scientific studies are trying to prove that right.

A study from Örebro University in Sweden established a link between eye color and personality traits. According to this research, people with hazel eyes are often adventurous folks with a bright imagination, a courageous disposition, and a deep sense of responsibility. 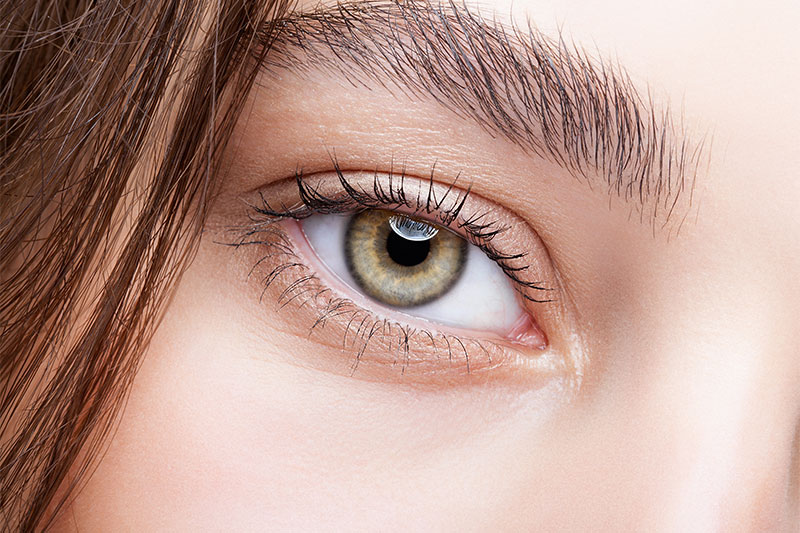 It’s widely known that fingerprint patterns are unique to each person, but did you know the same applies to hazel eyes?

Part of what makes hazel eyes so hard to define is that each pair is unique. The width of each color ring, the shade distribution, the tone around the pupil, and each speck of color involved are distinctive. Similarly, the way they reflect light produces different results.

This is a distinguishing feature of hazel eyes that are not shared with monochromatic colors.

It may seem something out of a fictional story, but it’s true—your eye color changes with your emotions.

It turns out that your pupil changes size according to light exposure and individual emotions, which in turn affects the distribution of melanin pigments within the iris.

While this happens for everyone, the color change is more evident in hazel-eyed people, thanks to their multi-colored irises.