The father of The Theory of Evolution, Charles Darwin, was born in England in 1809.
In total, his family had six children, and Charles’ father, Robert Darwin, was from a noble English family and worked as a doctor for Augusts. The mother of the scientist belonged to the family of famous owners of the Wedgwood porcelain factory; she died when the boy was only seven. Both families adhered to the Christian Unitarian faith (followers of this religion deny the existence of the Holy Trinity). How did Darwin manage to become famous throughout the world and become the father of evolution? Today we will tell the unknown facts about his life. 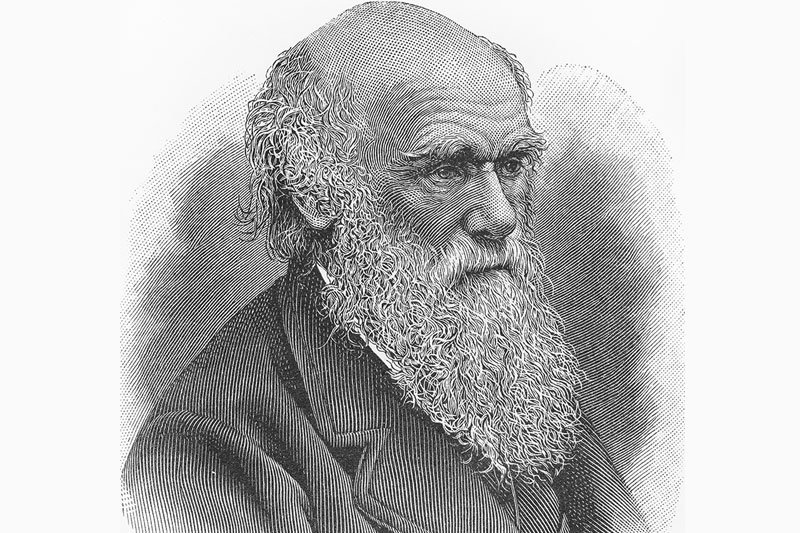 10 – The Darwin family had incestuous relations

Charles Darwin’s theory changed the world and the vision of genetics, but this did not make him less vulnerable to genetic abnormalities. Darwin had ten children, seven of them survived to adulthood; three of them could not continue the clan.

In 2010, scientists examined the family tree of Darwin. They concluded that he had incest in his family – cousins ​​and a family started a family – and this, as a rule, leads to weak immunity in the offspring and sometimes infertility. For example, Darwin’s mother was born into a family of second cousins. Darwin is one of the most striking cases of incest in history.

9 – Darwin was supposed to be a priest

In 1825, young Charles entered the University of Edinburgh at the Faculty of Medicine, but he did not like the idea of ​​the profession of the surgeon. Therefore, he decided to change his educational institution and entered Cambridge to become an Anglican priest; his father hoped that would be so. To obtain a bachelor of arts degree, you first had to gain knowledge in the field of theology and mathematics. Even though Darwin did not work out with theology, in 1831, he still graduated from Cambridge.

During the training of Darwin, natural science became interested, which put an end to the interest in theology and the desire to become a priest. Surprisingly, Darwin’s grandfather was ahead of his grandson in creating a theory of evolution.

8 – Travel on the Beagle

In 1831, Charles Darwin went on a voyage for five years, and he visited South America, Oceania, and many other remote corners of the Earth. During the trip, Darwin made many observations in the field of geology and biology; some of them still do not lose their relevance. Probably, Darwin absorbed the achievements of his grandfather on the theory of evolution from his stories and believed that this was true.

Many believe that Darwin was an atheist. Still, it’s false, as he adhered to deism and thought that the Lord created the universe and allowed it to develop without his participation. Darwin was originally a Christian and took part in the life of the local church parish, but starting in 1849, he preferred going to Sunday church. He later admitted that he was more an agnostic, but never an atheist, although he denied the divine creation theory described in the Book of Genesis.