There are mysteries that we, humans, were able to solve like unknown diseases, political conspiracies, and scientific discoveries – then, there are mysteries that no matter how much time we ponder on it and how much thinking we do to solve the puzzle, it remains a glorious mystery to us. From the Babushka lady who never gave up her footage during the JFK Assassination, to the Lead Masks case which increased speculations on extraterrestrial beings, to the Kryptos resting in front of the CIA headquarters, and to the metal objects found in between coals dating from eras where men are not even alive! Bug your mind with this 10 Unsolved Mysteries Still Today! 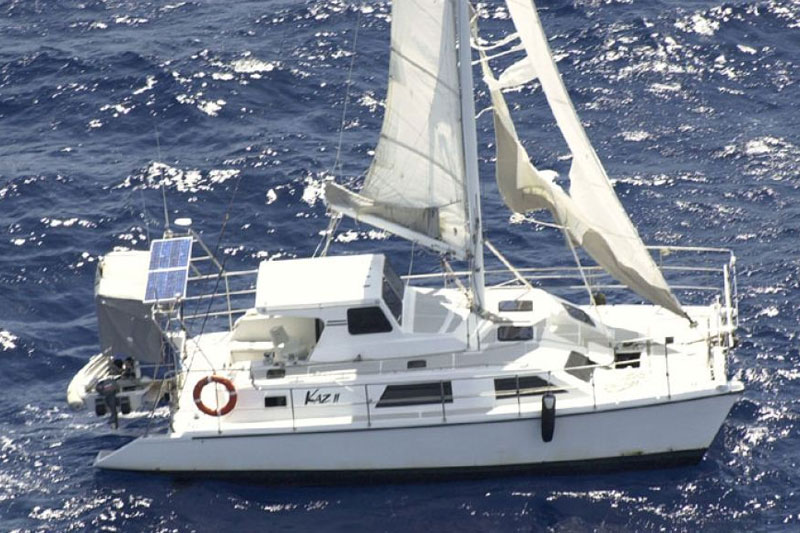 In 2007, off the coast of Queensland, northern April, about 80 nautical miles from Townsville, a yacht by the name of Kaz II was discovered unmanned, after it left the port of Airlie Beach three days ago. When the peace officers checked the premises, they found out that the engine was still running, a laptop was on and continuously running as well, the vessel radio and GPS were working perfectly, and survival equipment was still intact and remained on board, and the meals were readily served like they were to be eaten in seconds – but none of the three-man crew was to be found. Even the video footage that the officers found showed nothing abnormal just minutes before they disappeared. 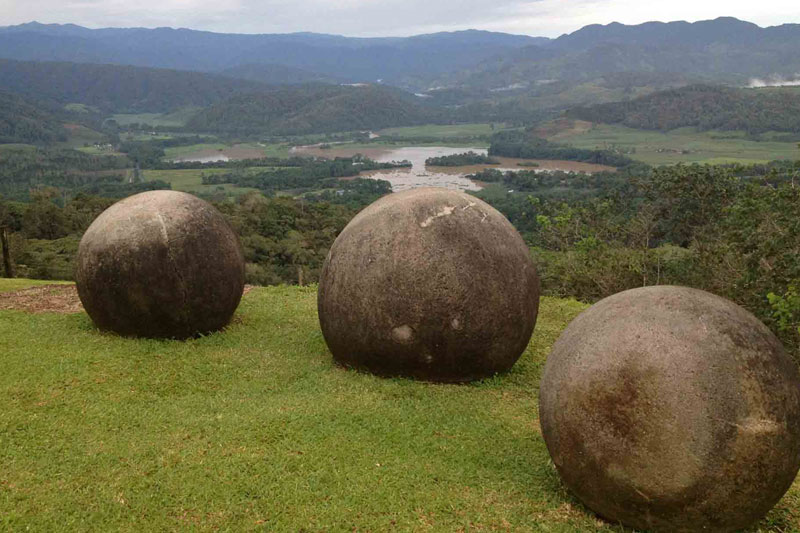 In 1930, while laborer were on they way traversing a tropical forest in Costa Rica to clear an area intended for banana plantations, saw dozens of giant stone balls scattered in the jungle, and they were in perfect spherical shape like they were sculpted that way. The dozens of stone balls were also varied in sizes, from as small as a tennis ball to as large as 8-feet tall and 16-tons heavy. It is claimed that the stones were man-made, but no one has ever claimed the ownership of the stone balls and the purposes for them. 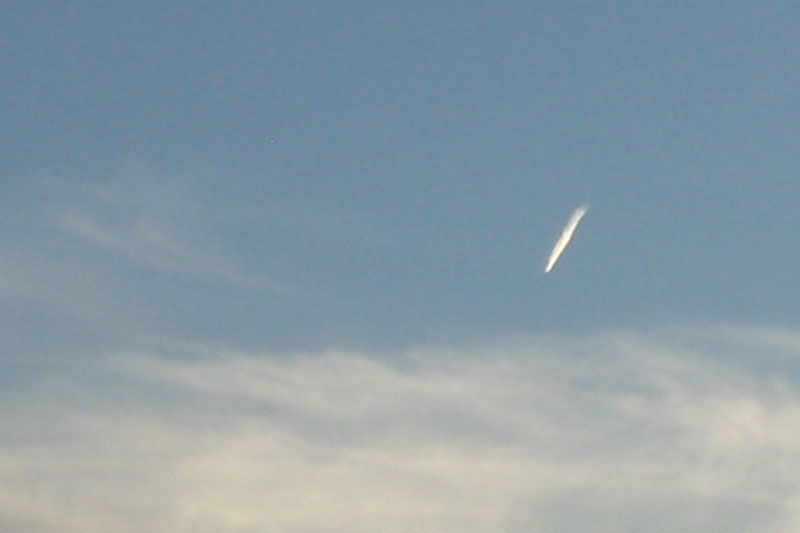 The Cando event happened during January 18, 1994, in the village of Cando, Spain. It was in the wee hours of the morning when a fireball shoots out from the sky – lasting for almost a minute and landed on a hillside near the village. Although no casualties have been recorded, nearly 200 cubic meters of land and terrain disappeared from the explosion site, and almost all the trees in the area were uprooted and displaced over 100 meters down the hill, as observed by the University of Santiago de Compostela officials who were first called to respond. There is no concrete explanation about the event, but conspiracies claim from an unknown military activity to alien activity. 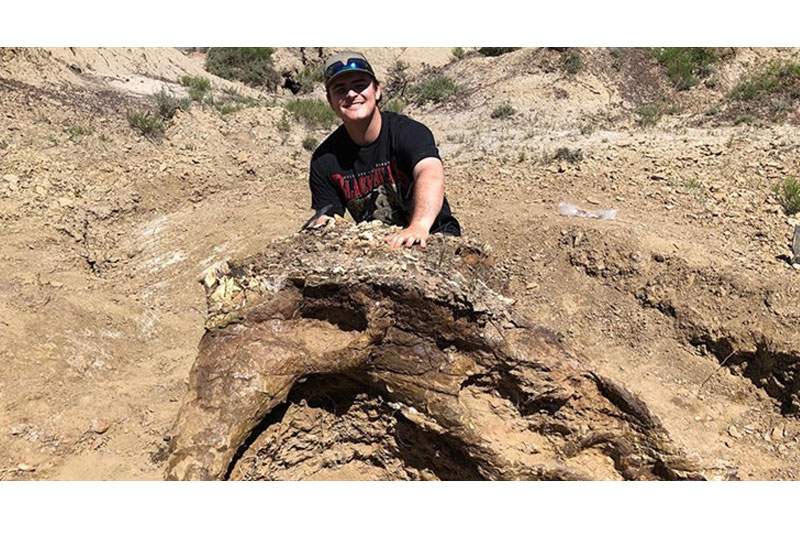 The mystery came into being when, in 1885, scientists discovered semi-ovoid metallic tubes stuck in 65-million-year-old rocks dug in France. The coal was believed to be from the Cretaceous era, where, obviously, humans are believed to be non-existent yet. Another similar incident happened in 1912 when the employees of an electric plant broke a large block of coal only to find out an iron pot stuck in it and a nail enjoined in a sandstone believed to be from the Mesozoic Era. 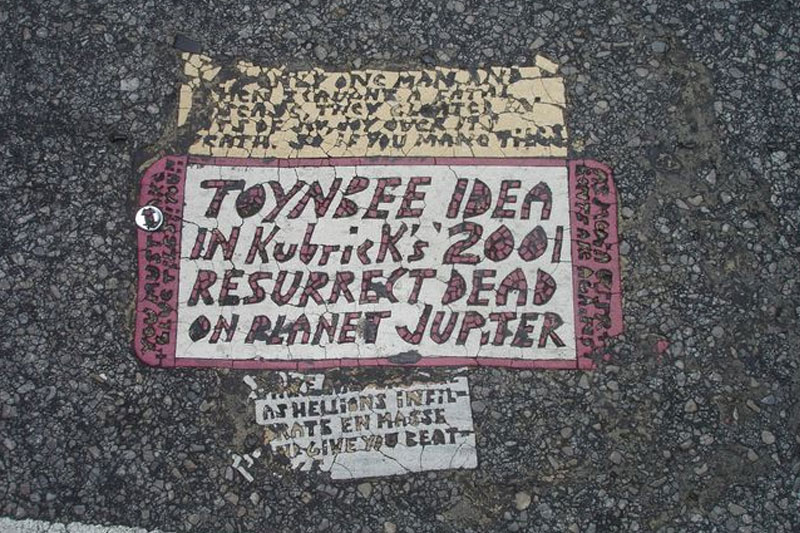 The Toynbee tiles are scattered tiles of asphalt with embedded similar cryptic messages found since the 1980s in many cities of the United States and a three-set in the capitals of South America. These tiles are like puzzle pieces that form a set, wherein you will find a cryptic inscription: TOYNBEE IDEA/IN KUBRICK’S 2001/RESURRECT DEAD/ON PLANET JUPITER. They are usually the size of a regular license plate, but there are larger sets, and some have different inscriptions but generally tell the same idea. There are many conspiracies regarding these mysterious tiles, which cannot be attributed to anyone except that they have always had the same calligraphy. 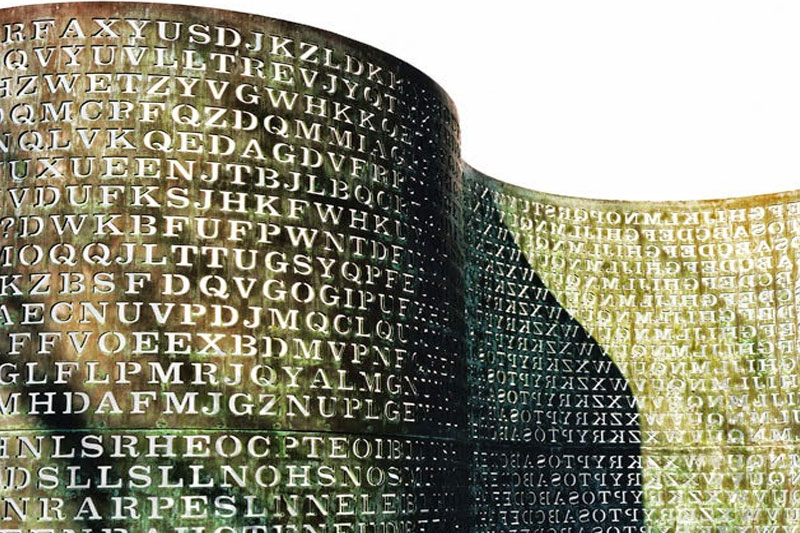 Another mystery with a sort of cryptic message is the Kryptos, an encrypted sculpture made by the well-known artist, Jim Sanborn, which rests just outside of the CIA headquarters in Langley. No one knows about what the inscription really tells, but in 2006, the artist gave out clues on the first inscriptions up to the last one; and four years after, he gave another clue: the letters NYPVTT on the fourth part of the inscription is encoded to mean BERLIN. 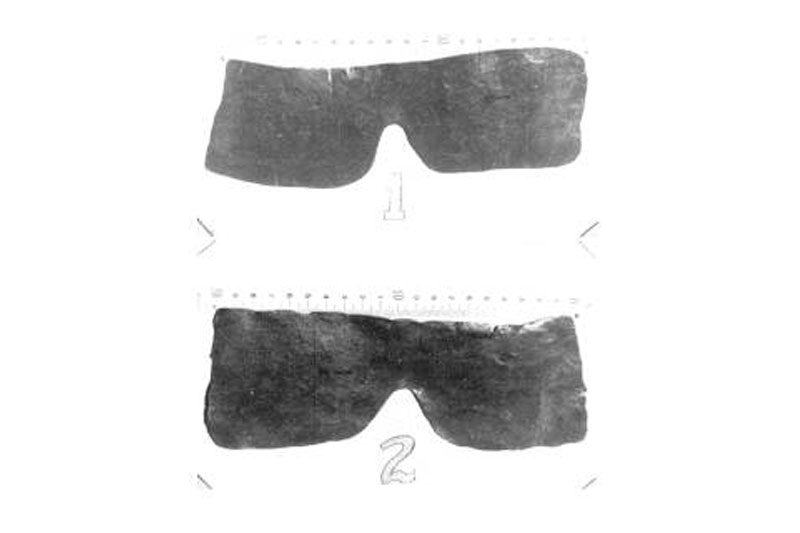 The Lead Masks case purports to be another alien conspiracy theory. According to the facts of the case, the bodies of two electronic technicians were found lying dead in a field in Brazil in 1996, although there were no apparent signs of bruises or violence. They were wearing impermeable coats and lead masks (hence, the name) which are usually used to protect one from radiation. Besides them, there was a small notebook encrypted with signs and numbers and a letter which states: “16:30 be at the agreed place. 18:30 swallow capsules, after effect, protect metals wait for the mask sign”. More mysterious is that a family who was just living next to the area where they were found dead claimed that they saw a UFO flying over the same exact spot where the technicians were found dead.

3 – Dulce Base in New Mexico 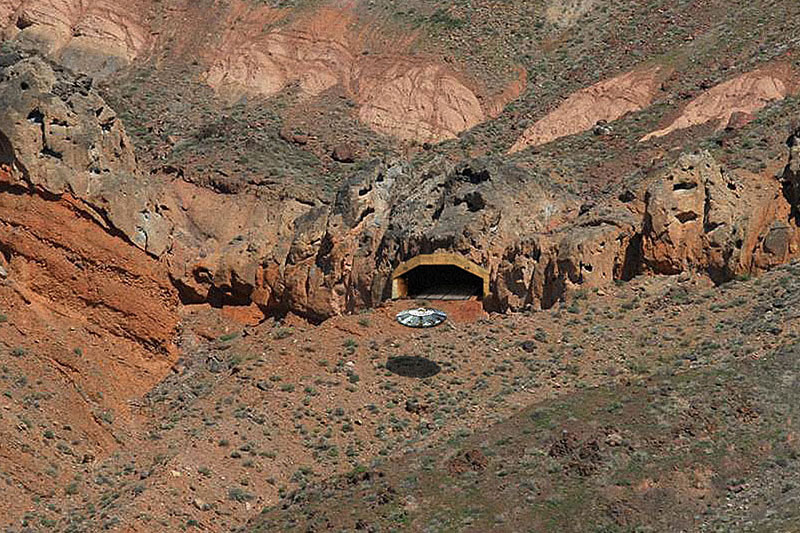 The Dulce Base, in New Mexico, is an alleged underground facility which purports to be a “genetic lab” operated both by humans and extraterrestrial creatures which are conducting various experiments to alter genes to change the form of humans and animals. It is supposed to be found under the Archuleta Mesa, wherein the complex is said to be perfectly carved into a rock to disguise it. Also, residents living within the area claiming of strange humming noises that emanate under the earth and presence of military helicopters roaming in the area, increase the speculations. However, the U.S. government vehemently denies the same. 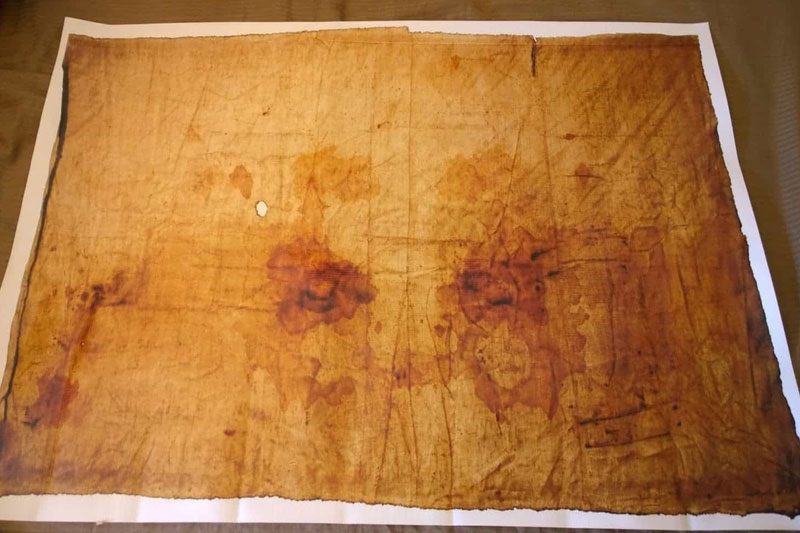 The Sudarium Cloth or the Sudarium of Oviedo is the alleged cloth wrapped around the head of Jesus after his crucifixion and is kept in the Cathedral of San Salvador in Spain. The cloth bears markings of blood that confirms the manner of the death of Jesus, and carbon dating shows that the cloth dated from either 7th century or 14th century. It is also believed to be the cloth mentioned in the Bible, specifically under John 20:5-7. Because of the mystery surrounding it, many visitors visit the cathedral to see the cloth on display every year on Good Friday and its octave. 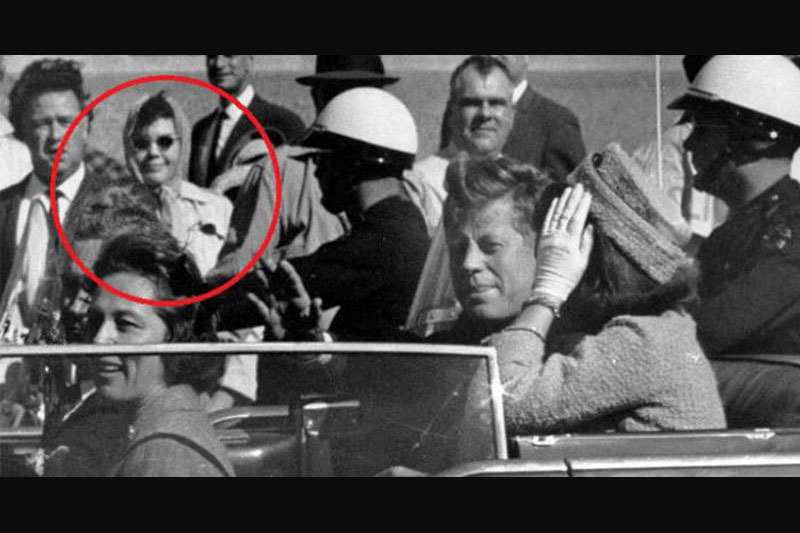 The Babushka lady is the mysterious lady who filmed and witnessed the assassination of John F. Kennedy in 1963. Although many have come forward to claim the identity of the lady, none has yet confirmed its true identity because of the material inconsistencies with their testimonies. This alleged Babushka lady was said to be wearing a brown overcoat and scarf on her head and holding for what is believed to be a camera in front of her face when the President was assassinated. During the footage analysis, it was shown that even long after the public has fled, she remained in the vicinity and continued filming. When the FBI publicly requested her to give up the footage she shot as evidence, she never did.