Everything has an interesting tale to tell, including fruits. Featured here are five of the most common fruits (one is a fungus). Here you will learn about their extraordinary characteristics and story, some of which you probably will be shocked to know. Like banana being a radioactive berry, coconut milk as a substitute for blood, and many more!

Strawberry is not a berry, bananas are. Actually, even raspberries and blackberries are not berries. Grapes, watermelons, pumpkins, and tomatoes are also berries. Now repeat the word “berry” ten times and wonder why it lost its meaning. That’s called semantic satiation.

Another cool fact about bananas is that they’re radioactive berries. Everything is radioactive, but the radioactivity of bananas are slightly higher than normal due to their high potassium content.

Bananas do not grow on trees, they grow on very big plants.

Banana is classified as fruit, but its heart is considered by many as a vegetable.

The largest producer of bananas is India, followed by Philippines and China. Bananas exported from Asian countries are picked green to avoid over-ripening. They are then ripened with chemicals before arriving on your favorite market. Chances are you haven’t tasted what a real banana is like, so the next time you visit an Asian country be sure to compare!

Genetically speaking, mushroom are closely related to animals than plants.

There are some species of mushrooms that literally grow overnight and disappear (like evaporate) when the weather gets too hot. Most mushrooms take a couple of days to a full week to grow their tissues and stems.

Mushrooms do not need sunlight to grow, they just need a damp place to absorb water from and natural wastes (like dead leaves, a tree branch, etc.).

There are certain mushrooms that, when heat is detected, sprays spores at the direction of the heat. This is their way of propagating, since animals produce heat and travel. Think of hitchhiking.

Often, when people talk about mushrooms, the word toadstool also appears. There is a misconception that mushrooms are all edible and toadstools are all poisonous. The truth is that there is no scientific distinction between the two.

Mushrooms are not plants, they’re fungi. But I included it here because it’s so damn interesting and tasty. To help you understand what I just said, here’s a useful chart from Wikipedia:

The kingdom most people are familiar of are Kingdom Animalia where animals belong and Kingdom Plantae where herbs, fruits, and vegetables belong. Mushrooms are from a totally different kingdom, which is Kingdom Fungi. Not plant, okay?

Apple is the most favored fruit of the ancient Romans and Greeks, going further as to create a whole mythology surrounding it. In ancient Greece, throwing apple at someone’s foot is a symbol of love and great admiration.

In Christianity, it symbolizes love and seduction, temptation, and even sin. The term “Adam’s apple” on male was created because of the idea that the apple Adam ate got stuck on his throat.

There are more than 7000 varieties of apples worldwide. When a seed is planted, there is no guarantee that the tree will produce the same variety of apple from where it was taken.

The number one producer of apples is China.

Apples belong to the Rose Family, under Kingdom Plantae.

Pineapples can be poisonous until reaching their ripe stage. It’s probably not a good idea to eat a pineapple if you’re not sure it’s already ripe. One technique you can use to expedite the ripening is by setting it upside down (leafy part on the floor) for some time. This accelerates ripening. But there is no need to do that, since you can easily know if a pineapple is already ripe by pulling one of its leaves, if it detaches easily that can only mean that it’s already ripe.

It can take up to 18 months for pineapples to fully grow. During this time they’re poisonous, as said above. Even when ripe, there are people who still experience discomfort when eating pineapples. Some to the point of choking, inflamed tongue and itchy throat.

The earliest record about pineapples date back to the 1300s, back then they were given the title “Fruit of Kings” because of their rarity. Today, most pineapples are produced from South East Asian countries.

Coconuts are the tallest fruit-bearing tree. They can reach to up to 100 feet. A coconut palm tree usually bears fruit to up to 75 a year, depending on how fertile the soil is.

The entirety of the coconut palm tree, including the fruit, can be used for different purposes. The leaves can be used to set up a nipa hut’s roof, the pulp can be used as cooking oil, the milk can be used as a substitute for blood (yes, human blood), the milk is also used for intravenous hydration.

The coconut water, or milk, is sterile until opened. Good extraction will maintain its sterile state, and can then be used for emergency blood transfusion and hydration.

The most expensive variety of the coconut is called macapuno, which grows in the Philippines. A macapuno’s pulp, or meat, is gelatinous and is sweet.

Other uses of coconut:

If you’re stuck in an uninhabited island (which will no longer be uninhabited!) the first thing that you need to look for is a coconut tree. If there are any, you’ll be safe from dehydration and starvation. If you’re skilled (or have watched several Survivor seasons) you will be creating a cozy hut in no time.

Due to its usefulness (like 99% of it can be used) it has been given the title the “Tree of Life”. 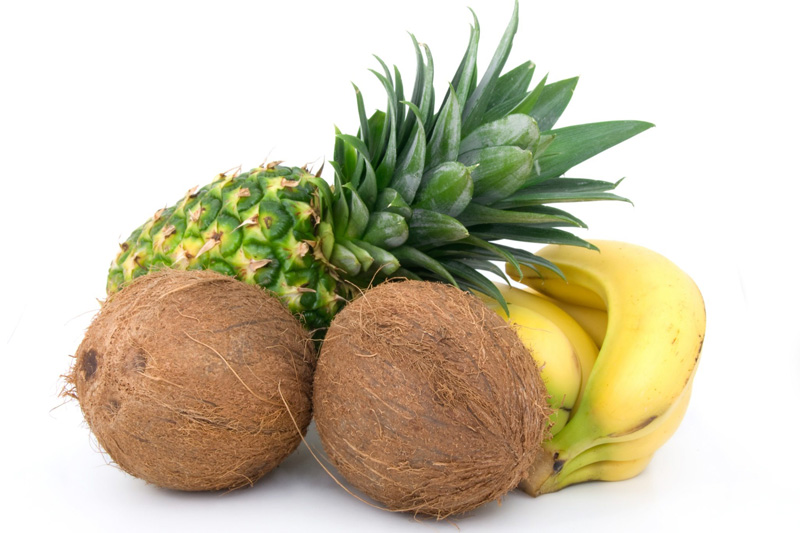