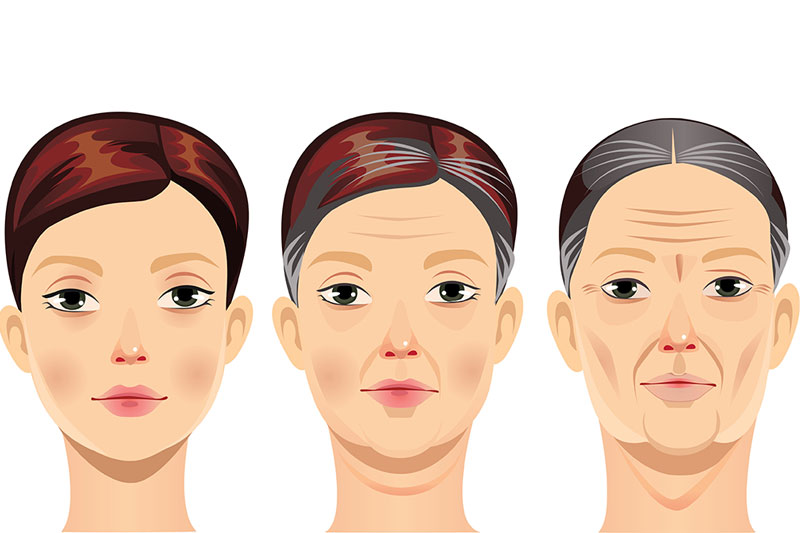 You have heard how women live longer than men for a variety of reasons, on average anyway. There are some men who have lived to be over 100 years old. However, on the flip side, even though women live longer than men, on average, they also age faster than men. If you thought that was a myth, it is actually a fact. And there is not only one reason why women tend to age faster than men. There are actually five reasons why that does happen. Let’s go over those reasons right now.

There are plenty of men who face a lot of stress. However, the fact of the matter is that women struggle to handle it better than men and one large reason for that is that they struggle with hormonal fluctuations that can wreak havoc on moods. You have women that deal with hormone fluctuations and that also has to do with depression. Therefore, that alone stresses the body in addition to any external stress that women deal with such as working and having to care for a family, and so on! Men may have their fair share of stress, but they don’t face the same degree of hormonal struggles that women do which is why it doesn’t affect them as much.

Having Children Can Cause Women To Age Faster

Not all women have children, but even they tend to age faster for other reasons which include the reasons written above. However, women that give birth are known to age faster because of the number of telomeres that women have. They end up losing more telomeres which can also speed up the aging process. In addition to that, women that experience stress during pregnancy can speed up aging which will affect them after birth – many years after birth.

Women Have Thinner Skin Than Men

Men have skin that is 25 percent thicker than women and that alone can have a significant effect on skin aging. Since women have thinner skin, they are a lot more prone to wrinkles than men. However, that does not mean that men don’t get wrinkles as they do, and their wrinkles are deeper than the ones on the skin of women. Therefore, yes, the thickness of the skin will have a significant impact on the aging process as well.

Testosterone is responsible for slowing aging, and women don’t normally have much of the hormone. However, estrogen can also help reduce aging. In fact, estrogen is an anti-aging hormone. The thing to keep in mind is that estrogen isn’t produced for very long and once the production of estrogen slows down, that is when the aging will begin to show. Men have high levels of testosterone for a long time which is also why their aging slows until the testosterone levels begin to wane as well.

Menopause is the kicker when it comes to women losing their hormones, and the rest of the estrogen in the body will become swallowed up during menopause in addition to other hormones. Therefore, a lack of hormones will end up speeding up the aging process in women even quicker. Men don’t deal with such a radical change when it comes to the loss of hormones the way women do. Not to mention, menopause is stressful as it is.

It seems unfair that women who endure so much have to age even quicker, but that is just part of being a woman. Luckily there are natural anti-aging products that can work very well and help restore youthful-looking skin in women.