People were literally falling off their chairs laughing, when in 2002, the British travel agency Club Direct, began issuing policies to cover injuries caused by falling coconuts. Brent Escott, their managing director, cited statistics that claim 150 people, or ten times the victims of sharks, are killed every year by falling coconuts. There was some perception that perhaps Mr. Escott had been struck on the head.
But he was quoting facts. Those facts were derived from a paper written in 1984 by Dr. Peter Barss, a former professor at McGill University, who had spent seven years as a hospital director, in Papua, New Guinea.

During that time, Barss noted a high incidence of head injuries from falling coconuts, and because there were no statistics on such accidents, he decided to compile some. What he came up with was the following. A coconut can weigh from 4-8 lbs, and when falling from a 25′ foot high tree, has the kinetic impact force of one metric ton. That was apparently a big headache for the natives where he was working. 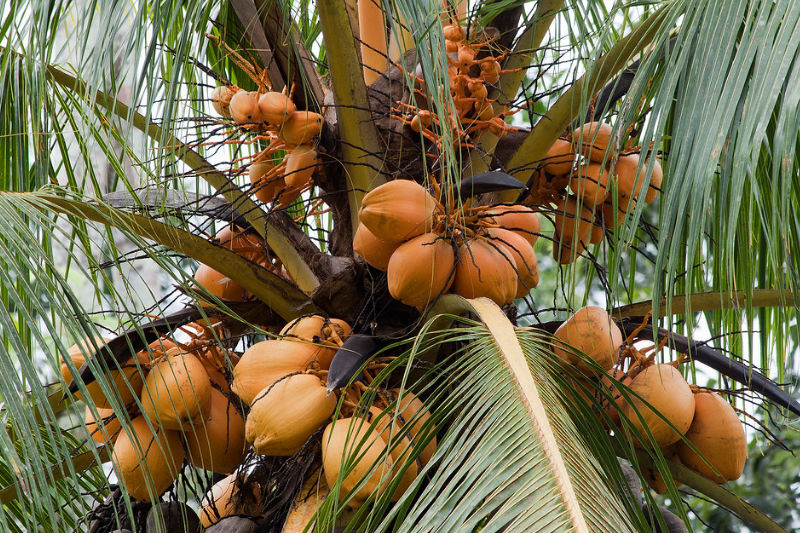 Barss, now an injury prevention specialist, went on to publish his findings on the nine recorded cases of conking coconuts, in the Journal of Trauma, with the title “Injuries Due to Falling Coconuts”. The study won an Ig Nobel prize, an award given annually by Harvard University in recognition of research that “cannot or should not be replicated.”