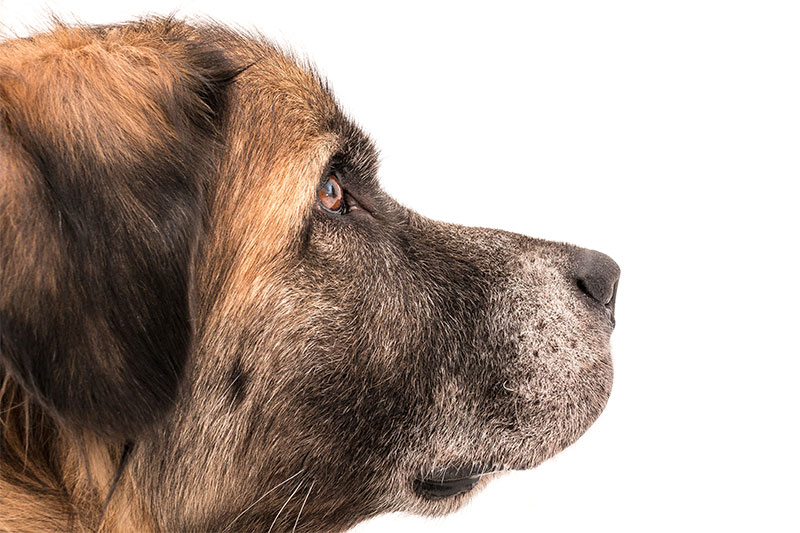 As your dog gets older, you may find that their behavior becomes somewhat odd and it is not unusual for your dog to display strange behaviors as they age. They develop odd habits and it is a part of getting older. The same goes for humans as they age as they become more set in their ways and may develop some habits that they did not have when they were younger. However, how do you know that when your dog ages it is normal behavior that changes simply because of getting older or dementia?

Does Dementia Happen In Dogs?

Dementia can definitely happen in dogs when they enter their senior years. For larger dog breeds it can be around 9 or 10 since they have the shortest life spans, and for smaller breeds, it can happen at around 13 or 14. There is a 40 percent chance dogs as they enter that late stage in their lives can develop dementia or what is also known as canine cognitive dysfunction or CCD. Scientists explored CCD about 20 years ago and did plenty of research in it. The reason that CCD can happen is that humans want to understandably prolong the lives of their beloved pets as a wild dog’s lifespan is not naturally that long.

Older age of dogs ages the same way as humans do and that is why you are seeing a prevalence of CCD. Even though you can identify dementia in humans, it is now something you need to identify in aging dogs because dog dementia is happening more and more. And it is very distressing for the owners because of not understand why the dog is behaving in such strange ways. How do you know if your dog could be displaying signs of CCD? There are things to look for so you know what could potentially be happening with your aging pooch.

What Are The Signs Of Dementia In Dogs?

Dementia in dogs or CCD is not a one-size-fits-all approach. However, dogs that are displaying signs of cognitive dysfunction will often get lost and disoriented. That means if they end up behind the sofa, for example, they may get stuck there and not know their way around it. Therefore, you could be thinking that your dog disappeared. You call your dog over and over again and they don’t respond. You become anxious until you see that the dog is standing there confused behind the sofa.

Another sign of CCD in dogs is that they will pace repetitively and do other repetitive behaviors such as paw licking which lasts a lot longer than it should. Other signs of it in dogs can also be them staring at walls, as well as not wanting to socialize as they prefer to be alone more, and can struggle to get a good sleep. Dogs that have dementia can also be more anxious in general, and will also display inappropriate vocalizations such as whining, barking, and howling for no good reason. What do you do when you realize that your dog has dementia? Stimulation is key.

Keep Your Dog With Dementia Stimulated

The best thing you can do for your dog with dementia is to keep them stimulated. That means let them play catch, allow them to play outside, and be as interactive as you can be with them. Nothing can cure dementia in dogs, but it is all about helping to reduce some of the symptoms such as anxiety and stress. If you keep them interactive then you can help slow the decline, but unfortunately, nothing can prevent it from happening further in the end.