Are you struggling with your lungs? Do you have a hard time catching a breath and/or you can’t stop coughing? Either way, this means you need medical attention immediately. What could these issues with your lungs possibly mean? 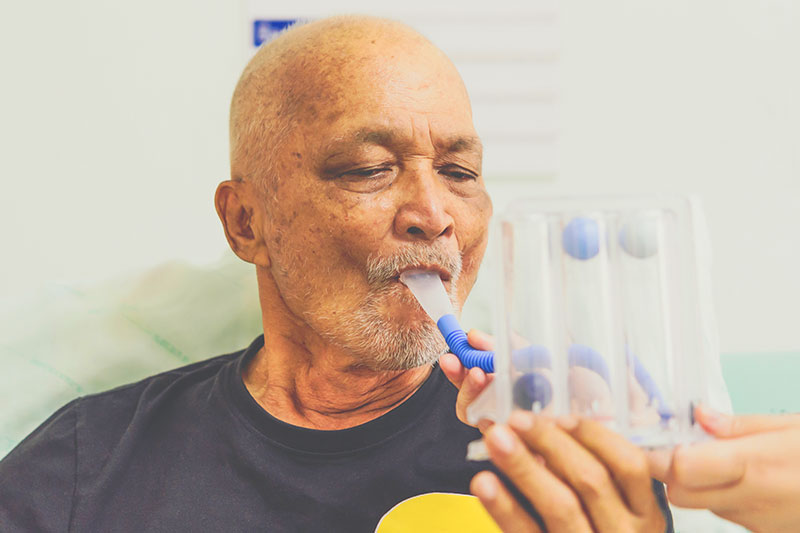 Let’s go over the eight common things that could be behind your lung problems right now.

COPD is a spectrum of many respiratory ailments that cause breathlessness or the inability to exhale properly. Symptoms of COPD include coughing up sputum and it is worse in the mornings. It is difficult for determining which respiratory ailment you are suffering from when you have COPD because it does become hard to pinpoint. It worsens with age as well.

Chronic bronchitis is a type of COPD and it is characterized by a chronic cough as well as coughing up sputum. The mucus takes up too much space in the airways which is why it is chronic and it is also typical for those who suffer from this condition to constantly develop acute bronchitis. That is the infectious type which can be caused by bacteria or viruses.

Asthma is a common lung condition that results in inflammation of the airways. Therefore, breathing is difficult and the airways become inflamed whenever there is exposure to allergens, pollutants, chemicals, and even fumes. However, the puffer will help open up the airways once an attack begins.

Emphysema is a serious lung problem and this is another form of COPD which is oftentimes caused by smoking. Those who have this condition have trouble exhaling and the damage to the lung tissues is so extreme that it beyond repair. The condition worsens over time and the patients who have it eventually need to be on oxygen.

This type of cancer is hard to detect because tumors can grow in any area of the lungs. However, oftentimes the tumor grows in the main part of the lungs. It grows near the air sacs and chronic coughing and loss of appetite can be symptoms. Coughing up rusty colored sputum also is a symptom.

Cystic fibrosis is a genetic recessive disorder and most people are diagnosed as infants. But many times, cases of the condition can be so mild that those who have it may not be aware of it until they are teens or adults. There are no enzymes present in breaking down mucus and this is the cause of over-production of mucus which means in severe cases lung transplants are necessary. Those who have it severe don’t make it past middle-age. But there are some forms of this condition that develop in later life and it happens more often in men than in women.

Pneumonia is an infection and it happens when the air sacs in the lungs are attacked. It can be viral, bacterial, or fungal. Wheezing, shortness of breath, coughing, and coughing up sputum are signs of it. Fatigue and loss of appetite are associated with the infection as well. Healthy people usually recover in one to three weeks.

When there is fluid buildup between the lung and the wall of the chest, that is pleural effusion and there are common causes for. It can be the result of congestive heart failure, pneumonia, and cancer. It is painful and breathing is labored, and difficult. Fluid can be removed through a procedure that helps reduce pain and ease breathing. Then the fluid is tested to determine the cause.

If you are having any abnormalities in your lungs, don’t wait to see a doctor. It can be any of these serious issues.