Who would have thought a thin strip of a pig’s back could become so popular? Bacon is decadently meaty, fatty, and slightly sweet. It’s the perfect complement for burgers, a breakfast staple, and even a gorgeous ice cream topping. 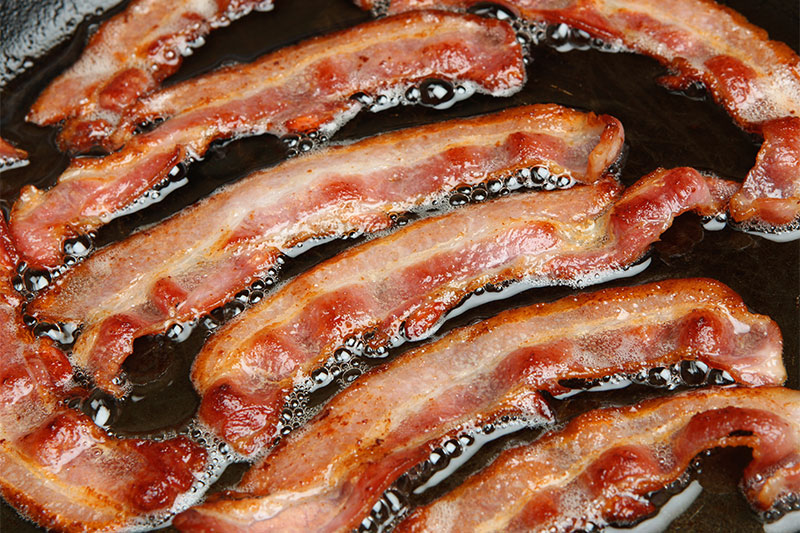 When it comes to bacon, though, we rarely get the most out of it. We’re not cooking it right, and that’s a shame because we should take it to its fullest expression and enjoy it at its prime. To help you get there, here are 8 devastating mistakes you must avoid for better bacon.

You’re buying too much of it 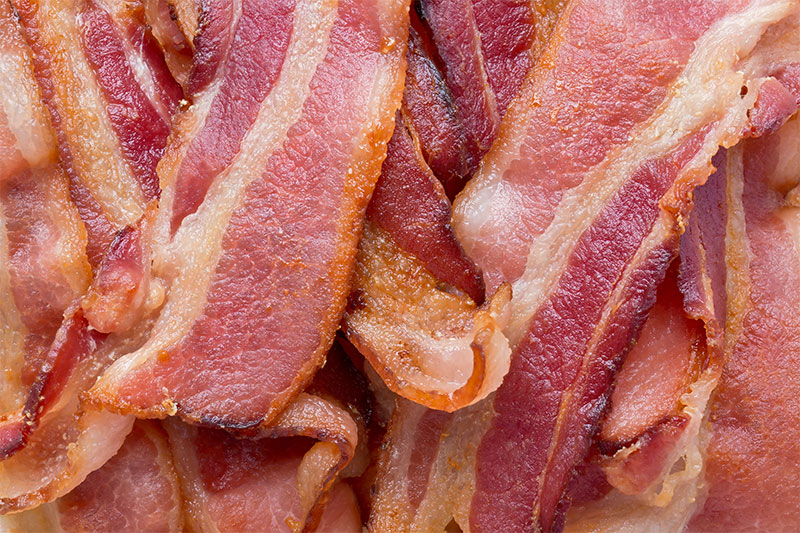 Bacon is cured pork meat, which means it’s quite stable. Either it’s smoked or preserved in salt. Our favorite meaty treat won’t go bad without putting up a fight, but at the end of the day, it’s food, and it does go bad.

Fresh bacon is immensely better than a week’s old store-bought. Buy what you need and never much more than that. After a few days, bacon gets a “fridge” flavor.

If you can, visit your local butcher and get the real stuff. There’s nothing fresher than bacon sliced right in front of you.

You’re not getting the good stuff 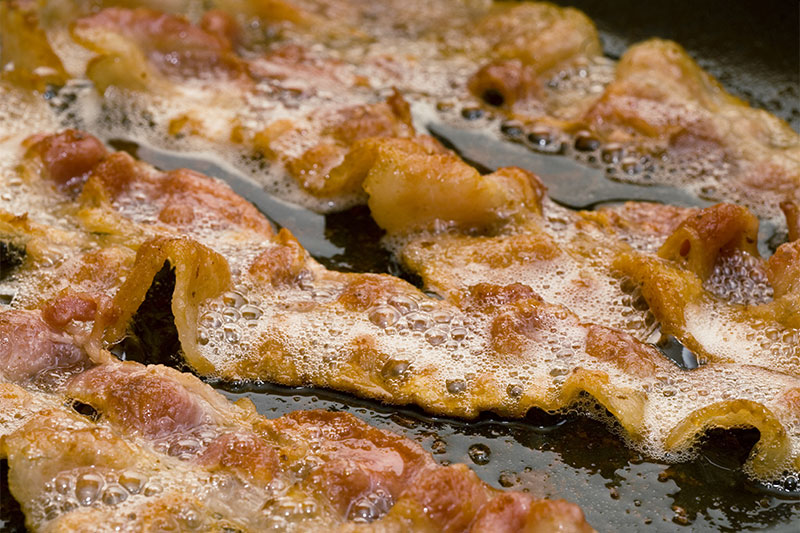 We think bacon is just bacon, but it’s not. There are distinct qualities at all price ranges. If you grab the first pack of bacon you find in the supermarket aisles, you might get flavorless, turkey bacon, and that’s not what you want.

Thickness matters too. Too-thin bacon will stick to the pan, shrink excessively and more often than not disappoint. Get thicker bacon strips from a local butcher — real slabs of cured meat and unctuous fat. If you’re eating bacon, why not do it right?

You’re cooking it too cold 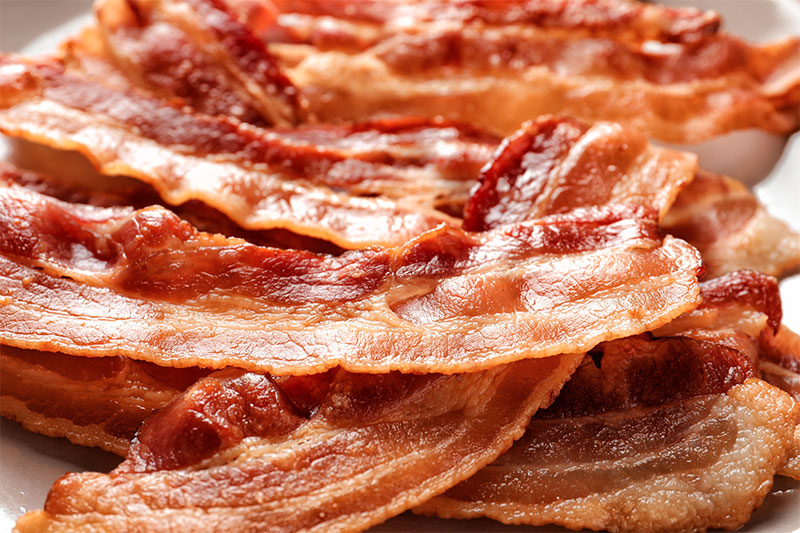 Bacon straight out of the fridge has a temperature of 40° F (4ºC), and cooking it at this temperature results in flabby, soggy strips no one cares to eat. If you allow your bacon’s temperature to rise to room temperature, at least for a little while before cooking it, it’ll char better and get a crunchier texture.

By the way, this applies to all meat. Never cook your steaks straight from the fridge. Cooking is all about being patient.

You’re adding oil to your pan 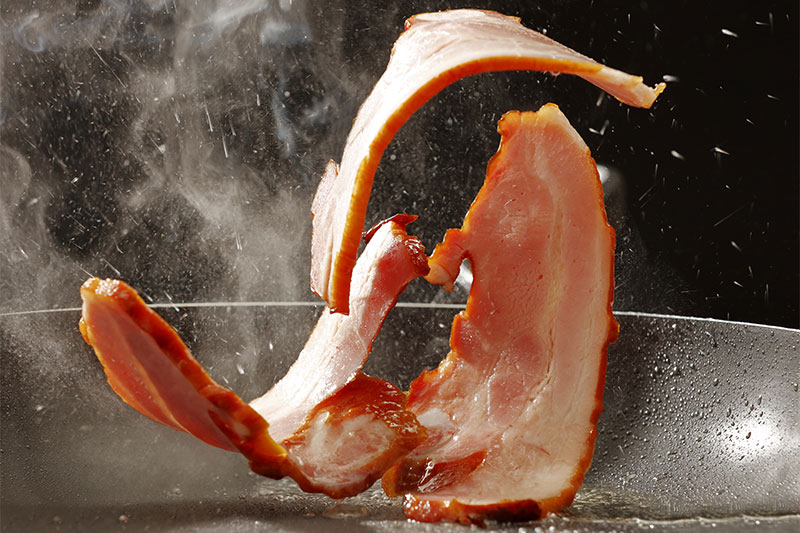 Bacon has lots of fat, and it’s one flavorful fat, so why add neutral cooking oil to your frying pan? You don’t need a pool of oil to cook bacon, it will render soggy, inedible bacon strips and make a mess in your kitchen.

Grab a napkin and sweep your pan with oil, that’s it — just enough oil to prevent your bacon from sticking. You can always bake your bacon too; some people swear by the method.

Your pan is too hot 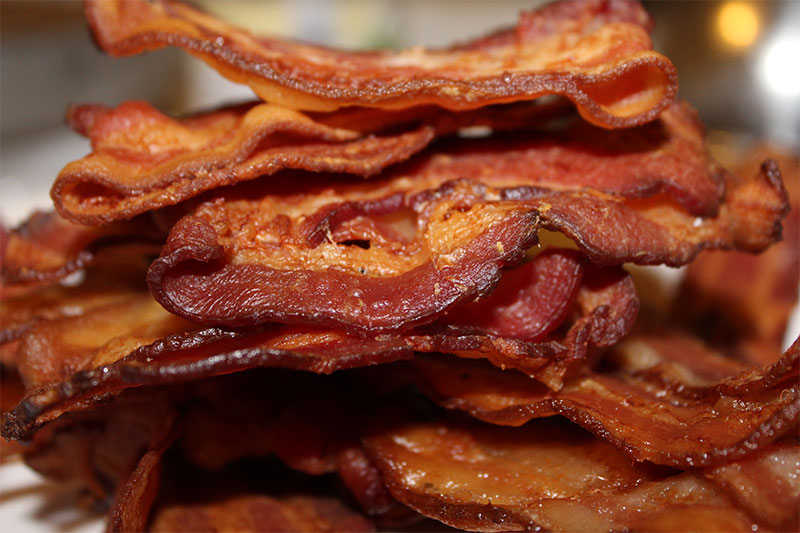 We can already hear that bacon sizzling as you throw it into your frying pan, that’s music to our ears, but it’s actually not the best way to cook it. For the best bacon, you want to start with a cold pan because you want the fat from the bacon to melt before the meat chars.

For bacon, slow and steady wins the race. Allow the pan to warm up and melt that bacon fat for the best results. 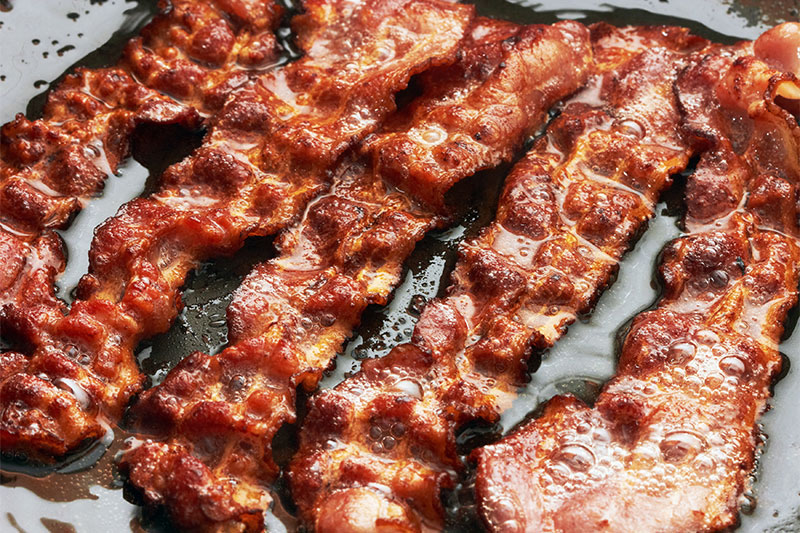 Then there’s the overcrowding. Bacon needs space because each strip of bacon decreases the temperature of your pan. You can also end up with too much fat or moisture coming out of too many bacon strips, which won’t allow it to char and get crispy.

As a general rule, and depending on your pan’s size, if you can fit six strips of bacon, cook three at a time instead. Give bacon some space!

You’re not patting it dry 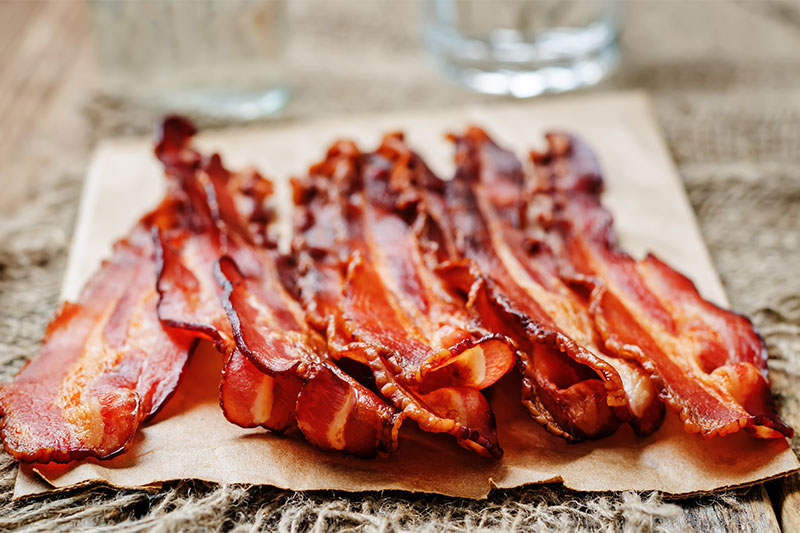 Bacon is very fatty, and then there’s the oil. All this fat is bad for your health, but it’s also unappetizing. Patting your bacon strips dry with a paper towel will dramatically increase its crunchiness and improve its mouthfeel.

By the way, don’t throw away all that bacon fat in the pan (especially not in the sink) use it for cooking some mean French fries for lunch, that’s pure flavor right there!

You’re not making the most out of it 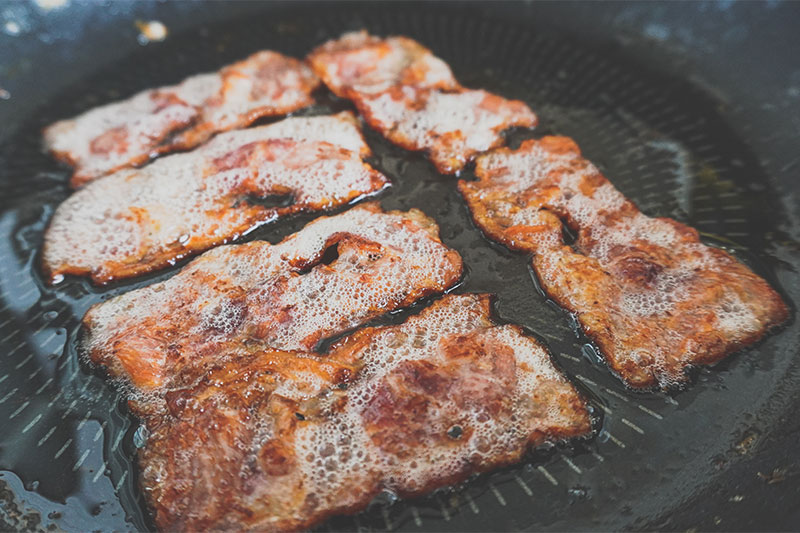 Bacon might be the king of breakfast items, but if you’re cooking bacon only in the morning, you’re doing it wrong. Use it in cupcakes and biscuits, incorporate it to omelets or turn it into salad crumbles. What about a massive BLT sandwich?

Even sweet treats like salted caramel and ice cream can enjoy a few bacon crumbs, be creative, bacon is your friend.

You know what they say, “Either you love bacon, or you’re wrong.” The fatty, heavenly slices have all the flavors and textures we love, and they’re super versatile too.

Cook the perfect bacon every time and share this valuable information with the ones you love the most; bacon knowledge is an expression of affection. Let’s make some bacon and fill our homes with freshly cooked bacon aromas, what’s not to love about that?