As far back as 1850, the Brits and Americans agreed that they had to find a shorter way to get from here to there, and by gosh, a canal through the country of Nicaragua, would be just the steamboat ticket. But no tickets were ever issued, because the canal was an agreement that never saw the light of day. 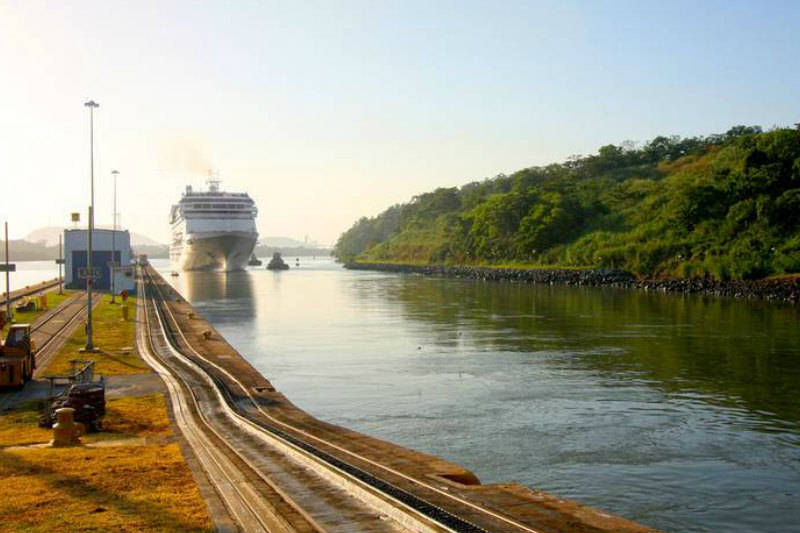 Instead, the French began work on a similar effort across Panama, a province of the country of Columbia, in 1880. Things looked pretty good, especially since the efforts were led by Ferdinande de Lesseps, who built the Suez Canal in Egypt. But nine years later, the project literally ran into the dirt, and went bankrupt. In that short time, 20,000 people had died in attempting to build the canal, most of them from malaria.

Being nothing if not persistent, the Americans and Brits signed a new treaty, and began arguing over where the next effort should be made, if they made one at all this time. Panama was the lucky winner. America signed a deal with the Columbian foreign minister, but shovels were laying idle because the Columbian congress rejected the terms. Both sides immediately rushed troops to the area, but the Columbian Army couldn’t get through the jungles, and discretion being the better part of valor, they declared Panama an independent state and signed an agreement with the U.S. with Teddy Roosevelt’s troops breathing down their necks in 1903. The U.S. got a 50 mile stretch of land, 10 miles wide, for a cash payment of $1 million dollars, and a quarter of a million dollars, annually.

America then used a workforce of some 75,000 people over the next 11 years, to finish the 50 mile stretch of locks, lake, and more locks. Over the entire construction, 25,000 lives were lost, primarily due to two types of mosquitoes carrying malaria and yellow fever. Once the Americans realized what was happening, they instituted preventative measures and the disease rate plunged.

Approximately 25,000 workers died during the building of the Panama Canal and approximately 20,000 of them contracted malaria and yellow fever.