What exactly would you call a star? Simply lights in the skies? Well, despite the misconception, stars are not only more than just lights in the sky, they are actually a lot bigger then they appear and they look a lot different up close. A star is made up of plasma and the reason they shine so brightly is because fusion occurs within the center of the giant beasts. For someone who wants an example of a star up close, look to the skies, the Sun is one of them and it controls our solar system. Nevertheless, there’s even more to these fiery monsters that not everyone knows about, so here are a few facts about stars you might find intriguing. 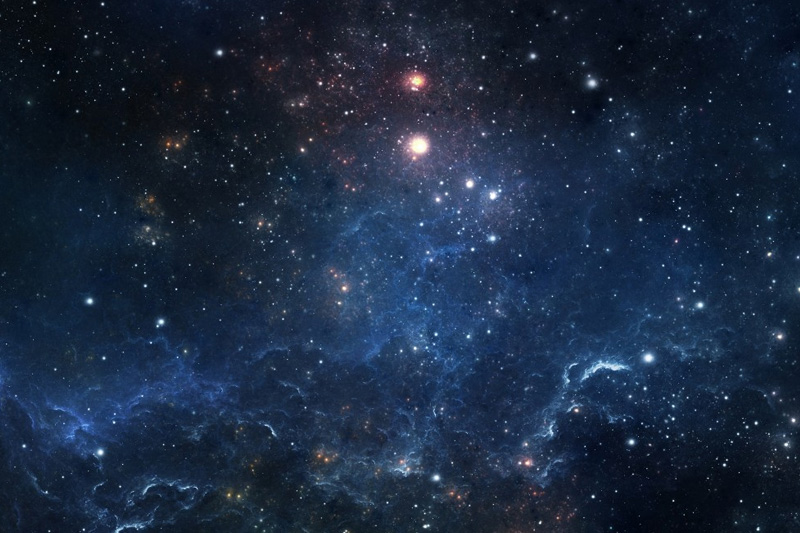 The Sun is the closest star

“That’s obvious!” would probably be the first thought that pops into our head but do you realize how close it really is to us? It sounds like a big number, but in space, 150 million miles is nothing, it’s weird knowing it’s so close to us. But believe it or not, our sun is actually an average everyday star currently in the part of the main sequence of its life cycle. For the last, over 4 billion years the sun has continually converted hydrogen gas into what we know as helium, but it’s not done yet, it has over 5 billion years before it can stop its production of hydrogen and helium. Eventually, once the sun runs out of the essential juices it will evolve into the red giant form; it’ll be more massive than Venus, Earth, and Mars combined, and believe it or not, it will eat them. And after that, it will die.

Stars are made of the same stuff

Every star will start out as simple clouds made up of molecular structures that will eventually start to collapse. Once it collapses, it will break off into multiple pieces, these pieces will go on to form stars. Once the stars can produce nuclear fusion it is officially on track to produce hydrogen into helium like our sun does. What was known as the Big Bang brought these materials into existence to a near everlasting supply.

Stars are in perfect balance

A star is its own worst enemy. Due to gravity, the only reason a star doesn’t collapse is because it’s being pulled forward. A certain pressure is applied to the star that will eventually cause it to collapse pretty much into itself due to the gravitational pull. Nuclear Fusion creates so much energy on the inside that it will cause the stars photons to start moving outward, causing the star to eventually become brighter after 100,000 years of fusion. Once the pressure runs out, it will become a white dwarf.

Most stars are red Dwarfs

Red dwarfs are what make up most of the stars in the universe; these stars have a mass that’s much less abundant then the sun. They can even get smaller than the sun itself, reaching at about 7.5 percent the mass of our sun would normally reach. Even lower than that of a red dwarf would be it’s close cousin, the brown dwarf, these dwarfs are what is known as “Failed stars”. Stars that tried to form but just couldn’t take the heat. A red dwarf, during its life, will burn much less the amount of energy our sun will do, yet they live the longest at ten trillion years even with that less amount of energy.

Much like the colors of the rainbow, stars can come in various colors such as red, white, and blue like the American flag. Despite its heated appearance, red is actually the coolest of the stars out there with Kelvin only at 3,500. Yellow stars, like our sun, can reach out to a Kelvin of about 6,000. But again, despite its appearance, the hottest stars in the galaxy are the blue ones, they’re Kelvin can reach about 12,000. To add even more to this, the mass of the star will determine the how big the core will become, controlling how much fusion is implemented into the star increasing its heat and luminosity ten fold.