A chicken loses its feathers when it becomes stressed.

Not only do tornadoes churn up the air, water and dirt, but they also spawn some of the hardest to believe stories. Tales abound of grass driven through cement walls and bottles were blown inside of other bottles… Perhaps the strangest story of all is that of the naked chicken. 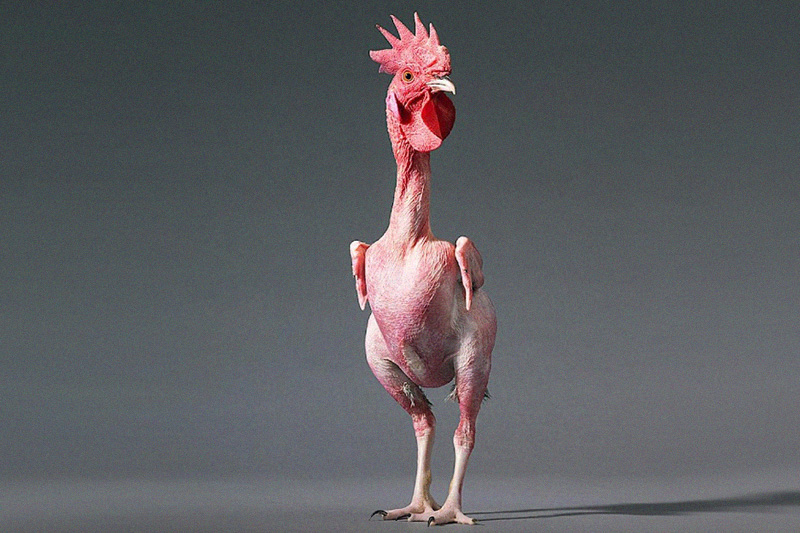 Over the years there have been various reports of featherless chickens found after a tornado has passed. And some of the explanations would…well, blow your mind. The most popular one, repeated for years, was that the variance in pressure at the center of the tornado affected the pressure inside the hollow quill of the feathers and caused them to explode. But it seems that nobody ever gave any thought to the fact that the wind’s velocity would have blown the chickens to the sky, long before it ever ripped out their feathers and left the birds standing where they had always been.

It appears that the real explanation is more prosaic and much less dramatic. Chickens have a defense mechanism against being captured and held by a predator. It’s called “flight molt,” in which a scared chicken, can loosen its feathers, so when grabbed, they simply fall out. Scientists now surmise, that being terrified by the tornado, a chicken shucks while it clucks, and ends up au naturel.