You would think you can get anything in the US, but that’s actually not true. There are many foods, from fruits to fish and everything in between that for one reason or another, are illegal.
We’re thankful for some of these decisions. After all, we shouldn’t be eating endangered animals, but others are just silly. You be the judge of that. Here are 12 foods you never knew were illegal in the US. 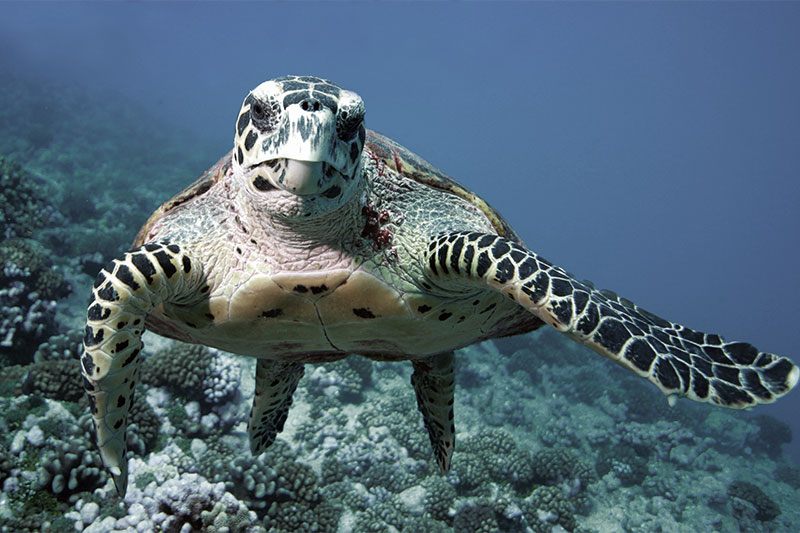 Many sea turtles are endangered species, and they suffer from indiscriminate fishing practices and pollution. Yet, turtle meat and turtle eggs are delicacies in many countries, particularly in the Caribbean and in Asia.

Capturing turtles is forbidden in many countries, but turtle farms exist, and they grow the shelled reptiles for meat. The US banned turtle meat in 1975 because of the risk of ingesting Salmonella bacteria. 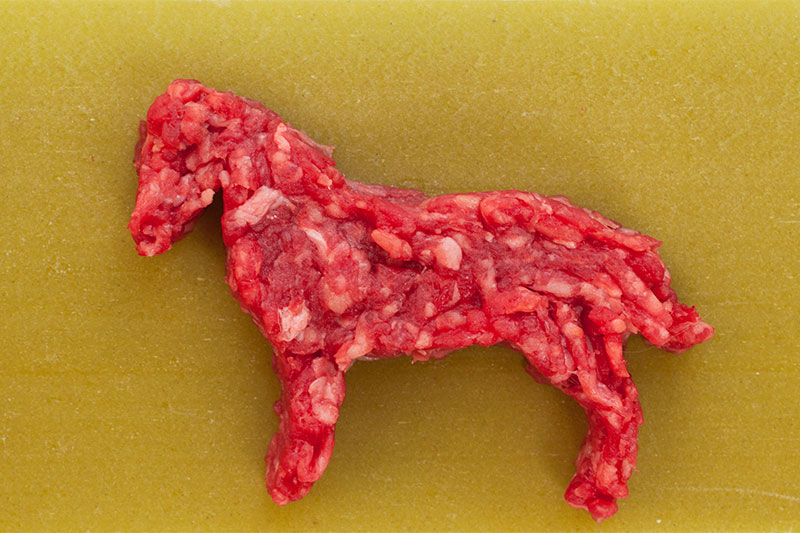 People around the world eat 4.7 million horses every year, mainly in Europe and Asia, but it’s banned in the US. English-speaking countries including the UK and the US, have developed a special bond with the animal and don’t consider them food. The US does produce horse meat, but they send it abroad for consumption.

All kid’s favorite chocolate, because it’s also a toy, is banned in the US. They sell it everywhere else on earth, and the chocolate is actually of the highest quality. The problem, according to the authorities, is that you can’t sell food containing un-edible toys. The Italian company Ferrero created the Kinder Surprise eggs in 1974. 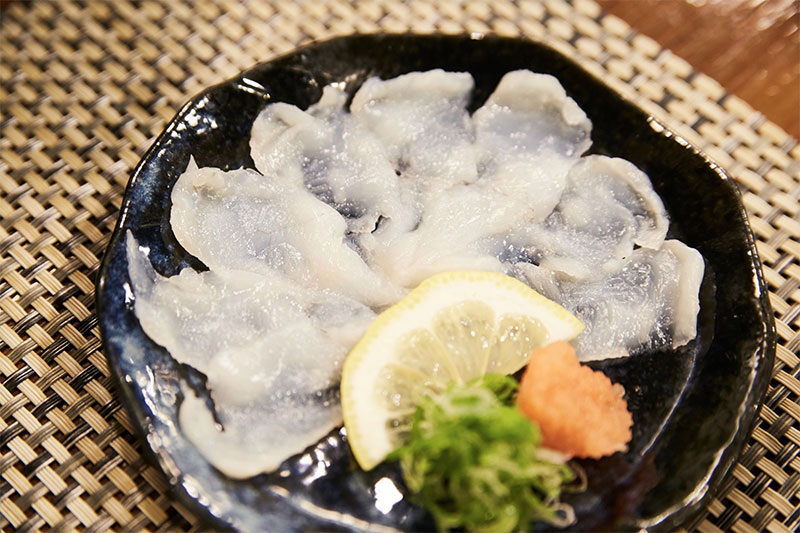 You’ve seen this one in movies and TV shows, the Japanese pufferfish, or fugu can kill you if you don’t slice it correctly. Legend says specialized cooks train for years before serving the toxic fish to guests.

Since very little knowledge about cooking the puffy fish exists in the US, the fish is prohibited. If you wish to experience the thrill of eating a tasty and potentially deadly sushi, you must travel to Japan. 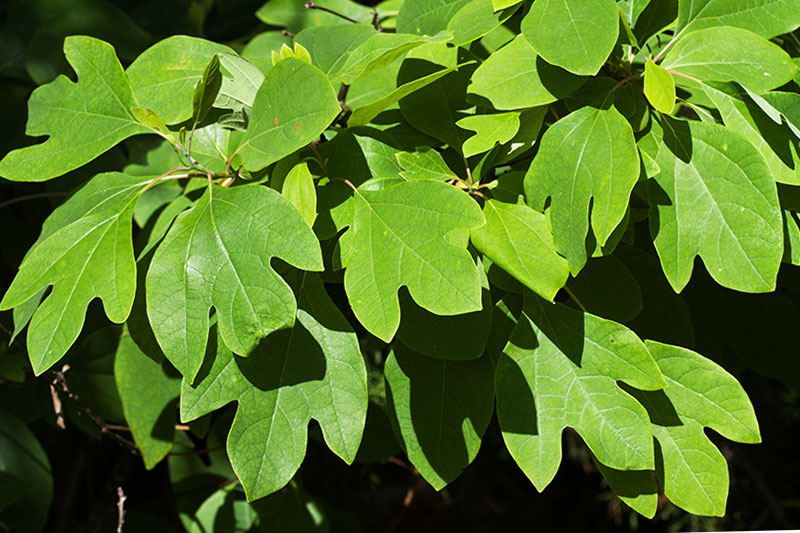 You can extract sassafras oil from the sassafras tree, interestingly native to North America. Although the compound was used to flavor root beer, chewing gum, toothpaste, and automatize soaps, it’s banned since the 60s for being linked with some cancers. It is also a critical component in the drug known as ecstasy, which might have something to do with the ban as well. 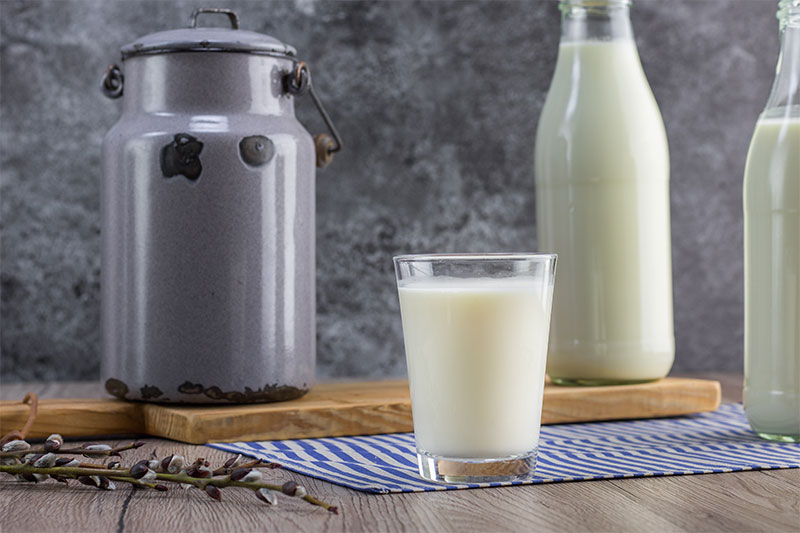 Unpasteurized milk can be very dangerous if it’s not done right, it can host Salmonella, E. coli, and Listeria. This is the major reason behind the US banning the stuff.

This leaves us with the pasteurized version which is heated to eliminate any microorganism. For some, the process kills most of the flavor in milk too and the law applies for cheese as well. 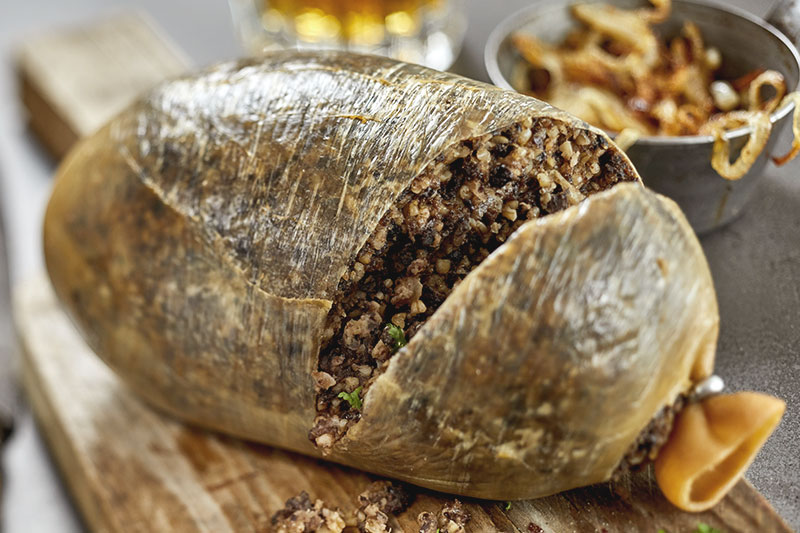 Haggis is a Scottish specialty comprising a stuffed ship’s stomach. The filling is quite odd too, mostly aromatics, herbs, spices, and chopped up sheep’s lungs. It might not sound very appetizing, but hey, every country has its weird food.

The thing is, selling lung for consumption is prohibited in the US, so haggis are a no-go. Let us be clear that there’s nothing unhealthy here. Strange? sure, but nothing actually unsafe. 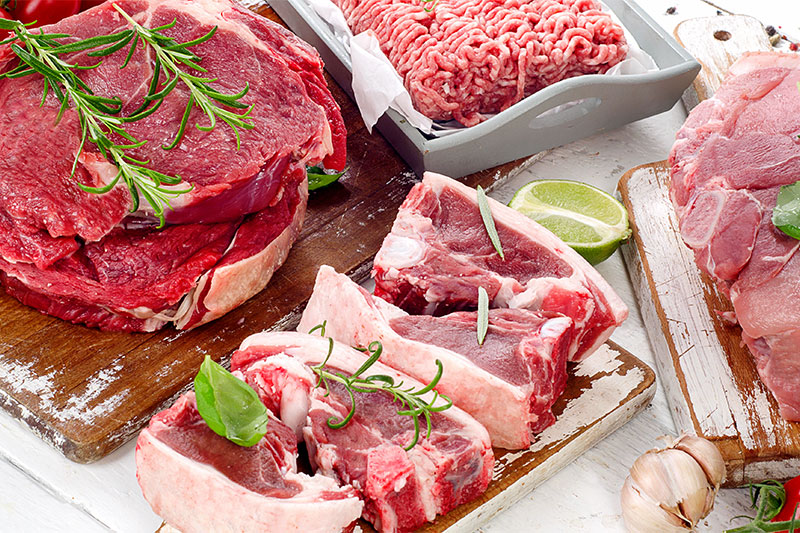 The bovine spongiform encephalopathy (BSE) disease was a major threat in the nineties. You could eat contaminated meat and die. By 1993 there were 1000 cases every week, and everyone freaked out and for the right reasons.

Since the UK was plagued with mad cows, the US banned meat coming from the country, and any livestock too. Although today BSE is hardly a national threat, the ban still stands. 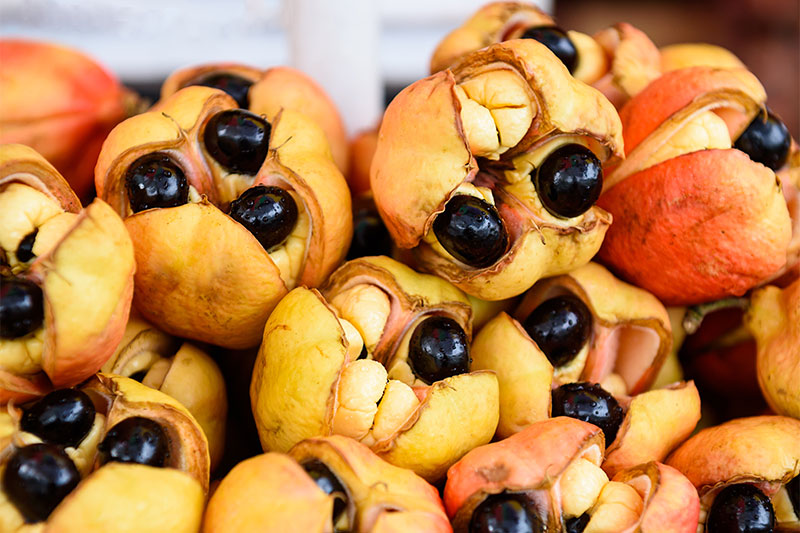 This very strange-looking fruit, which looks like something that came out of an Alien sequel, is actually quite tasty, and it’s sold fresh and canned in the Caribbean. The fruit has its origins in Africa, and although it’s completely harmless when ripe, if you eat it when still unripe it can be toxic.

The fruit’s toxins lead to hypoglycemia, called the Jamaican vomiting sickness, and could kill you. Since people in the US can’t tell if ackee is ripe or not, the government banned it, that’s the end of it. 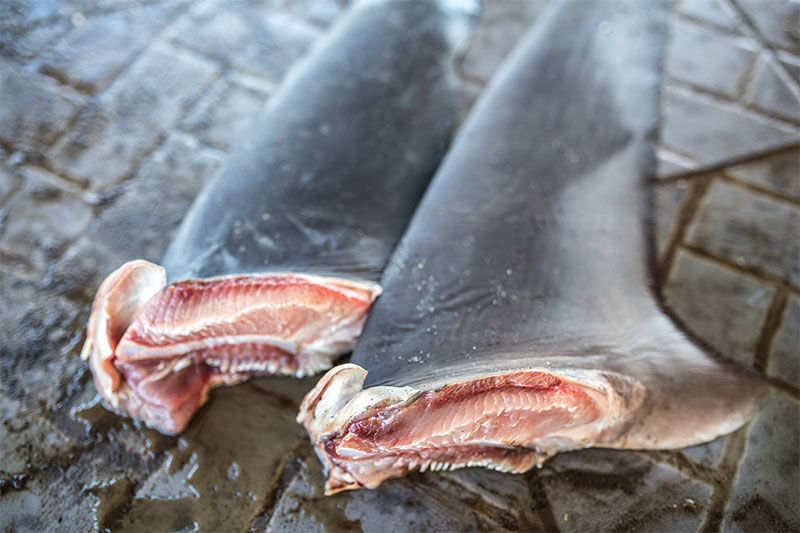 Shark fins are very popular in Asia, mainly in China because people believe they have medicinal properties and can increase your sexual drive, which, of course, they don’t.

People make soup out of it, and it’s so requested that fishermen trap large quantities of sharks just for their fins. And because that’s just mean, the US won’t have any part of it, and you shouldn’t either. 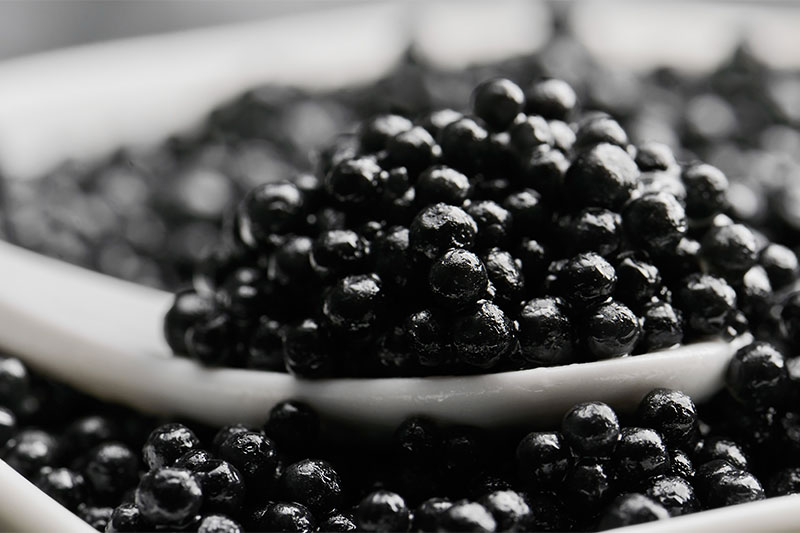 Is caviar still a thing? Apparently, it is. The finest of fishy spreads is still a valuable commodity, and the perfect topping for a freshly made blini, but not all caviars are the same.

The fish roe from belugas, which is the most expensive and apparently the tastiest of caviars, has endangered the species, and thus, it’s banned in the US. 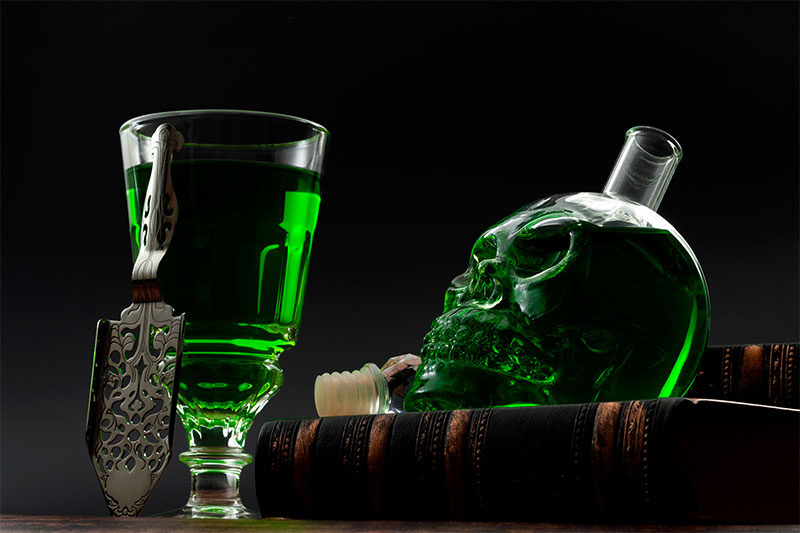 Absinthe, the green fairy, was an inspiration for many modernist artists from Van Gogh to Cézanne, and from Oscar Wilde to Hemingway. Sadly, the beginning of the 20th-century saw a rise in alcohol consumption, recklessness, and violence.

Naturally, governments blamed the most famous spirit of the era, absinthe, because they claimed thujone, the active compound in the drink, could make you do terrible things. Now we know those claims were false and absinthe is as safe as any other spirit, but for the US the ban still stands.

What Do You Think, Would You Try These?

Obviously, endangered species are no joke and we should ban them for consumption worldwide, but how about Kinder Surprise chocolate eggs? I’m sure you’d like to try those!

As for most of the other stuff on the list, let’s say they’re not that appetizing anyway, but it’s good to know someone’s watching over our health, or at least they’re trying very hard.