Mockingbirds are beautiful songbirds that populate all over the U.S. They are members of the Mimidae family. They have a variety of mimicking many different birds and animals, and there are 17 different species of Mockingbirds. The closest relative in the bird family is the Threshers, particularly the Sage Threshers. Mockingbirds have a whole repertoire of songs to choose from and can mimic some nonliving things such as car alarms for example. If you are interested in learning more about Mockingbirds, here are some facts for you 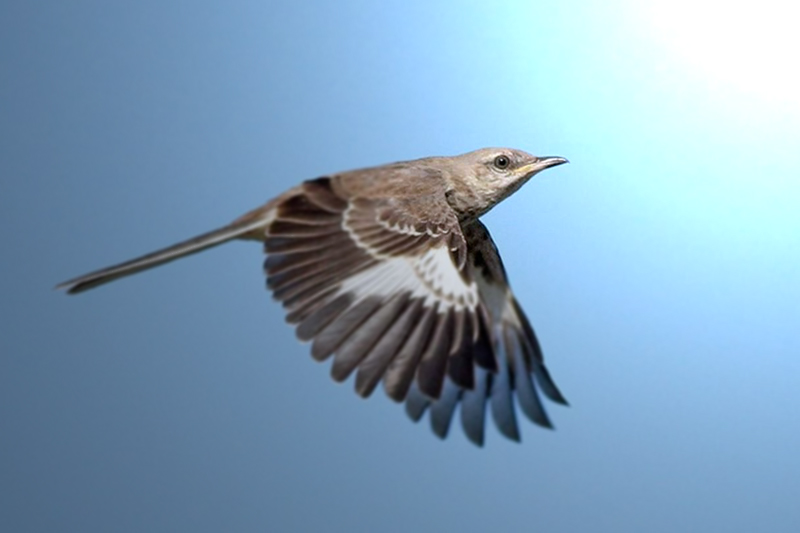 A male Mockingbird has his work cut out for him. To get a mate, he has to have a lot of music in his background to get a female. A Mockingbird can sing for hours without repeating the same thing twice. It is simply amazing to listen to a Mockingbird sing. Even nonliving things such as washing machines, car alarms, and sirens can be mimicked with good effect.

Range of the Northern Mockingbird

The range includes Eastern Nebraska, Northern California, Maritime Canada, Southern Ontario, and southward from these points. The favorite places to find Mockingbirds, especially the Northern Mockingbird is farmlands, desert brush, thickets, and open country, residential areas, and city parks. These medium-sized birds with their distinctive voice are a pleasure to watch.

The Northern Mockingbird is not on the endangered species list at this time as it shows no decline in population and has been estimated at over 45,000,000 individual birds. This precludes it from being on the endangered list or even on the IUCN Red List. While it does have predators, man is not one of them. The Northern Mockingbird will be seen for years to come and be enjoyed by bird watchers everywhere.