Wolfgang Amadeus Mozart is without a doubt one of the most famous composers of all the world, of all time. Mozart was an incredibly talented man who went on to compose many symphonies and music that can be instantly recognized by many people throughout the world. There are a lot of fun and interesting facts to learn about revolving around Mozart, and you will find a few listed below. Enjoy reading about Mozart, one of the most famous musicians and composers of all time! 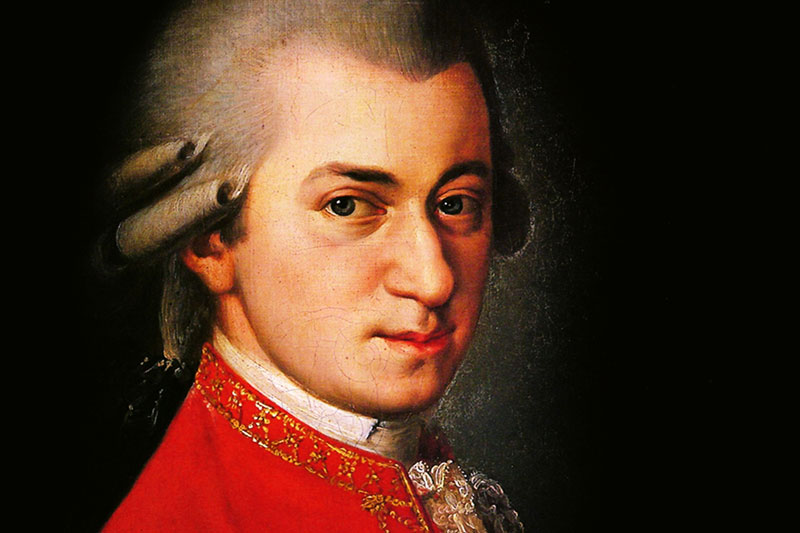 Born in Salzburg, Austria, Mozart’s career began at a very young age. He and his sister traveled around with his father, and once, when his father became ill, Mozart and his sister had to find something to do while their father recovered. Without access to a piano, the talented young boy composed a series of musical compositions—all in his head. His sister was tasked with the work of having to write down Mozart’s compositions, and these would later be adapted and performed.

If you think that was amazing, wait until you learn about when Mozart completed his first symphony. That feat occurred when Mozart was only eight years old. This act cemented the already widely held belief that Mozart was a child genius; this indeed now seemed to be true. He would go on to complete thirty-three symphonies between the ages of eight and nineteen. By the time he reached twelve years of age, Mozart was composing in great length and complexity, and he even completed his very first choral mass at the age of twelve.

Mozart continued to astonish the world and music world with his talented musical pieces. His personal life continued to grow as well, and he married Constance Weber in 1782, and the couple had several children, though only two survived. Even though he was an extremely talented man, he squandered and lost most of his money, and at his untimely death at the age of thirty-five, Mozart did not even have enough money to be buried under a marked grave. Historians believe he was buried somewhere in Vienna, Austria, but the exact location remains a mystery.

He Insisted His Children Shouldn’t Be Breast-fed.

Feeding infants on barley water instead of milk was a frequent practice among the middle classes at the time. Mozart did finally give in to his midwife’s and mother-in-law’s requests to have a wet nurse breastfeed the child, but sadly, Raimund died two months after he was born.