Many of our oldest relatives were around during this dark time in human history. Many can recollect the horrors of losing so much and gaining so little, having to move around just to find work, and dealing with a drought to boot. They were horrible times but a lot of younger people today don’t know enough about it, so let’s share a few interesting facts about that period of time that some may have forgotten.

Who was president during that time?

Our president went by the name of Herbert Hoover, he was a Republican president and he came into office just as the depression was starting to get underway. In the year 1930, he made the mistake of stating that we as a people “passed the worst” of the depression already and that the economy would ultimately end up fixing itself. Thing is, that was the most untrue statement of the decade as the depression lasted for nine years until World War two began. 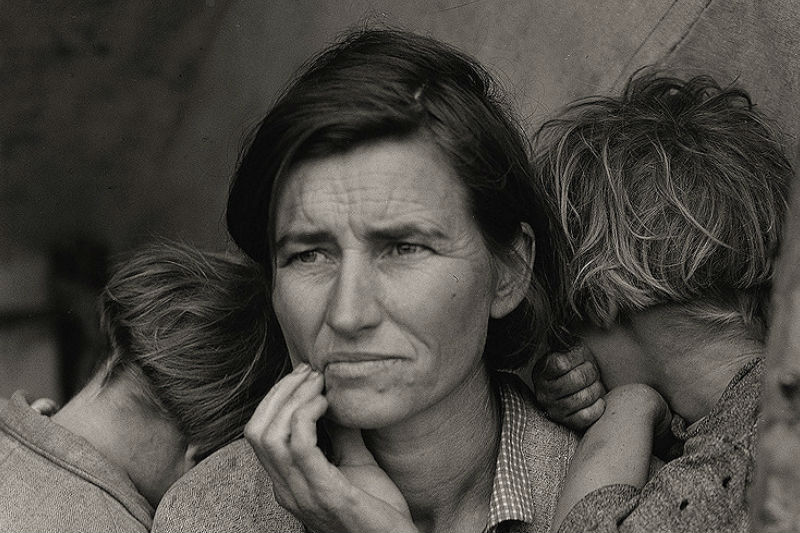 Where did people who lost their homes live?

Most people lived in Shanty towns or what they are better known as “Hoovervilles” named after the infamous president of the same name. Each represented Hoover in a very negative light. He wasn’t the most popular guy in the world.

Did Al Capone really help out?

He sure did. The infamous gangster from Chicago opened up a soup kitchen to feed those in need, these were essential during those harsh times. It is believed that Capone did this to try and paint himself in a new light (Didn’t work out).

What caused the Depression?

Much like our recent recession, it all starts on Wall Street. The market crashed in 1929 in what is referred to as “Black Tuesday”. In reality, the crash happened over a course of a few days but Tuesday was the day the star broke the camel’s back.

Were there other crashes?

Yes, but this crash that triggered the great depression is widely accepted as the worst market crash in our country’s history.

How much money did we lose?

Might as well say everything but an exact number would be 30 billion dollars in the first week of the crash, and back then that was the largest sum of cash our country could ever have. Today that was would equal out to over a trillion dollars!

Is it true people took their own lives?

Yes, most people lost their livelihoods during the crash. Most of them worked in the financial district of the New York Stock exchange and unfortunately a lot of them committed suicide by jumping off buildings, most of which were Hotels.

How was the market just before the crash?

Funny thing is it wasn’t nearly as bad until 1932 when the market reached an all-time low of 42 points. This is the Dow Jones we’re talking about, it decreased over 89 percent from its initial number of 381. That’s a big downturn.

What exactly triggers a depression?

A depression is usually triggered by the banking system overall just being weak with very little product left on the shelf and production of these said products outdoing the sales and since farmers did not share anything they produced, also the government can trigger it by having poor policies.

Did people really lose all hope?

Yeah, there was this one guy who had a sheep farm, he knew he wasn’t going to make any money with his sheep, so instead of not freeing the animals so they’d slowly begin dying off, he instead slit every single one of their throats and threw them off into canyons. It was a bad day to be a sheep.

Do we have any photos of the time?

Of course. One such photo was of workers who had migrated to California taking on their new jobs, the only jobs that they could get and that paid well in the entire country. These photos were taken by Dorothea Lange.