Thomas Jefferson was one of America’s founding fathers, the man who adopted the declaration of independence before being elected as our nation’s third president. You might think that is all you know about Thomas Jefferson, but there is a slew of other facts about Mr. Jefferson that might not have learned in school. 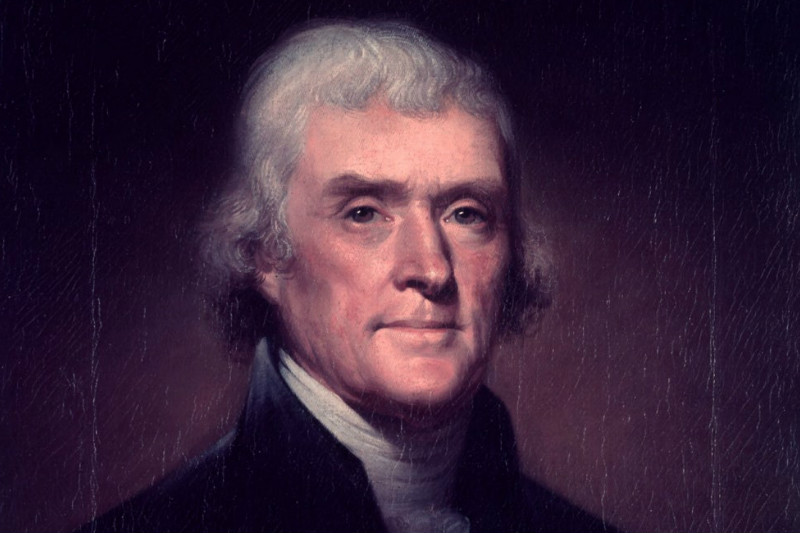 When did he die?

The funny thing about this is that he died on July 4th, 1826. He had signed the declaration exactly fifty years before on July 4th, 1776.

Was he bitter rivals with John Adams?

They were actually very close friends, only started becoming rivals because their political motivations were different from one another, and they ran against each other to the victory of Jefferson. So yeah, they sort of became enemies, but the funny thing is they both died on the same exact day, thus ending their rivalry as when one learned of the death of the other, they that living person decided they could die too, which, actually happened.

Did Jefferson keep bears as pets?

Not exactly, but after Lewis and Clark returned from their expedition, they brought back with them bears that were placed sitting on the lawn of the White House. For many years the White House was called the “bear garden” by some, as a joke.

Did he coin the term “big cheese”?

Indeed he did. A friend of his gave him an over one thousand pound bit of cheese as a gift and this would be the moment that gave us the phrase “the big cheese” like when we were referred to the head of something.

Yeah, they sure did and in order to prove they were not poisonous, Jefferson took it upon himself to eat one of them in front of a public audience. Pretty sure some of them screamed, but Jefferson lived a long life.

Where did he get all of his artifacts?

Really, they were just given to him by Lewis and Clark after they finished their famous expedition into the West. They found a lot on that journey.

Yes, he sure did, he had a telescope and a microscope in his study of which he liked to call his cabinet. He used the telescope on a relatively nightly basis.