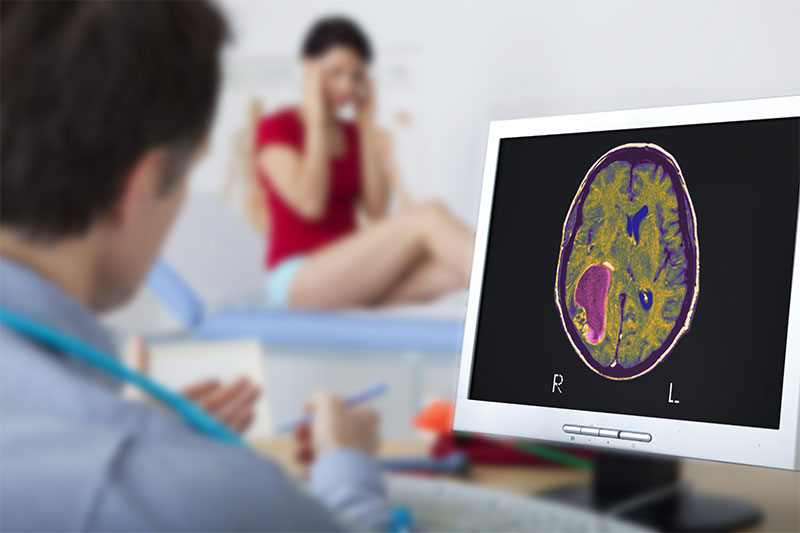 Do you know about your brain health? Most people do not consider anything about their brain health until a problem crops up. They will not think about anything having to do with their brain unless they struggle with more brain fog than usual, or maybe more forgetful than usual. That is because one of the common things to go wrong with the brain would have to do with dementia, but here is the thing. Anyone can end up with brain tumors, and there is one type of brain tumor that grows gradually that will not cause symptoms at the early stages.

And when the tumor grows, it can affect your hearing. And if you are able to realize that the cause of your hearing problems is caused by a slow-growing mass in your brain, then you will be able to get treatment sooner and have a better chance of fighting it. Let’s talk about the hearing issues that are associated with this slow-growing brain tumor.

What Hearing Issues Are Associated With The Brain Tumor?

The hearing issues associated with this brain tumor are both hearing loss and ringing in the ears which is also known as tinnitus. If you do have hearing loss and tinnitus, that could be other ailments such as Meniere’s disease which is the result of constant fluid imbalances in the vestibular system. That is why if you tell your doctor that you are struggling with ringing in your ears in addition to hearing loss, they will immediately prescribe more tests including a brain scan to rule out this particular tumor or any other brain tumors.

This particular slow-growing tumor is known as acoustic neuroma, and it is a benign tumor but it will cause a lot of problems with your brain and ear health. That is why you will want to get the treatment if acoustic neuroma is detected.

What More Is There To Know About Acoustic Neuroma?

As mentioned, acoustic neuroma is benign so it is not going to spread to different areas of your body. However, acoustic neuroma, also known as vestibular schwannoma does grow very slowly on the vestibular nerve which is the nerve that leads from your brain to your inner ear. And as it grows larger, it will press on brain tissue and surrounding nerves. You have to realize that hearing loss and tinnitus are not the only symptoms of acoustic neuroma as you need to know more about the other ones so you know what to watch out for in addition to the hearing loss and tinnitus.

What Are The Other Symptoms Of Acoustic Neuroma?

The treatment for acoustic neuroma is radiation therapy if the tumor is too large. However, if it is smaller, then surveillance is the one form of treatment as it will be monitored every so often by using MRI technology. There is also surgery for this tumor, but it can be complex as there is a risk of there being harm to the seventh cranial nerve which controls facial movement. That is why you will want to tackle it if you end up with hearing loss and tinnitus. Even if the acoustic neuroma has been ruled out, those are symptoms of other serious issues that you do not want to leave.