Ice is the most fabulous invention, especially when it comes to thirst-quenching drinks. And we say invention because, although ice occurs naturally, making it at a factory was a very challenging undertaking that required skill and lots of hard work. 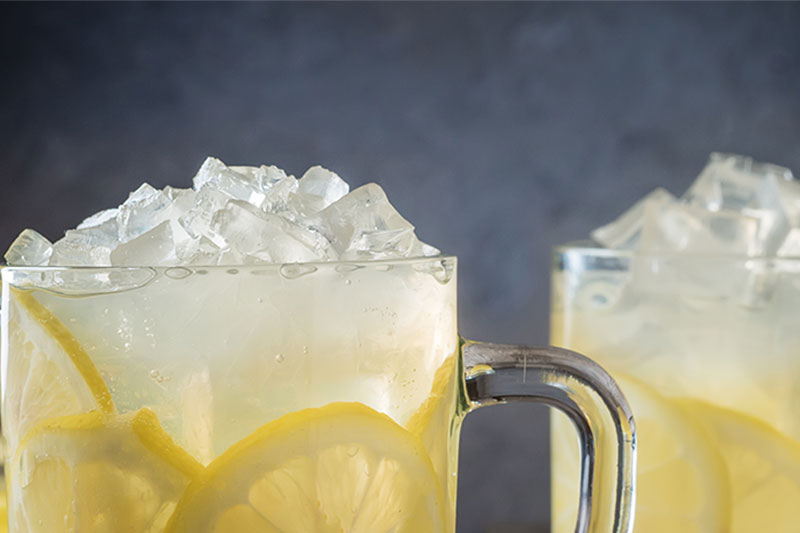 Today ice is everywhere, you can get it at any convenience store, and we always have some on our freezer. So, what’s the problem with ice then? Well, the ice cubes at home might be ok to use but think twice before ordering ice in your drink at a restaurant. Here’s why you should never get ice in your drink.

There’s fecal material in the ice.

These bacteria travel through the air, and since ice is rarely protected from the environment, it will undoubtedly catch a few bacteria. Even if an establishment is extra careful, ice suppliers are not. But how about ice machines? Well, you’ll soon find out this is not a healthy option either. Ok, nothing is worse than fecal matter on your drink, but we’re just getting started.

Ice should be treated with all the hygiene standards as food; it’s just obvious. Yet, this isn’t the case. Ice is not stored properly, it’s not handled with care, and it’s not served to you considering any safety measures.

People just don’t care, as employees don’t consider ice as food but as a garnish. The FDA doesn’t care much either, as they don’t inspect ice coolers and ice machines in the same way as they inspect kitchens.

Ice freezers are seldom cleaned, perhaps once every few months, and they’re never disinfected. This goes for hotels, restaurants and bars alike.

It’s impossible to clean an ice machine thoroughly, especially the device’s inside, where ice forms. All those nooks and crannies become the home for bacteria, yeast and mold. Humidity and cold are the perfect environment for slimy mold to form, the most common contaminant, which pollutes ice cubes instantly.

Even if you wanted to clean an ice machine perfectly, you would have to break it apart completely and reassemble it. This would make you lose your manufacturer guarantee, so no one does it. Some studies go as far as recommending banning ice machines for good.

Many germs won’t die, even with alcohol

You might think alcohol kills bacteria, and you would be right. Yet studies, where researchers took 60 ice samples from different establishments, tried to kill them with acidic soft drinks, liqueurs and spirits. Yes, most bacteria were killed with alcohol, but not all.

Actually, the most resistant bacteria are the most dangerous for your health, and some could happily swim in pure vodka, which is basically alcohol and water.

There’s no doubt your icy drink will have bacteria, even if you use ice from your own fridge. And it’s not going anywhere but into your body; they’ll resist your most potent drink.

Besides ice being dirty, it’s also an inefficient way of spending your money. A glass of soda with ice has half the amount of liquid than a glass without ice. That means you’re paying twice for your drink, just for the pleasure of enjoying it ice cold.

If you consider most beverages are already cold when served, ice is an afterthought. And skipping it doesn’t mean drinking hot Coke. With today’s refrigeration, there’s no actual need for ice.

How to live without ice?

Despite ice not being the healthiest thing on the planet and a potential health risk, it’s hard to live without it. We basically have built our entire social lives around it!

The truth is some people are willing to take some risks if that means enjoying a refreshing lemonade or a delicious cocktail.

The bottom line? Avoid ice in places with poor hygiene standards, but don’t give up on ice altogether; at the end of the day, if you think there’re bacteria and other nasty stuff in your ice, wait until we tell you about your food.