When you think of skin cancer, you probably think of checking head to toe for moles. But did you know your nails can also reveal an important sign of melanoma? 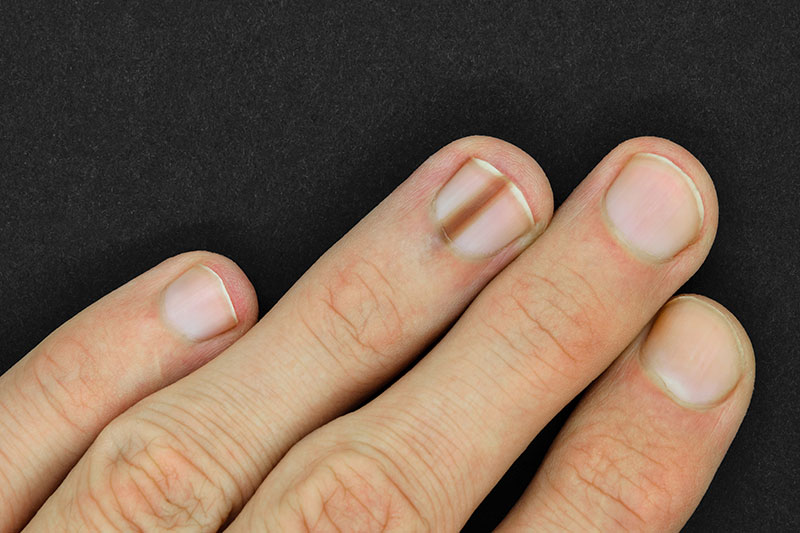 Manicurist Jean Skinner had firsthand experience catching this stealthy symptom. “I had a walk-in nail client a couple of weeks ago,” she wrote in an August 2017 Facebook post. “She had a straight dark vertical stripe down her nail. She said as soon as she sat down—I need a color dark enough to cover this stripe.”

Subungual melanoma (aka nail melanoma) is, as its nickname suggests, is a skin cancer that occurs under the nail. It affects 0.7 to 3.5 percent of people with melanoma, according to the Journal of the American Academy of Dermatology. Though subungual melanoma is an uncommon type of skin cancer, it’s important to know about its telltale sign: a dark black or brown line across a finger or toenail, according to the American Academy of Dermatology (AAD).

Skinner’s hunch was correct—and unfortunately, the prognosis wasn’t good. The client called later to tell her she had aggressive melanoma that had spread to her lymph nodes.

A black band isn’t the only skin cancer symptom that could be hiding under your nail polish. Many signs that appear on your nails alert about dangerous diseases. Let’s see what your nails can say about your health.

15 – Your Nails Are Brittle 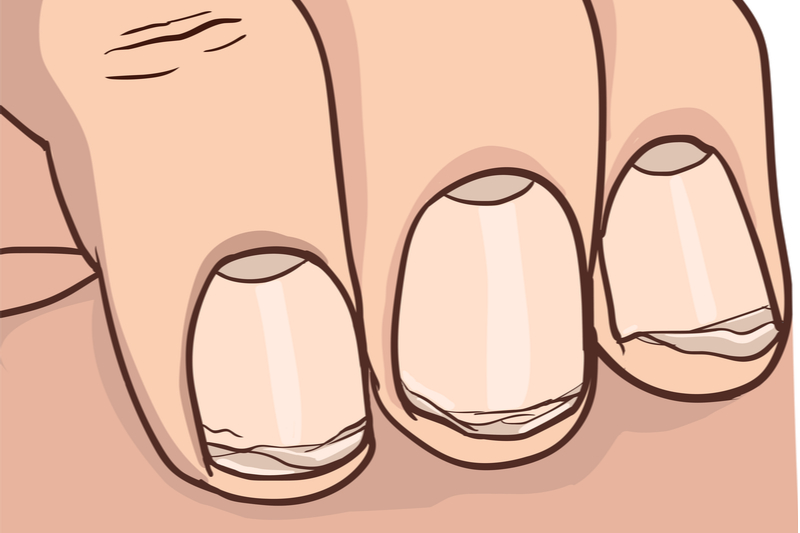 Do your nails break off easily? Well, that can be especially frustrating for the females who try to grow nails for cosmetic purposes. But do you know what this breakage signifies? It shows that you have calcium deficiency that can be dangerous for your bones too! 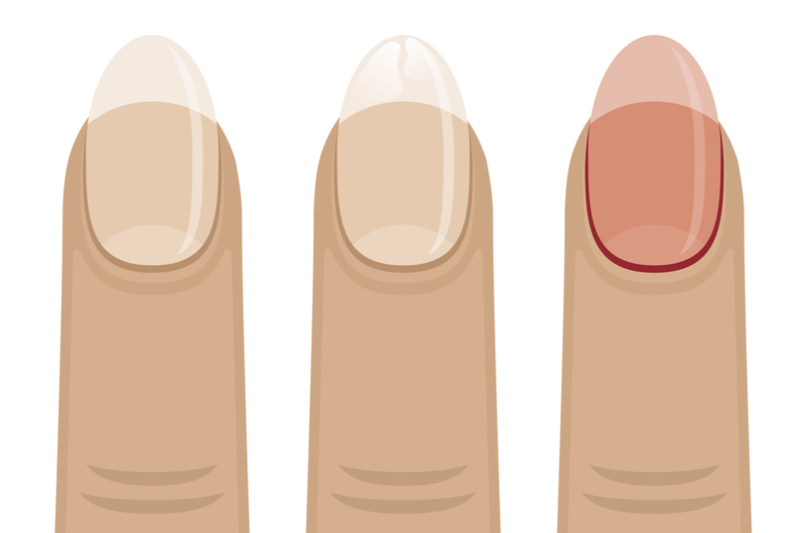 Do you feel that your nails seem pale rather than the usual pinkish to reddish? This shows that you have hemoglobin deficiency, known as anemia in medical terms. 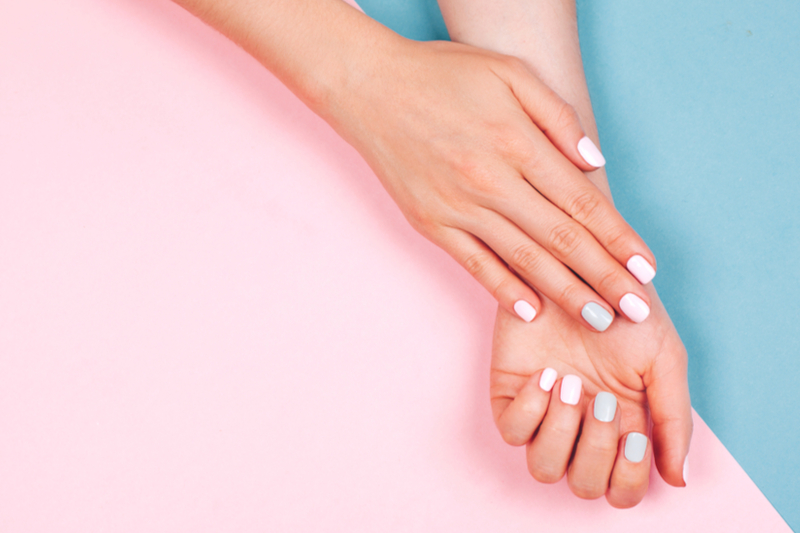 This is a dangerous sign, and it signifies oxygen deficiency. Low oxygen can be due to various underlying heart or lung conditions. It can also be due to local constriction of the blood vessels.

12 – Your Nails have White Spots 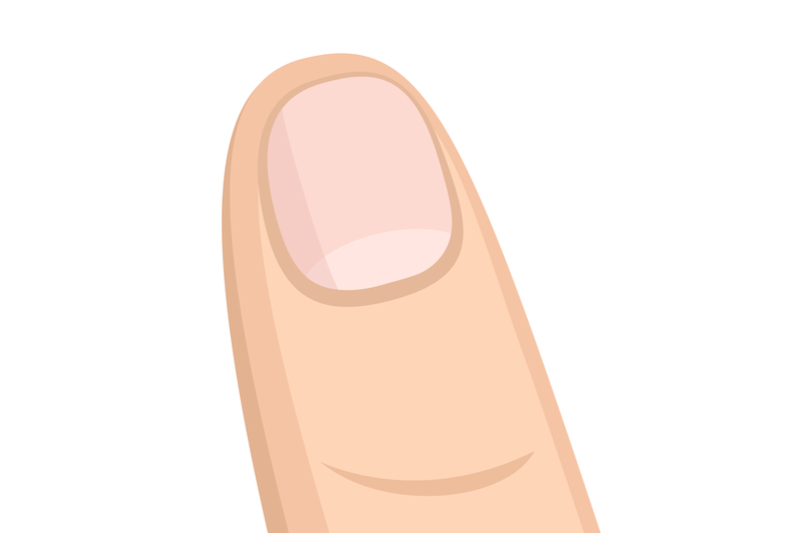 White spots on your nails are due to a protein deficiency in your blood. This protein is called albumin, and it is necessary to maintain your blood pressure.

11 – Your Nails are Clubbed 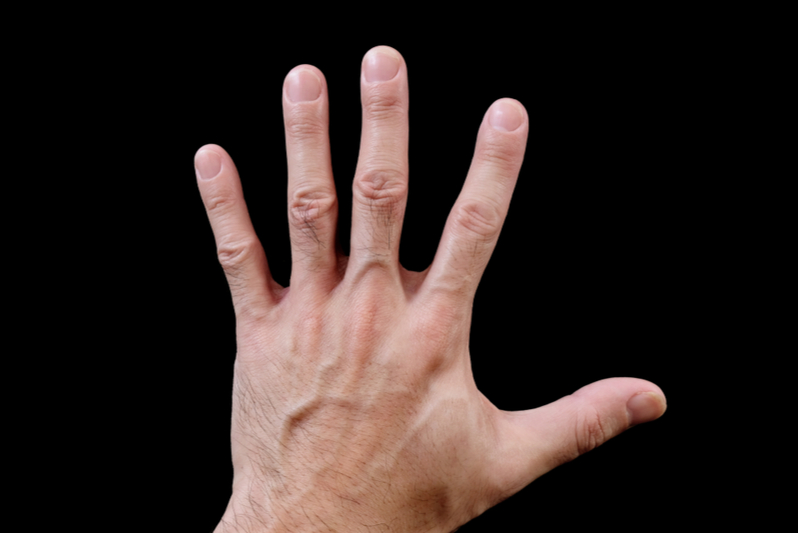 When the nails are curved downwards, it is called nail clubbing. This happens in conditions where your body does not get enough oxygen. Various lung and heart diseases can lead to clubbing.

10 – Your Nails are Spoon Shaped 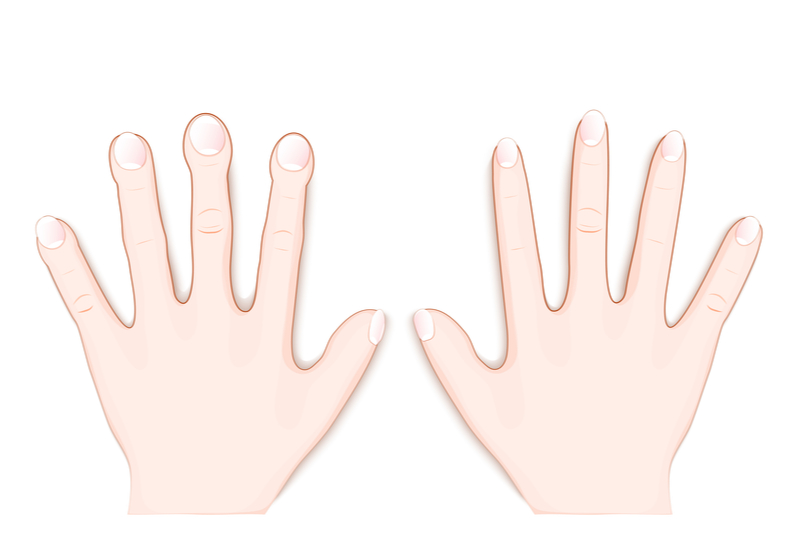 9 – Your Nails are Pitted 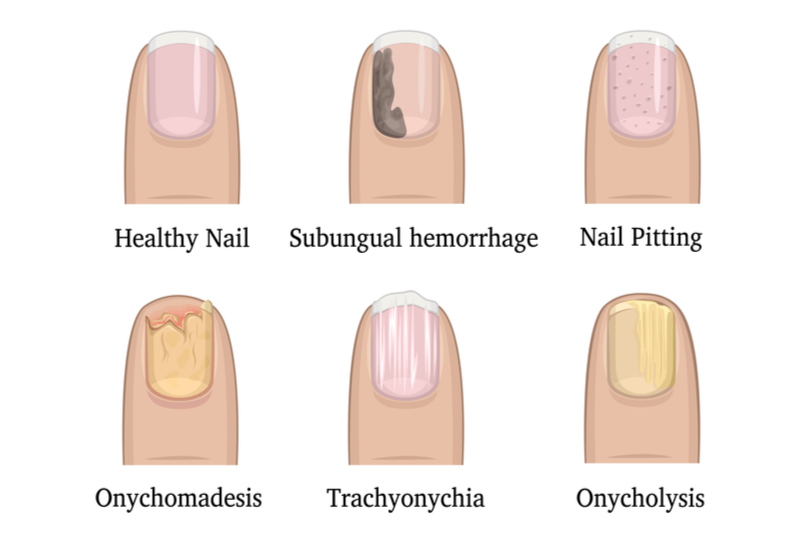 Pitted nails are seen in a skin condition called psoriasis. It is characterized by a silver scaly rash on the skin, and the skin becomes itchy and irritated. Psoriasis also causes joint pains.

8 – Your Nails are Yellow and Thick 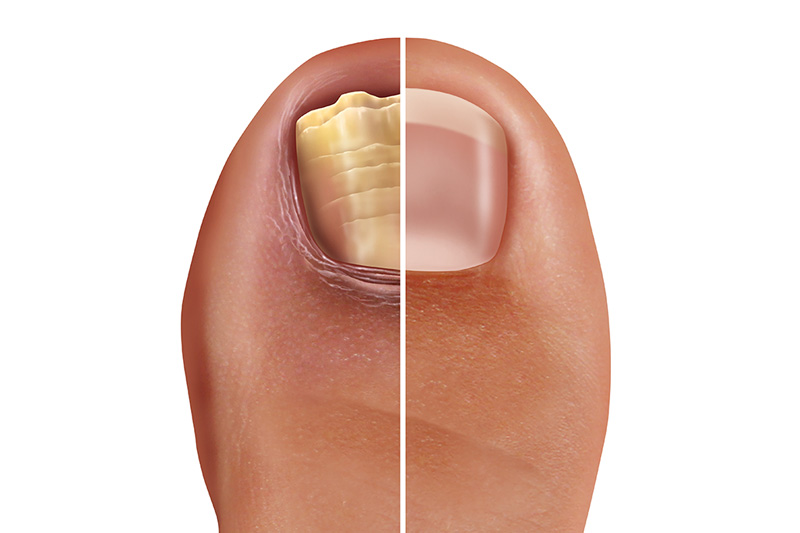 Fungal infections can also affect your nails. In such cases, your nails become yellow and thickened. This infection can affect one or more than one nails.

7 – You Have Dark Line Beneath the Nails 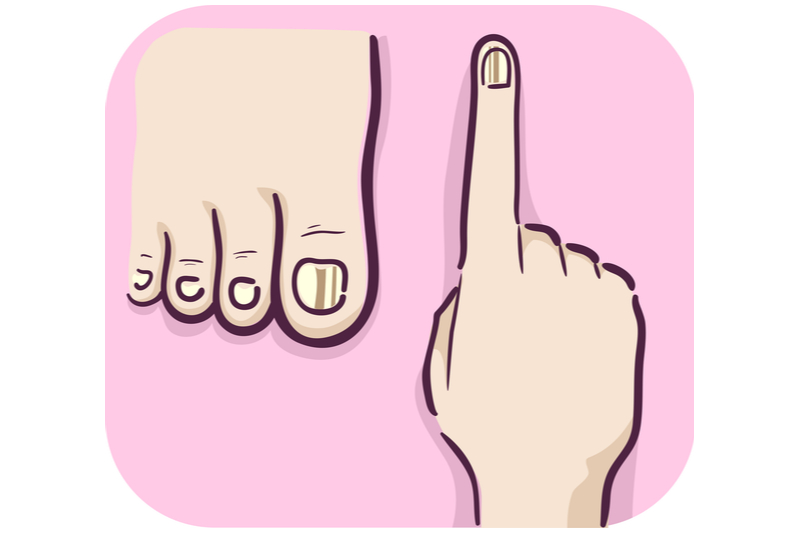 This can indicate a severe condition. Dark lines are usually present in a skin cancer called melanoma. It is a malignant disease and requires treatment as soon as possible. Do not delay doctor visit.

6 – You Have Red Lines Under the Nails

Red lines or hemorrhages under the nails are a sign of a heart infection. They are called splinter hemorrhages. If you notice any such symptom along with fever, then see your doctor soon. It is also a serious infection.

5 – Your Nails are Soft and Weak

This is commonly experienced by the people who spend a lot of time with their hands in water, such as doing dishwashing and laundry, etc. The solution is to wear gloves while doing these activities or reduce the time of such activities.

4 – Your Nails are Badly Bitten 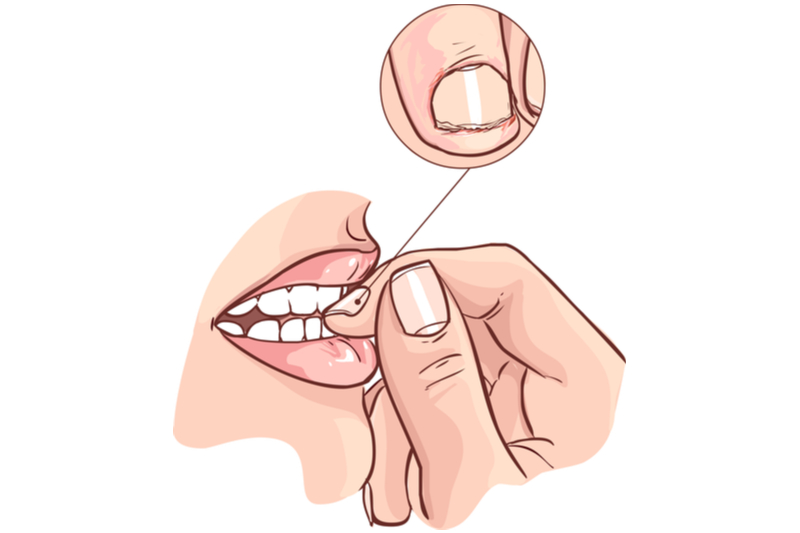 Nail-biting is not just a habit. It is a sign of underlying psychological issues. Nail-biting signifies anxiety and low confidence. If you have this habit, then you may require some help to get over your anxiety or other psychological problems. See a psychologist.

3 – There is Swelling Around Your Nails 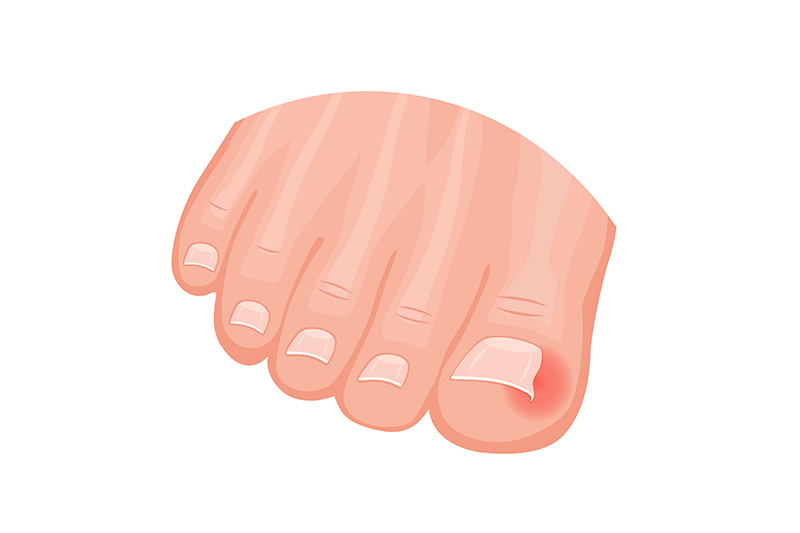 The swelling can be due to some recent trauma, and it goes away with time. However, long term swelling can indicate some underlying chronic inflammatory condition.

2 – You Frequently Have Skin Tags Around the Nails 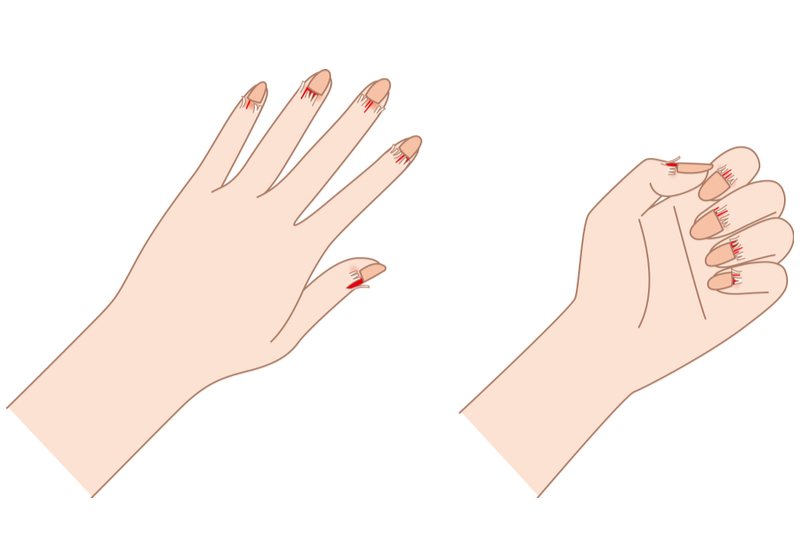 Skin tags are very painful. If you frequently get them, then it is a sign that you are using your hands very roughly and not moisturizing them properly. Ensure that you wear gloves while doing rough work and moisturize your hands regularly.

It commonly happens after trauma. However, it can signify severe conditions, such as blood cell deficiency.