One of the epidemics worldwide is diabetes because so many people are living in a fast-paced society where eating nutritious foods and getting enough activity is not something that people care to do. There are a lot of stressed-out individuals that won’t take diet and exercise seriously as they run to get processed and packaged dinners from the supermarket to throw into the microwave. Or, they go to the nearest fast-food drive-thru on the way to or way back from work and then spend the rest of their evening at home on the sofa to unwind. It is not really a mystery as to why diabetes is an epidemic among many people worldwide.

How Does Diabetes Affect You?

When your pancreas no longer makes enough insulin to break down blood glucose, or the insulin is not responding to the blood glucose, then you are at risk for developing type 2 diabetes. Type 1 diabetes is when there is no function of your pancreas at all which means you need insulin injections to break down the glucose in your blood. With early-onset type 2 diabetes, you do not need to have insulin injections as there is some function left of your pancreas. But in that case, you need to modify your diet to eat nutritious foods with complex carbs and get more activity. You also need medication to help keep your sugars under control and to lose weight if necessary.

What happens is that when there is too much glucose in the blood, it can cause nerve damage which leads to loss of limbs and blindness and your organs fail if not controlled. Your blood vessels will be negatively impacted by the excess glucose in the bloodstream. What happens as well is that you can develop a skin condition known as acanthosis nigricans or AN. 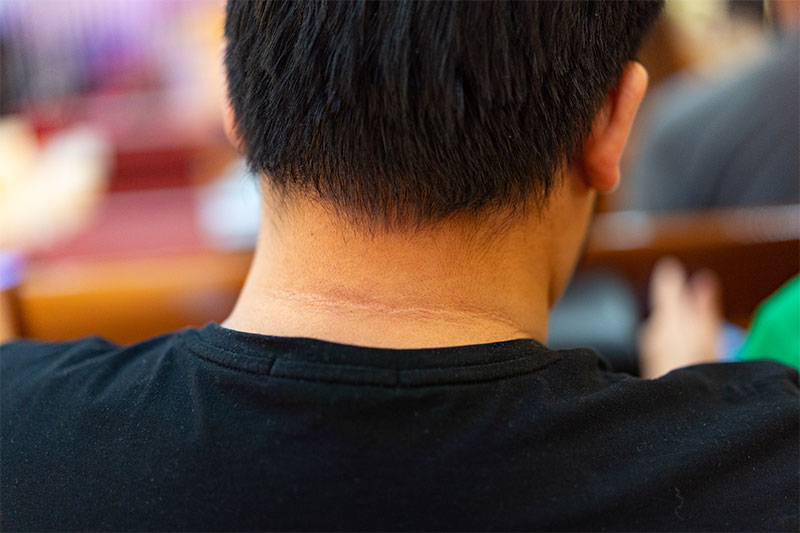 What Is AN And How Does It Relate To Diabetes?

AN is when you have a dark band of skin at the back of your neck that has a velvety texture. AN can also happen in other areas of the body where there are skin folds such as the armpits, groin, and hand. Not only is the skin velvety but it is thicker as well. There may be an odor or an itch as well, and the skin changes gradually over time.

It is important to watch for AN because it can be a sign that diabetes is coming on and it happens early on which means you can begin making changes to your lifestyle to control it. In fact, sometimes AN occurs when you are in the pre-diabetic stage meaning that there is time to reverse that and stave off diabetes by making lifestyle changes. The causes of AN are due to changes in the bloodstream due to the build-up of glucose in the blood. However, there are other causes for AN that do not involve diabetes.

What Else Can Cause AN Other Than Diabetes?

When you notice the skin condition, you must never ignore it even if you don’t have diabetes because you could have another condition like it. You could have problems with your adrenal glands, those with an underactive thyroid, and those with hormonal disorders such as PCOS. If you are taking medications such as birth control pills, that can be to blame as well as that will change the hormone balances in your body which can cause AN to happen.

The bottom line is if you notice skin conditions such as AN on your skin, you will need to see your doctor have them do some tests to determine the cause. There is a good chance you are either diabetic or pre-diabetic and you will need to make some significant lifestyle changes.