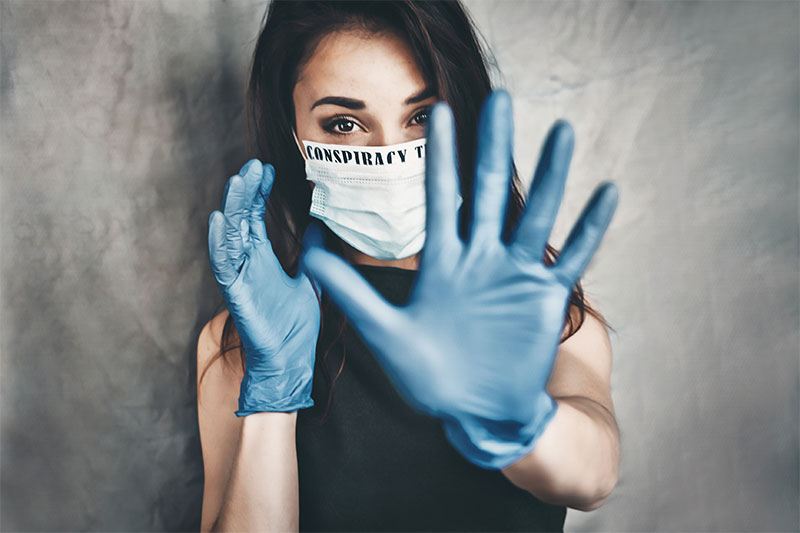 Ever since the announcement of the COVID-19 pandemic in March of 2020, there have been plenty of conspiracy theorists who believed that either COVID was a hoax – or who believed that it was real but it was planned by the elites for control purposes. Hence, the name they gave it which was the “pandemic”. Unfortunately, that only caused those who fell and believed in those conspiracy theories to share misinformation about the virus and the vaccines against it. And at the same time, those who fell for these conspiracy theories mocked the public health measures to help control the spread.

Therefore, those who fall for any type of conspiracy theory will not take the thing they do not believe seriously. For instance, those who believed that the Earth was flat would find a way to go to the Antarctic to see the “ice wall” which they believe is what keeps the oceans and lands inside of the Flat Earth. Taking such an undertaking by going to the end of the world is a dangerous one if you don’t do it while you are prepared. You need to be prepared to go to that harsh continent to survive. Those who fall for the Flat Earth theory will not because they think it is not legitimate. The same applies to those who think COVID-19 is a hoax.

Therefore, since those who believe the conspiracy theories about COVID-19 will not take precautions when it comes to going with any health measures, it is not a surprise that they would be more likely to test positive for COVID-19. That is because those who believe in conspiracy theories are not likely to display risky behavior. The risky behavior that you will see by someone who doesn’t believe in the validity of the pandemic will display behaviors such as going in crowds, not wearing masks, and not taking the vaccine. They may wash their hands but only because no one can deny that there are other illnesses and bacteria around. That is why they say that COVID-19 is no different from the flu.

When you have a flu season happening, you will not necessarily wear masks and avoid crowds. These conspiracy theorists do not doubt the validity of the flu because the flu has been around since the beginning of their lives. COVID-19 is a new virus and when there is a new virus, that means, in their minds, that the government is faking that this virus exists for the sake of control, or that the virus exists but is no worse than the flu. These conspiracy theorists believe that the government is in control of anything, which includes the Flat Earth belief. And their behaviors show that.

Therefore, it is not a surprise that those who do not take COVID-19 seriously and don’t think it is real will put themselves in positions where they are going to end up with the virus. And some of them have gotten lucky if they caught the virus but did not have any serious effects from it. And others did not and ended up hospitalized, and many have died. When they are in the hospital and on the way to the ICU, these conspiracy theorists often change their minds and realize that there is truth to it. That is when they regret not getting vaccinated. However, there are some that have maintained that they are in the hospital because of being stuck with a “very bad flu”, and would still speak against COVID-19 and the vaccine – even on their death beds.