No other animal in history has suffered so much deranged hatred as the wolf has at man’s hand. Discover some of the most Interesting Facts About Wolves and learn more about this wonderful symbol of wilderness.

Over the centuries, the wolf has been a symbol of selfishness, ferocity, and hate. Only for the last twenty years or so, has man treated the wolf with the respect it deserves awhile trying to repair the damage that we have caused.

There are a lot of things people don’t really know about wolves. Like they run in packs, and you will hardly ever see them alone. They are usually running anywhere from two wolves to a dozen wolves on a hunt or after prey. 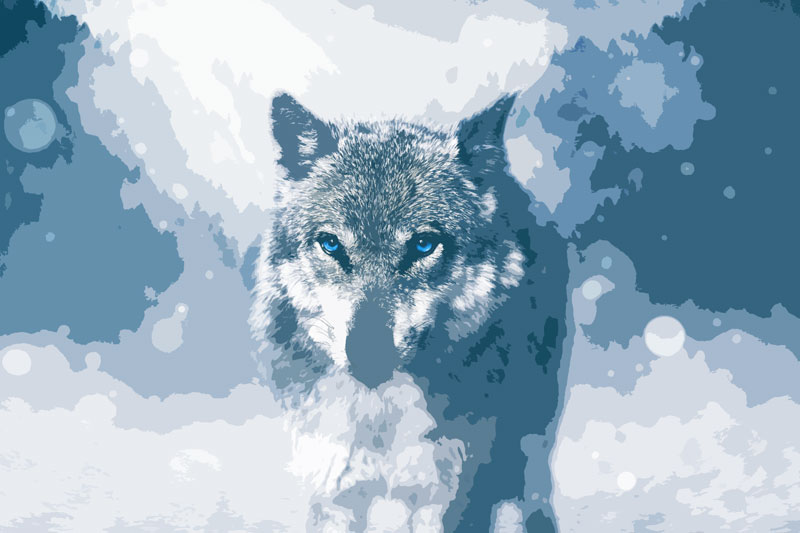 Wolves originated from Canidae family of wild animals, and their binomial name is Canis lupus. Most species of wolves are expected to live about 6 to 8 years in the wild and 10 to 16 years in captivity.

The appearance of The Wolf

A wolf’s weight can be different depending on what area of the world they live in. The sizes can get bigger with higher altitudes. In some places, the wolf pack is bigger than any animal among all wild canids. Even though encountering these wolves is highly improbable, there are smaller wolves that venture to the lower altitudes where people are seen and live. Some have been as big as weighing 170 pounds around Alaska and Canada. They have also been seen around the Yukon in North America weighing 90 plus kg or close to 200 pounds.

They have a very high physical capacity in the sense that they can sprint and for long periods. Their haunches are nothing but muscle and strength. Wolves are actually built for stamina. Color also depends on where the wolves live. For example, if an arctic wolf lives in nothing but snow, you are more than likely going to see the packs that have all white coats (see facts about arctic wolves). The fur on the wolf varies depending on where they are found.

Behavior Of The Wolves

Gray wolves are predators of the ecosystem to which they belong. The wide range of habitats in which wolves live can reflect their adaptability as a species and includes mountains, trees, and they are all listed as endangered under the federal Endangered Species Act of 1973. They, however, continued to be stalked and hunted.

Wolves can visually communicate an impressive variety of expressions and also moods that can be subtler signals. By just shifting their weight, the wolf can communicate with one another. 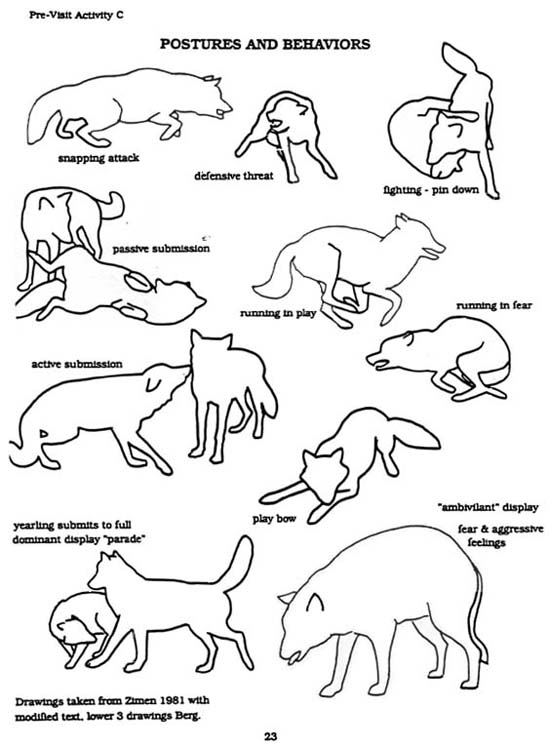 Facts About Wolves – postures and behaviors

An aggressive wolf will snarl, and his fur will bristle. The wolf might crouch down as if ready to attack if he has to. Also, pulling back of the ears shows that he is suspicious of whatever his surroundings might consist of. The tail of the wolf that will sense danger or feel threatened will be straight out, and the wolf will narrow his eyes.

Gray Wolves are one of few animals that mate for life. Typically, mating occurs between January and April depending on the elevation of the pack. After a gestation period of 63 days, a litter of 1-11 pups are born. The females normally use the same secluded den for rearing her pups annually. Pups emerge from the den at about three weeks.

The whole pack aids in the upbringing of the new litter by bringing food to the den, assisting with the pups if the mother goes out hunting, and protecting the area from any potential predators. Near the end of the summer the pups are able to begin hunting and the pack becomes more mobile.

They are lead by a domineering alpha pair (set of parents). The rest of the pack consists of the alpha pairs offspring, and other non-breeding adults. The aggressive behavior of the alpha pair discourages other members of the pack from breeding, which allows the best survival rate for the alpha pair’s young. Younger wolves are always looking for opportunities to improve their status in the strict hierarchy of the pack.

The lowest of the hierarchy is the omega wolf. It has been reported in many books that the omega is a stress reliever for many of the other members of the pack therefore, it is subject to much harassment.

The alpha pair are also the first to lead the pack on a hunt, they eat first, and they are the first to scent mark an area and they also organize pack activities.

A wolf will essentially howl for many different reasons. Howling assists pack members keep in touch, allowing them to be able to know where one another are in heavily wooded areas. Under observation, a lot of the howling begins at dusk when the pack returns to a specific location. The wolves will howl for joy, loneliness, sorrow , let other members know their whereabouts, attract a mate, stimulate and rally before a hunt, upon awakening. The sound of a wolf’s howl, is a very beautiful sound.

They can travel long distances.

A pack of wolves is capable of traveling long distances during hunting, sometimes they can go as long as 30 miles to search for food. One unique characteristic of wolves is that they have more massive paws than other animals who have originated from the same family. This feature enables them to travel long distances. According to many specialists, wolves and domestic dogs originated from the same ancient animal family.

Wolves have two thick layers of coats, and they shed the outer layer during the summer.

Sometime during the 10th century AD, England’s King Edgar the peaceful, allowed his loyal subjects to pay taxes with wolf heads. Many other European countries allowed the same atrocities. In North America, our government gainfully employed men to hunt and kill only the wolf. This brought much devastation to the wolf population. In Montana, between 1883-1918, it is believed that more than 80,000 wolves were killed by the bounty hunters.

The wolf extermination in North America

The killing of the wolf in North America is not very well documented. The United States Government was pleased to see it go, so they did not keep good records. But, by the 1900’s the wolves were gone from the Eastern half of the United State’s, with the exception of the Great Lake’s area.

By 1925, in Alaska, the last wolf was killed. In 1928, the residents of Arkansas decided to exterminate the wolf completely by wiping out it’s habitat. They accomplished this by setting fire to Ouachita National Forest.

The wolf in Folklore

The wolf has been a major character in stories for centuries, more often than not he played the “bad guy”. The word “WOLF” has been known to strike fear in children worldwide based on fables and stories such as Peter and the Wolf, Little Red Riding Hood.

Just about every culture has a wolf story to tell, Scotland tells of killer wolves that ate children, China has Lon Po Po (which is very similar to the Little Red Riding Hood story). The history of wolves in fables goes back as far as written history can remember . Not all of the stories, however, make the wolf out to be a sinister creature. Some cultures held the wolf in high regard and wrote epics about how brave and loyal a wolf was. It is amazing to see such a diverse standpoint in story telling over one animal.

Even wolves have their own folklore legends. A wolf called “Old Lefty” is said to have killed over 380 head of livestock in 1913. He got his name because he’d lost his right paw in a trap. Another wolf legend, “Three Toes”, names for an incident with a trap, was reported to have taken approximately $50,000 worth of cattle in 1925.A gold watch served as a reward as a 150+ man wolf-hunt the great Three Toes was found and killed. His legend lives on.