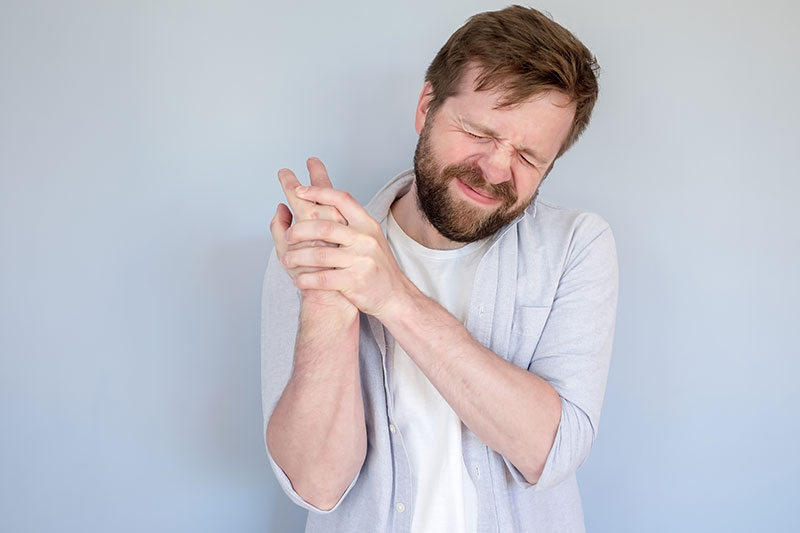 Many individuals have the urge to move around after being on very long flights, bus rides, watching long movies, and even staying in bed just to relax. That is because the lower limbs have an unpleasant feeling which the only way can be alleviated is by moving the legs around and repositioning them.

However, a few people have a condition where they need to move their legs and end up with cramping in their legs as well known as restless leg syndrome or RLS. And this condition may affect more people than known at this time. The other thing is that RLS may not only affect the legs it can affect the arms and shoulders too.

Therefore, there are not many cases of restless arm syndrome or RAS known  but there are some who have it and suffer in silence because many doctors would not have even heard of this condition. Therefore, they stay silent and they only do so until it becomes too unbearable to handle. That is when a diagnosis is finally made.

Is RAS A Condition That May Come To Light In The Future?

Now, two German pain therapists of the Bavarian State Medical Association in Germany are acknowledging there is a prevalence of RAS and it may not represent its true forms when it is chronic and mild. A recent report focuses on an elderly male patient who suffered from pain in his right shoulder and back for over 20 years. He went to many specialists including rheumatologists, neurologists, radiologists and they were not able to help him at all. All they did was prescribe his anti-inflammatory medication and they suggested that he try acupuncture. He has had massages, visited chiropractors, and also had transcutaneous electrical nerve stimulation done on him.

In March 2017, he went to one of the pain specialists from the Bavarian State Medical Association in Germany and shared how he keeps having symptoms of deep pain that feels like stabbing and pressing. With the right treatment, his back pain subsided until 2020 as he then ended up with symptoms of not just severe pain but felt a restlessness in both of his forearms and hands which had worsened over time. He shared that with the pain specialist during that follow-up appointment in 2020.

The pain specialist believed it may have been a case of arthritis or snapping fingers, and he visited an orthopedic surgeon who operated on him and prescribed non-steroidal anti-inflammatories. However, none of that helped this patient. The symptoms that he had were like restless leg syndrome except that they were in the arms.

However, when he was up and about and moving, and exercising, he experienced the least amount of discomfort. When he relaxed, however, or sat for long periods of time, that is when the sensations of burning, sharpness, and tingling worsened. The pain and discomfort were only happening in his arms and it was not happening elsewhere.

Therefore, the pain management specialist in Germany ended up ruling out other causes for these symptoms that this patient had. He ended up noting that he had RLS but in the arms, and prescribed him a medication that was meant for RLS which added more dopamine to the brain as well.

That course of action finally worked as the patient was doing well and did not suffer from any side effects from the treatment. However, this patient is not the only one who has this condition. The question is how many other people are there suffering in silence from having the same pain experience that he has? There are likely many people who have RLS in the arms and not in the legs.