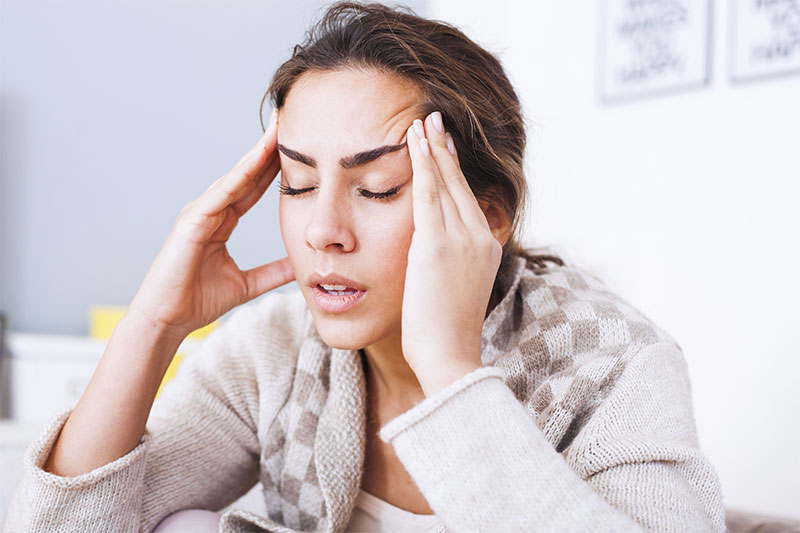 Many people have an allergy to gluten which is a protein found in many grains such as barley and wheat. That is why they avoid it and the other issue is that many people have to avoid it if they have Celiac disease. Celiac disease is an autoimmune disorder that causes the immune system to attack gluten by forming antibodies. That causes gastric distress such as diarrhea, bloating, and nausea. Gluten can also cause you to have other health problems too which is why so many people have to avoid it.

However, you don’t have to have Celiac disease or an allergy to gluten to have gluten cause other problems. In fact, recent studies are showing that there is a connection between gluten and migraines. Before delving into it, let’s go into more detail about what a migraine headache is.

Migraines are a lot more than a headache for sufferers as they have other unpleasant and distressing symptoms. Sufferers have an aura before they end up with severe head pain. The aura can consist of floaters or blind spots, or they have an odd sense of smell or taste. Sometimes when the migraine comes on, people who suffer from them also experience nausea, fatigue, no appetite, and a fever. Sometimes there are other feelings of distress or discomfort.

Many migraine sufferers usually know what can trigger migraines such as caffeine, preservatives such as MSG, hormonal fluctuations, changes in weather, loss of sleep, fatigue, and stress. However, there is another possible migraine trigger that many people may experience and that is gluten.

Is There Is Connection Between Gluten And Migraines?

Gluten is a cause of migraines for some people as some studies are showing. There was also a study that may have found the link between Celiac disease and migraines as well. It may be the case that migraines might be the first symptom of Celiac disease coming on to some patients. It has also been found that gluten can have a negative effect on the nervous system whether they have celiac disease or not. Evidence has found that gluten can cause depression, learning problems, as well as headaches, and even migraines.

Therefore, gluten may cause migraines in those who don’t necessarily have Celiac disease but in those who have a sensitivity to the protein which is not quite understood yet. Those who have gluten sensitivities without Celiac disease may experience brain fog, bloating, joint pain, gastric problems such as constipation and diarrhea, as well as fatigue. Since it is looking more and more as if gluten is a trigger for migraines, there is still more research that needs to be done to determine that.

How Can You Be Tested For Gluten Being The Cause For Migraines?

The next steps would be that you will need to go on a new diet that omits gluten and you will also be told to keep a migraine journal. If you no longer have migraines after following this diet, then you will likely see that gluten was the trigger for your migraines.

If you want to avoid gluten as you will have guidance for the new diet, you will need to avoid wheat, bulgar, durum, farina, barley, rye, spelt, soy sauce, and semolina. You can enjoy foods without these components and they are tastier as well. You don’t want to experience any more migraines which is why it is worth avoiding gluten if that is the cause.