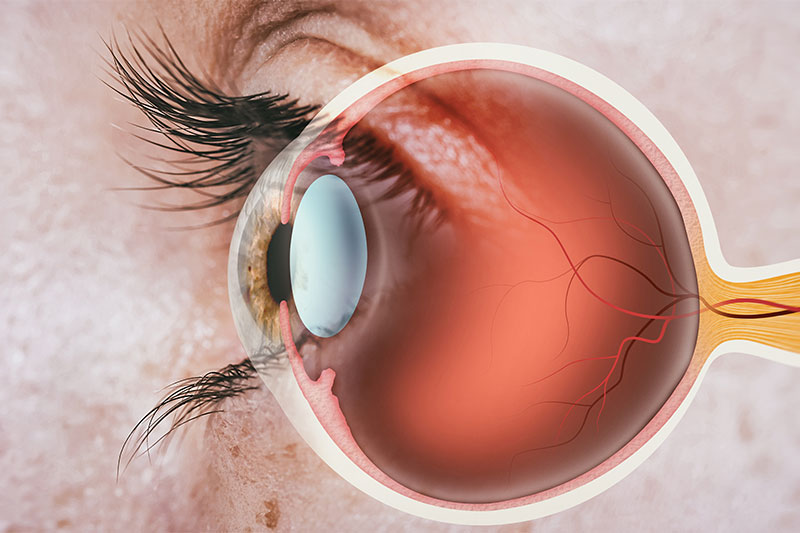 Dementia is characterized by memory loss, loss of cognitive abilities, changes in behavior, and the inability to concentrate. That happens as you age, and there is no way to, unfortunately, stop dementia from happening as some are prone to it and others are not. However, there are ways to look at the risk factor so you can help slow the progression of it and that is the best you can do. If you are able to identify the risk factors for dementia, then you will be able to know how to manage it once it happens so it does not progress too fast.

How Can You Find The Risk Factor For Dementia?

There is a study that was outlined in the British Journal of Ophthalmology and it talked about the links between ophthalmic as well as systemic issues that relate to dementia. It is a known fact that there have been links found between dementia risks and issues such as depression, obesity, diabetes, and hypertension. There are also studies that are being conducted involving the possible relationship between cognitive impairments or dementia and vision problems. It is a known fact that your eye health will decline as you age. However, it is not quite known if there are eye conditions that are independently related to greater dementia risk.

The authors of the journal were studying the data from the UK Biobank to see if eye conditions alone without other high-risk conditions can be a sign of dementia. There were 12,364 adults between the ages of 55 to 73 years old in the study from 2005 to 2010 and followed them until 2021. During that time, they found that there were 2,304 cases of dementia in that group. In addition to that, there were 513 cases of vascular dementia and 945 cases of Alzheimer’s disease.

These participants were asked by scientists if a doctor had told them during the time of the study if they had common medical ailments. Those conditions included hypertension, depression, stroke, diabetes, and cardiovascular disease.

The findings of the study were that those who had each risk factor only and independently had a higher risk of developing dementia. In addition to those conditions, age-related macular degeneration in combination with those ailments also showed that there was an increased risk of dementia. Therefore, the combined risk was a lot greater than those who only had macular degeneration or just systemic ailment.

Those who did not have any eye health problems at the beginning of the study found that the risk of dementia was about 26 percent higher than those who ended up developing age-related macular degeneration during the time to study. Those who had cataracts had an 11 percent risk of developing dementia and those who had eye health problems related to diabetes were 61 percent more likely to end up with the condition.

The one eye condition that did not increase the chance of all-cause dementia or Alzheimer’s was glaucoma, but it did indicate a higher chance of developing vascular dementia. However, if glaucoma was in combination with the above risk factors for dementia, then it did increase the risk of dementia quite a bit.

It is still not clear how eye health problems play a role in being a risk factor for dementia, but it is a known fact that poor lifestyles such as smoking and eating unhealthy foods all of the time can harm eye health. It is also believed that any type of vision impairment may be the first sign of dementia. Therefore, when you start struggling with your vision, the best thing to do is to go to your doctor to assess the rest of your health to see if you are at risk.