In this modern-day where “democracy” and “government of the people, by the people, and for the people” are the concepts that are preferred by the citizenry when it comes to the type of government they want to be ruled over, imagine how extreme tyrannical leaders and dictators are condemned. 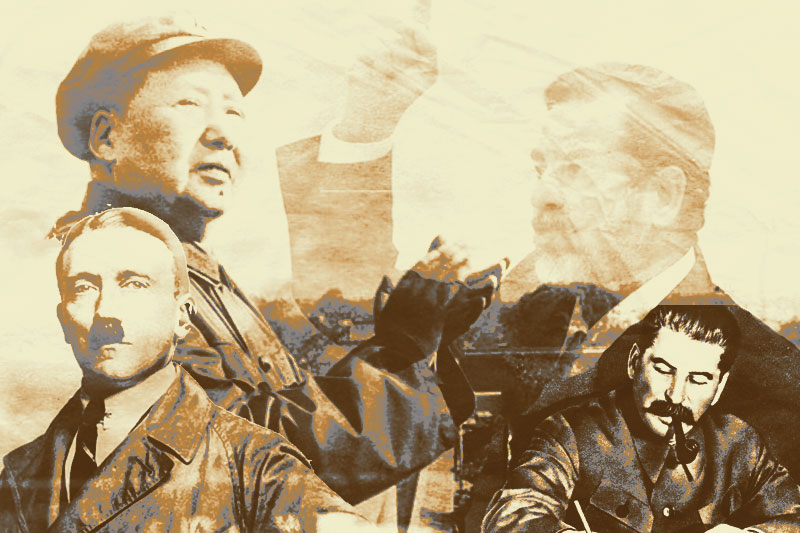 These dictators are usually authors of the slaughter of millions of their people and brutal punishments against their political prisoners. If you stand against their way, you will surely be executed – it is only a matter of how and when. From Adolf Hitler, Joseph Stalin, Pol Pot, Emperor Hirohito, and Saddam Hussein, here is the list of 10 Most Hated Dictators! 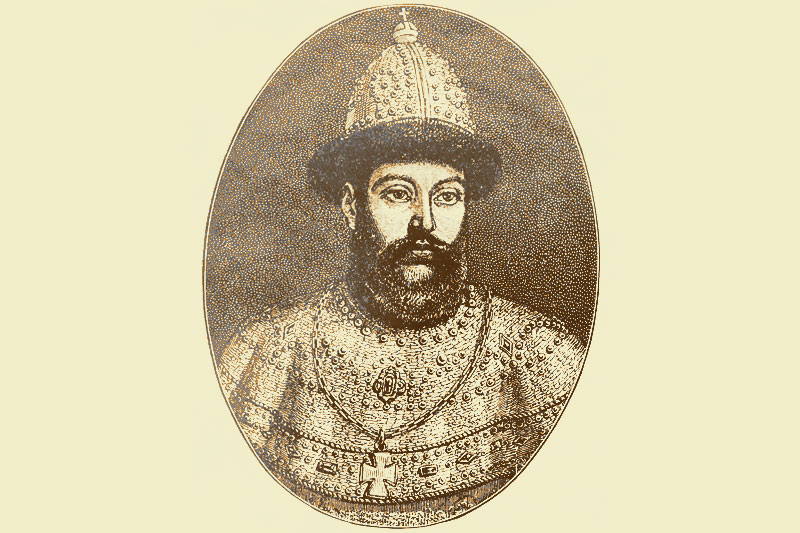 From 1533 to 1584, Ivan ruled Russia as Tsar. He was known to be a ruthless and violent tsar who was obsessed with killing and torturing people who are not even his enemies. He caused the eviction of many families, the Novgorod Massacre, which put almost 60,000 people to death, and execution of many villagers, including women and children. He was known to have killed one of his wives immediately after their marriage and his son out of pure rage. In 1466, he died while playing chess along with one of his companions. 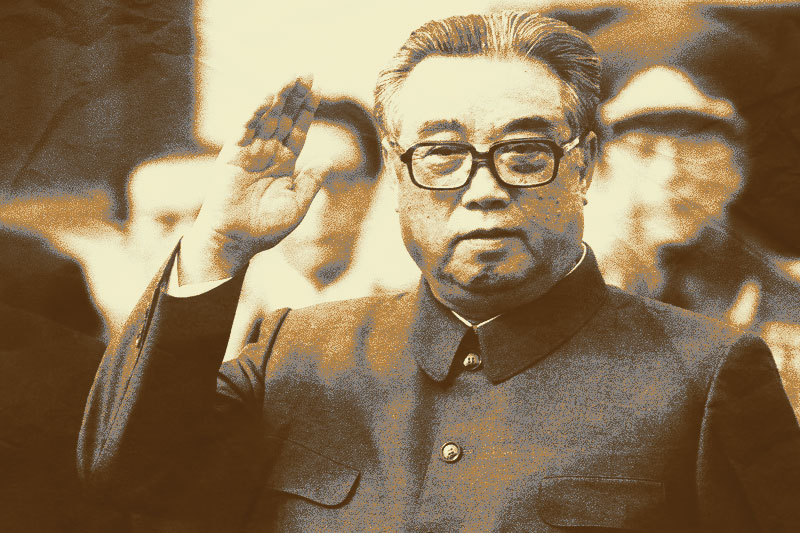 From 1948 to 1972, Kim Il Jung ruled a tyranny in North Korea. He was known to have instigated the Korean War, which led to the death of millions of people. After the war was over, he either exiled or sentenced to death almost 90 percent of all the military commanders who fought during the war, while political prisoners were kept in concentration camps for forced labor and starvation. During his administration, 900,000 to 3.5 million people died. In 1994, he died of a heart attack and was succeeded by his son, Kim Jong Il. 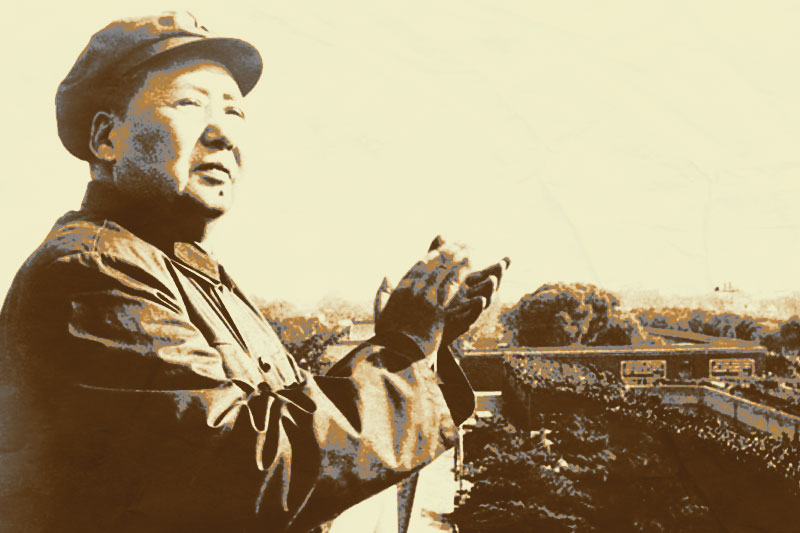 When Mao Zedong ruled over China, he introduced the Cultural Revolution underscoring the ideologies of Marxism and Socialism. However, the revolution only caused the death of millions of Chinese due to famine and starvation, accounting for almost 45 million. Many intellectuals and other people belonging to the high socio-economic class were executed and terrorized. The population of the country grew rapidly, and society transformed into modern communism. In 1976, he died due to failure in his nervous system. 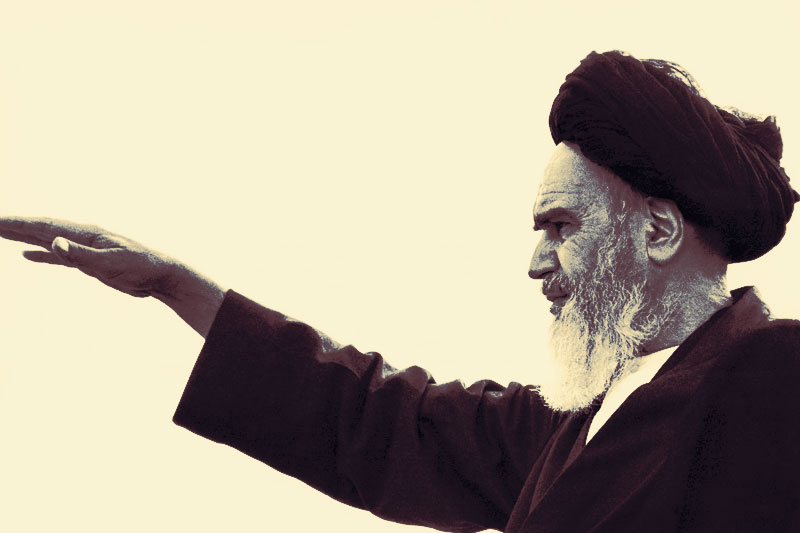 From 1979 to 1989, Ayatollah Khomeini ruled over Iran as their religious leader after the success of the Iranian Revolution. He is known to have introduced a militant Shia Islamic Law that resulted in brutal methods of killing and punishing wrongdoers. People were shot, hanged in public, gassed, stoned to death, or even burned alive. He held captive 52 Americans, who were employees of the American embassy, for 444 days. When the Iran-Iraq war ensued, young boys were forced to fight in the front lines, their economy collapsed, and terrorist groups were formed. 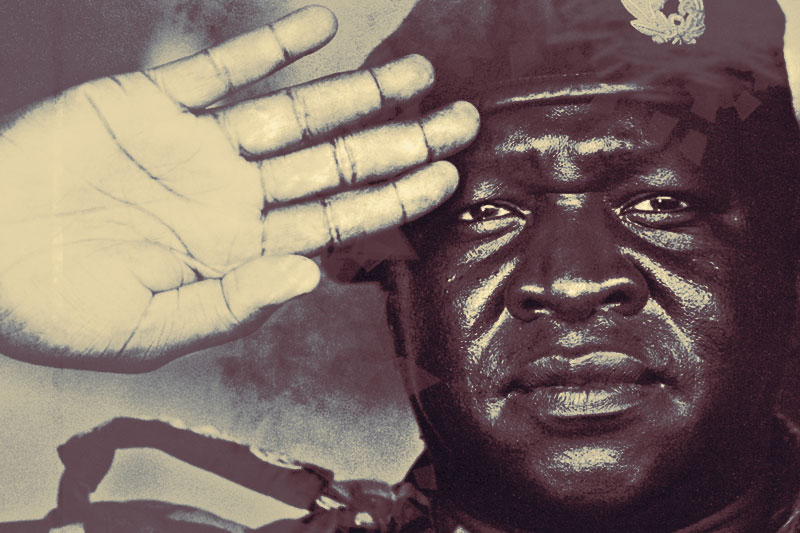 From 1971 to 1979, Idi Amin ruled as a dictator in Uganda. At first, he promised his people to bring democracy in the country, but after seating in the administration, he turned out to be a brutal and ruthless tyrannical leader. His regime was characterized by human rights violations, racist persecutions, political massacres, and exile of about 40,000 Asian people. He was obsessed with the power he had in his hands, even to the extent of insulting other political leaders in other countries. 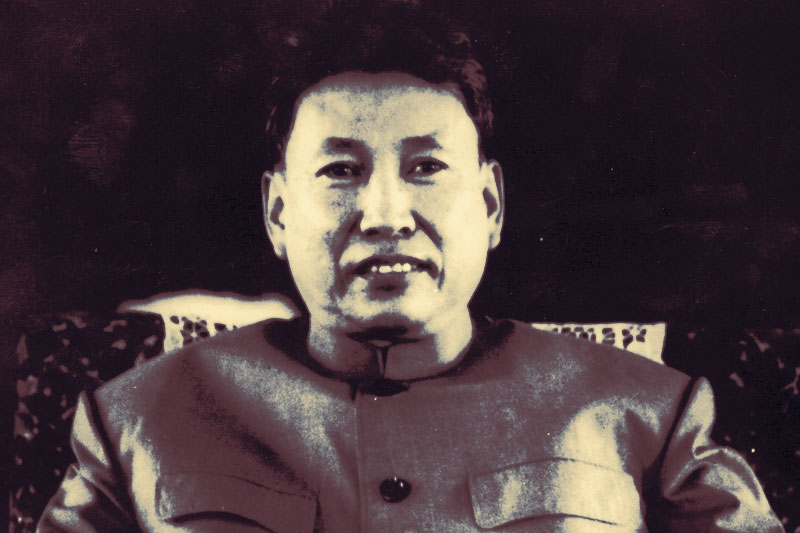 During the 1970s, Pol Pot took over the government along with other Khmer Rouge cronies. At his administration, he tried to revive an agrarian society by turning back to “Year Zero”. With this objective in mind, he abolished private property, money, and religion, underscoring a Marxist ideology. He also forced millions of families to concentration camps to do forced labor, wherein almost a million people died due to starvation and disease. 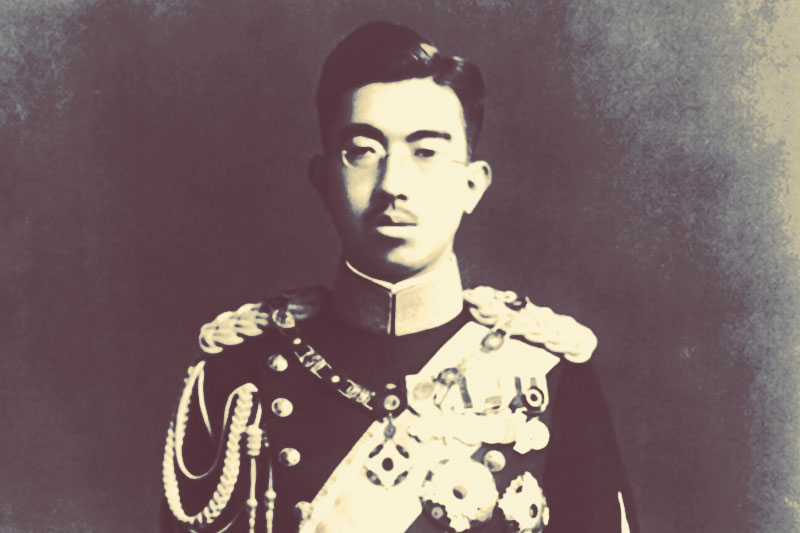 From 1926 to 1989, Emperor Hirohito ruled as a dictator in Japan. He is most famous for committing numerous war crimes against China, Indonesia, Korea, and the Philippines. He is also most infamous for his ordering the Rape of Nanking, which killed almost 300,000 victims and 200,000 women sexually assaulted. The men were even forced to look while their wive, daughters, or mothers are being raped. Overall, almost 20 million Chinese and 10 million other people in Asian countries were killed during his administration. In 1989, he died of cancer. 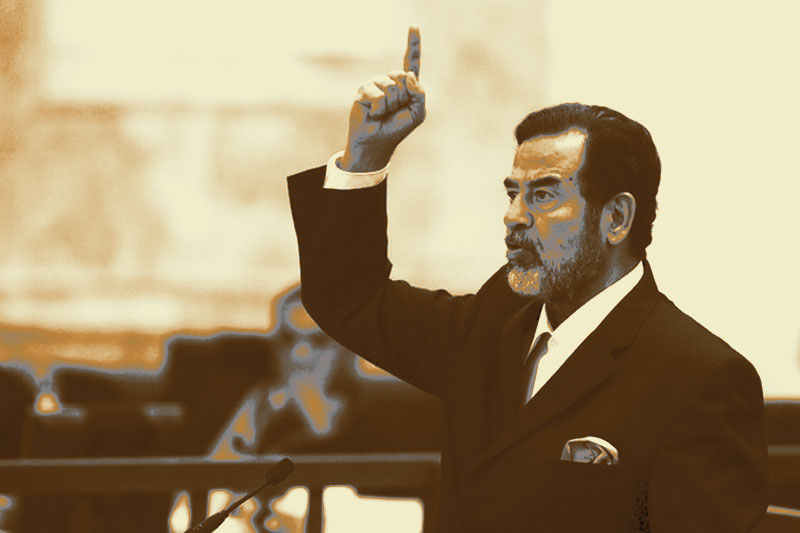 From 1979 to 2003, Saddam Hussein was Iraq’s dictator. He is the author of many brutal acts, including the chemical gas attack in Kurdish, which killed almost 5,000 people and the campaign of terror against the Kurds, which killed almost 100,000 victims. He is known to not only political torture prisoners but even to killing his relatives who stood in his way. During his administration, almost 2 million Iraqis died. In 2006, he was convicted of numerous crimes against humanity and was sentenced to be hanged. 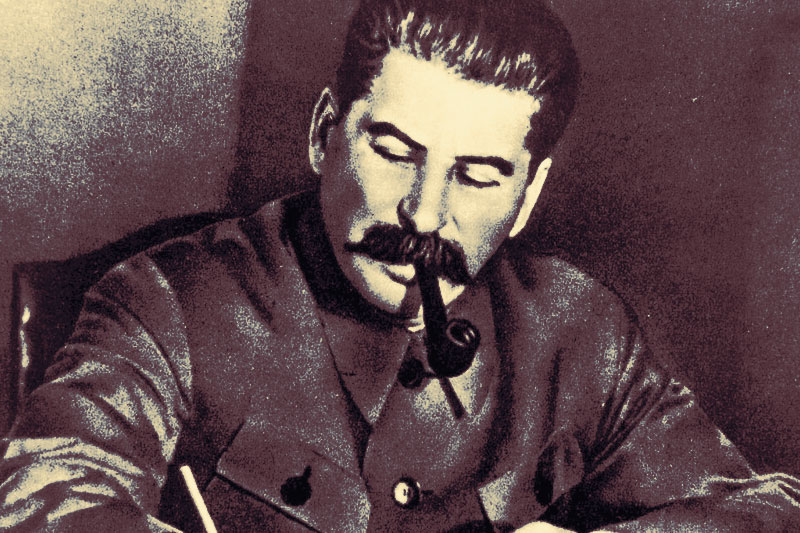 As a child, Stalin was already very fond of Marxist ideologies and even ideas like overthrowing the government. From 1922 to 1953, Joseph Stalin was the dictator of the Soviet Union after working his way up the ranks of the Communists. During his administration, he created a 30-year terror, where almost 10 million people died after being executed or sent to concentration camps for forced labor and slavery. Also, because of his overpowering drive to make the Soviet Union a superpower nation, he considered the death of his citizens only as collateral damages. 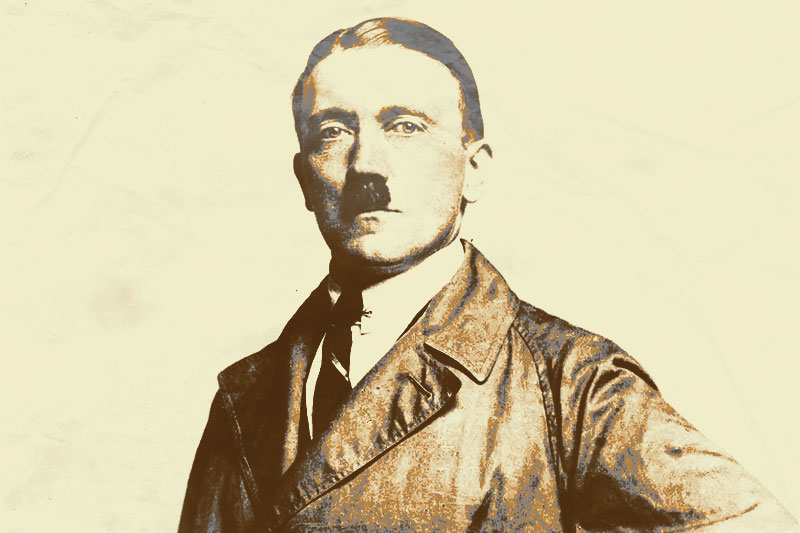 If there is a name synonymous with a hated dictator, it would be Adolf Hitler. He was driven with too much patriotism to his country and was obsessed with purifying the blood of its people. Because of this, he grew hatred against Jews, homosexuals, and even people who have a physical deformity. He is the author of the Holocaust, which killed almost 6 million Jews and other people during WWII. His prisoners were killed through gas chambers, death marches, medical experiments, slave labor camps, and brutal executions. In 1945, he killed himself through cyanide poisoning and gunshot.