According to studies, the key to happiness is spending your money on experiences rather than possessions. 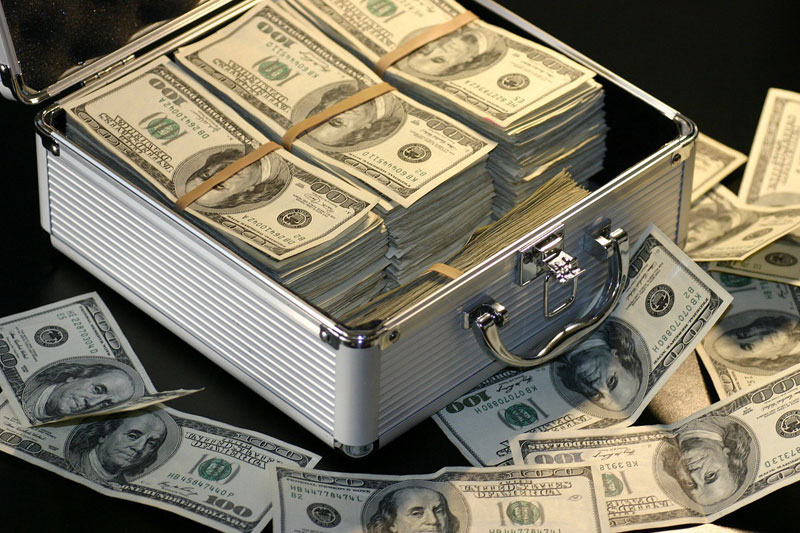 If you have no debts and US$10 in your pocket, then you are wealthier than 25% of Americans.

The Romans made their coins in the temple of Juno Moneta, the goddess of marriage and women. From the name Moneta, derives the words “mint” and “money.”

The first U.S. cents were 100 percent copper, while today’s pennies are 95 percent zinc with a copper coating measuring the only 1/2000th of an inch.

Each color has its own physical characteristics. Green was selected for U.S. dollars because it’s the most resistant to fading, flaking, and discoloration.

Counterfeit dollars can be too good. Fakes are frequently detected because they are more perfect than authentic money.

There is more money printed for Monopoly each year than there is real money around the world. In a Monopoly game, the amount of money is $15,140.

One of the most expensive coins in the world is the 1913 Liberty Head nickel. One sold in 2010 for $3,737,500. It is so rare because it was printed by a rogue mint employee who made only five of the coins.

The only woman that has appeared on a U.S. paper currency is Martha Washington.

The motto on the first U.S. coin was “Mind Your Business” featured on the early one cent ‘Fugio’ coin designed by Benjamin Franklin in 1787. The famous “In God We Trust” motto didn’t appear on American coins until 1864.