Do you have high blood pressure? A new British study is giving people another way to beet it.

The study was done by researchers from Queen Mary University of London, Barts and The London School of Medicine and Dentistry. It was published in the “Journal of Hypertension” on April 15, 2013. 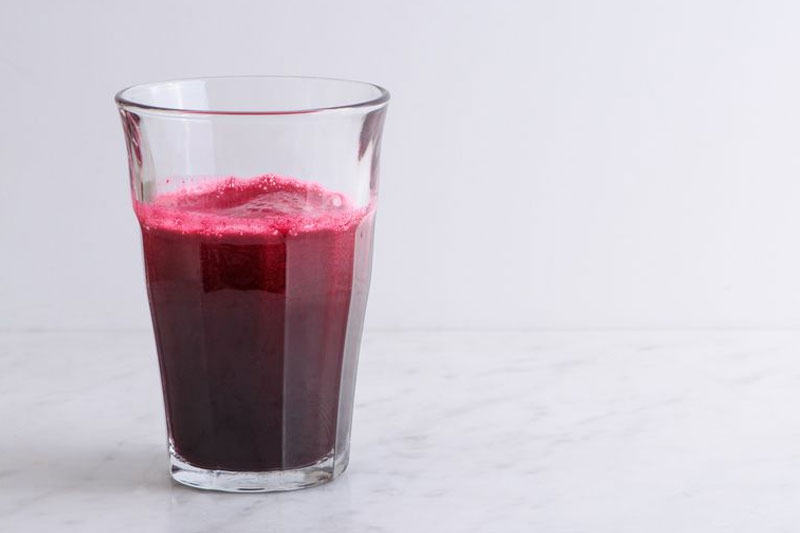 The study was done on 15 men and women with high blood pressure. It found that people who drank 250mL (about 8.45 ounces) of nitrate-rich beetroot juice a day experienced a reduction in blood pressure of about 10 mm Hg. The reduction was found to be the highest around three to six hours after drinking the juice, but the effects lasted 24 hours later.

Beetroots contain many heart-healthy compounds, including vitamin C and K, fiber, and polyphenols. Still, scientists believe that the vegetable’s high nitrate content is responsible for its ability to reduce blood pressure.

The nitrates in beet juices are converted into nitric oxide in the body through a chain reaction, according to WebMD. Nitric oxide is a compound that enhances blood flow throughout the body and helps lower blood pressure.

Another study by scientists from Baker IDI Heart and Diabetes Institute in Melbourne, Australia, found that within an hour of drinking beetroot juice, a group of healthy men experienced a drop in their blood pressure by an average of four to five points. That study was published in the “Nutrition Journal.”

Other studies have found that drinking two cups of beet juice daily or taking nitrate capsules reduced blood pressure in healthy adults, suggesting either one of these methods may have a beneficial effect on blood flow. The studies also indicate that drinking beet juice can be a natural alternative to helping reduce the risk of heart disease.

Aside from beetroot, other vegetables are rich in nitrates, which researchers believe would have the same effect. They may just not taste that great as a juice. Those vegetables include lettuce, cabbage, and fennel.

Beetroot juice has more nitrates than baked beets as some of the nutrients are lost during the cooking process.

Recent studies are putting beets in the spotlight as a superfood, but using this vegetable as a remedy for better health is nothing new. Beets have been used for centuries to treat everything from constipation to blood-related problems, according to wholeliving.com.

Beets are a good source of fiber, including the soluble fiber called pectin. The fiber found in beets can help keep your digestive system running smoothly.

In the 1950s, Hungarian physician Dr. Ferenczi treated cancer patients in part by having them drink about a quart of raw red beet juice every day.

Beet juice can also have a positive effect on your body during exercise. Studies have found that drinking beet juice for just six days helped enhance overall physical performance and heart function during exercise.

The green leaves on beets have health benefits too. They are rich in folate, fiber, potassium, beta-carotene, and vitamin K.

How to buy beets

There are several different types of beets that you’ll most likely find when searching for them at a natural health food store or farmers market. They are golden, white, and striped beets called Chiogga or Candy Cane, aside from the red ones. Look for bunches of firm beets with fresh greens. Once you take them home, cut the greens from the root, leaving about an inch of stem attached. Place the beetroot and the stem with leaves in separate plastic bags in the refrigerator. The beets should last for about a month. The greens should be used within three or four days.

There are many ways to prepare beets. However, eating beets won’t give you the same amount of nitrates as drinking beet juice because some of the nutritional value is lost during the cooking process.

Beets can be messy to cook as their deep red pigment can get on everything. If you plan on roasting or steaming your beets, leave the skin on during the cooking process. The skin will slide off easily after they are cooked.

A cup of raw beets has about 35 calories and 8 grams of carbohydrates. A Cup of beet juice is usually about 100 calories and 25 grams of carbs because of the added sugar. However, if you purchase raw, unsweetened beet juice, you might think it’s just as delicious as an artificially-sweetened version. Beets have the highest sugar content of any vegetable, including sweet potatoes, corn, and carrots.

Please note that if you do start drinking beet juice or eating beets daily it can give your urine and stool a reddish appearance as a result of the vegetable’s natural and powerful red dye.