Some 80 million years ago, we would have all lived in one country. That’s because most of the land masses or continents that exist today, were all lumped together. But during geological events of the Cambrian age, the masses separated, with one large piece containing most of the continents from the Southern hemisphere, including Australia and New Zealand. The mass was called Gondwanaland, and it was the home of ratites. 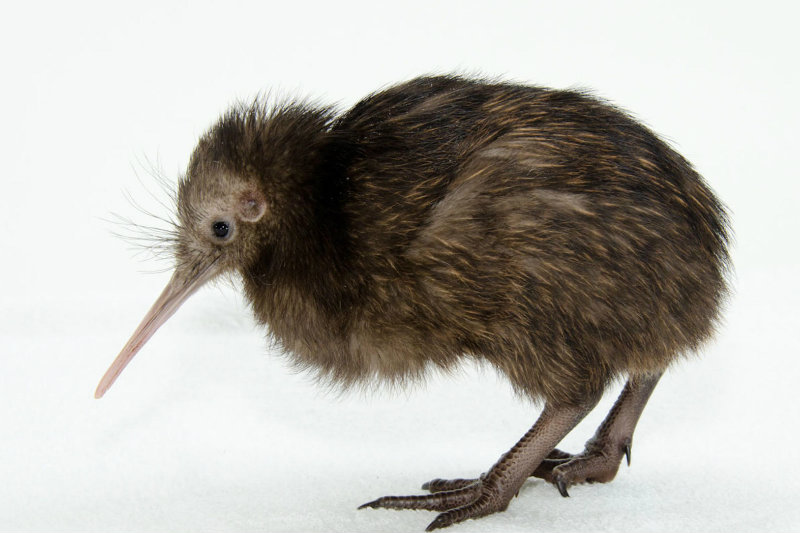 Ratites are that large family of flightless birds, ranging from the huge African ostrich which can reach nearly three meters in height, down to the chicken size New Zealand Kiwi bird. Many of the members of the ratite family have developed species-specific characteristics that can only be accounted for by their total separation from other ratites. For example, the New Zealand Kiwi bird has two nasal openings at the end of its relatively long beak, and actively uses its sense of smell to detect grubs and other bugs that make up its diet. The Kiwi also lays an egg that is gargantuan in proportion to its body size, up to 20%, where the ostrich egg is a mere 5% of the adult’s body size.

The New Zealand Kiwi birds lives in burrows in the ground. Native Maori legend tells a story of how bugs were destroying the roots of trees so the King of the Forest went to the birds up in the branches and asked each one who would sacrifice their life in the sky, to save the forest. Only the Kiwi volunteered. As punishment, the King meted out distinctive markings or other measures to each of the birds, which are evident today in either their appearance or habitat.