During the female orgasm, endorphins are released, which are powerful painkillers. So headaches are in fact a bad excuse not to have sex.

The old joke about not being interested in sex, because you have a headache, went out the window, about 30 years ago, with the discovery of human endorphins.
Endorphins are an opioid, a morphine-like substance manufactured by our own brains in times of stress, which does not necessarily mean being nagged, late for work, or chewed out by the boss. Stress on the body means taking its performance beyond their norm, and can include everything from running, to mountain climbing, to having sex. 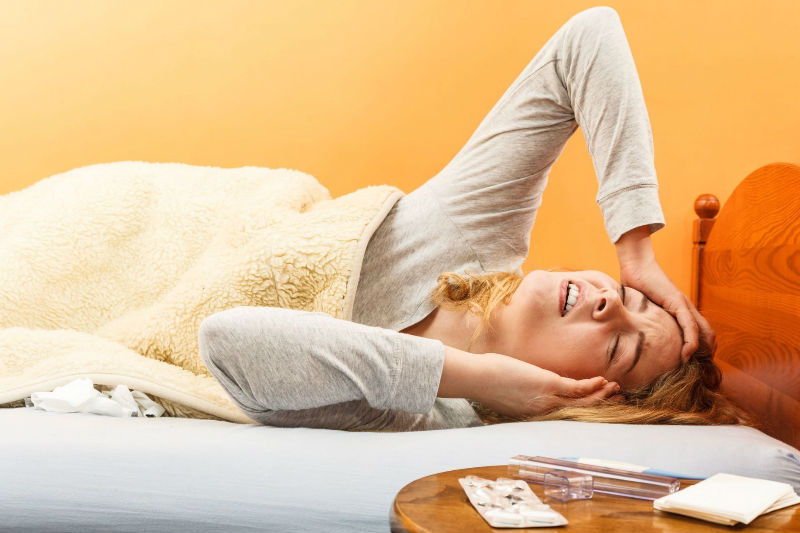 Our bodies produce more than 20 kinds of endorphins, but it’s thought that the beta-endorphin, a peptide hormone, has perhaps the strongest effect on the brain during physical exercise. There are four main properties of endorphins – pain relief, stress reduction, immune boost, and delaying the aging process, and the beta-endorphin appears to have them all.

The most common example of the benefits of endorphins, is what is referred to as the “runner’s high”, a euphoric type feeling that can propel a long-distance runner beyond what they would have expected their own limits to be. This is also the reason that in times of war, soldiers have been capable of seemingly inhuman feats of strength and endurance. But the effect only occurs over a long period of sustained activity, and not just a short jog, or session with weights in the gym. When endorphins kick in during activity, varies with each human body.

The blissful feelings after having sex, are the result of a body producing endorphins and the hormone oxytocin, and are enhanced by continued body contact and the endearments of a loving couple. It may even help you stay young. Dr. David Weeks, who studied 3500 people over 10 years, reported in his 1999 book Secrets of the Super Young, that people who had sex four or five times a week, appeared younger than those who only had sex twice a week.

He theorized that the emotional pleasure, as well as the chemicals produced, contributed to the overall emotional well-being, and physical appearance of couples in a stable, loving relationship. However, he noted that promiscuous sex for the sake of sex, did not have the same results.

Not Tonight Dear, I Have a Headache is an old excuse, so stop using it.