Regular walks may reduce the risk of dementia and Alzheimer’s disease in men over the age of 70, according to a study in the Journal of the American Medical Association. 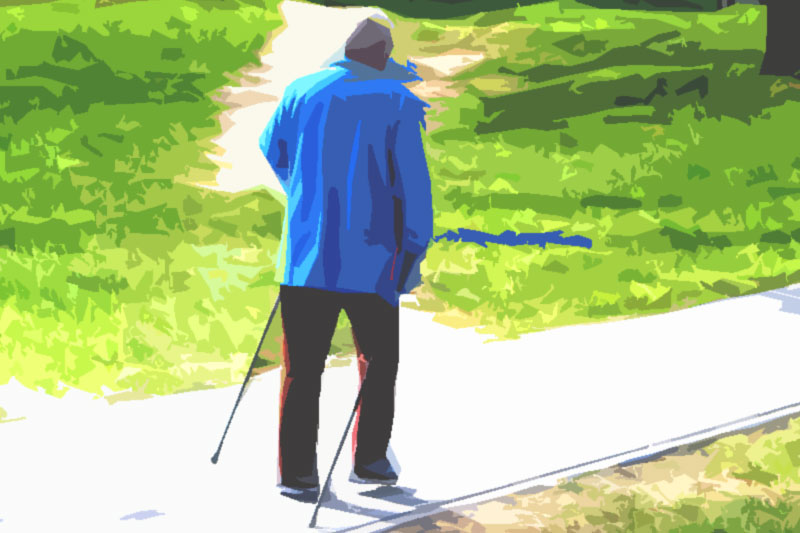 Researchers found that senior men who are sedentary or walk less than a quarter of a mile per day are nearly twice as likely to develop dementia and Alzheimer’s disease than men who walk more than two miles per day. The study noted that the findings are likely to also apply to elderly women as well.

“This is additional evidence that exercise includes health benefits other than just lowering the risk for coronary disease, cancer and other diseases,” said study co-author Robert Abbott, Ph.D., a biostatistics professor at the University of Virginia Health System.

Abbott said active people tend to have a healthier life-style and a better diet than those who are inactive, noting that all of these factors could be working together in determining vitality and the health of one’s brain.

“There is also the possibility that people who walk are less likely to get diseases later on in life that could lead to dementia versus people who are inactive,” said Abbott.

Abbott and his colleagues studied data collected in another study on 2,257 physically-capable, nonsmoking Japanese-American men between the ages of 71 and 93. The distance that the men walked each day was assessed from 1991 to 1993. The men were then neurologically tested for dementia in two examinations between 1994 and 1999.

During follow-up, 158 cases of dementia were identified. After adjusting for age, men who walked less than a quarter mile per day were 1.8 times more likely to develop dementia than men who walked over two miles per day.

“If I were sedentary, regardless of age, the finding that regular walking could have effects on late-life cognition is an additional reason to become more physically active,” said Abbott. “But I would do it carefully and with the advice of a physician. Also, keep in mind that walking is not a strenuous activity for most people.”