We use salt every day in our food. It is one of the essential tastes and has always been used by man for seasoning as well as for preserving food from spoiling. While rock salt, sea salt or unrefined salt was used in the past, today we use the refined or table salt. 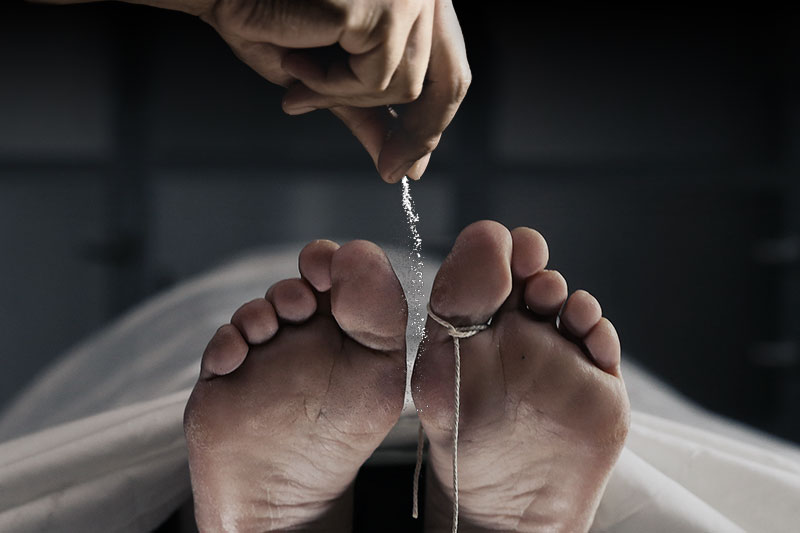 Salt is a mineral that is composed primarily of sodium chloride (40 percent sodium and 60 percent chloride). It is essential for all living things, but should not be taken in excess

Why Do We Need Salt?

The chloride and sodium ions are required by the body in small quantities to regulate the water content in it. Sodium is required not only for helping to keep the fluids balanced in our bodies, but also to help in the transmission of nerve impulses to the brain. It also plays a role in contracting and relaxing our muscles. As sodium attracts fluid like a magnet, excess intake of salt would result in excess retention of water in our body.

Too much of any mineral is harmful to the functioning of the body. Excess salt increases the amount of sodium in the body and can have serious effects on health. Although salt is used to treat problems such as dysautonomia, or disease or malfunction of the autonomic nervous system, it can also be linked to conditions such as thirst, anemia, false hunger and some major diseases such as those given below. 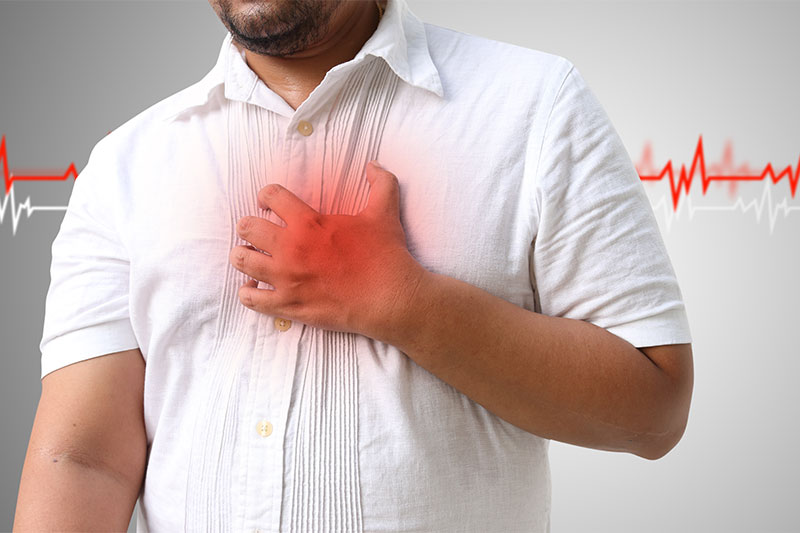 High salt intake is known to increase blood pressure, which could result in the individual being affected by serious diseases like heart disease, paralysis, and stroke.

This well-known fact has been proved by an INTERSALT study of more than 10,000 people in 52 different study centers, although the effect varied from person to person. There is increasing evidence on the link between high blood pressure and high salt intake found in medical records since 1994. People from all parts of the world and from all age groups are affected by the change in their intake of salt. 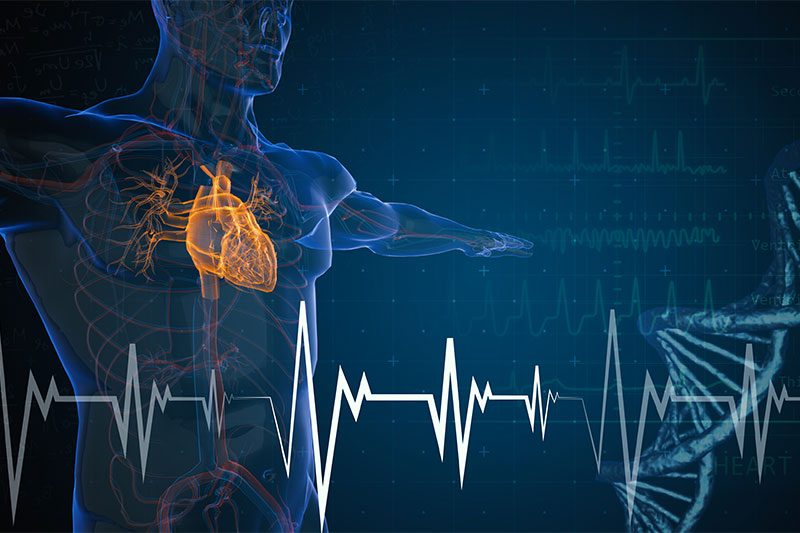 Researchers working on a large scale survey done in 2007 have found that those patients with high-normal blood pressure benefited significantly by reducing their intake of salt, as this decreased their chances of suffering from cardiovascular disease by 25 percent over the following 10 to 15 years. Their chances of dying from cardiovascular disease fell by 20 percent. 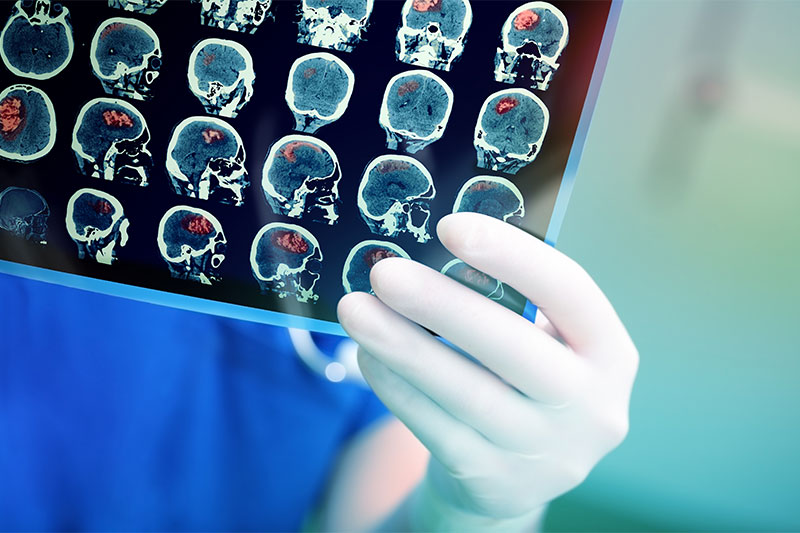 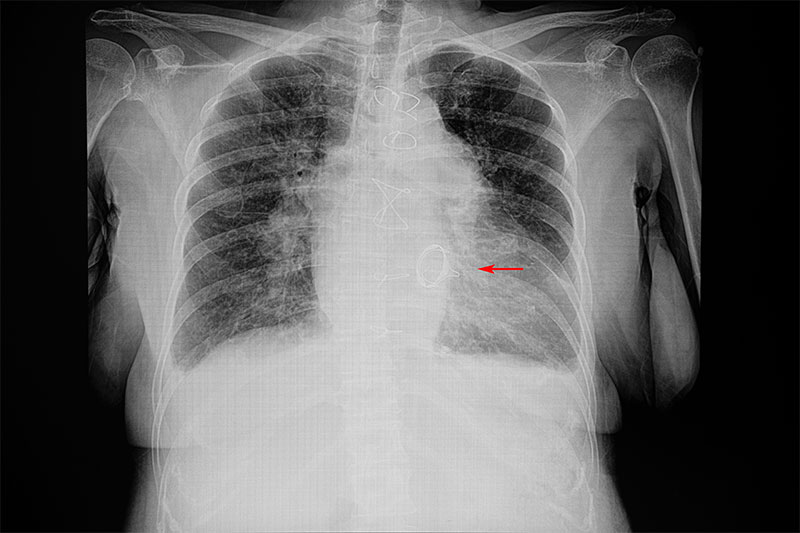 Some people do not suffer from high blood pressure, even when they consume a lot of salt. But medical records show that these people may suffer from left ventricular hypertrophy (enlargement of the muscle tissue that makes up the wall of your heart’s main pumping chamber) and makes salt intake a high-risk factor for cardiovascular disease. 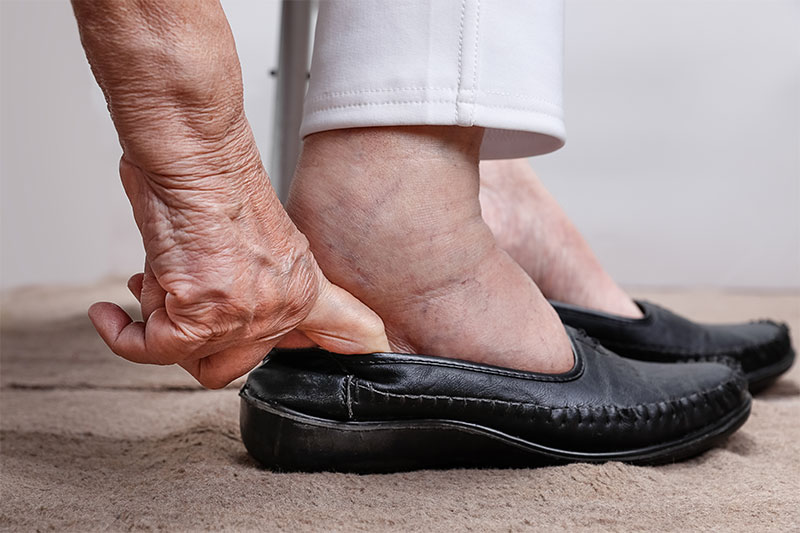 The amount of sodium in the body determines the level of fluid in our body. If you consume too much salt, the kidneys find it difficult to eliminate the excess salt and your body will retain the fluids, which sometimes builds around the heart. Doctors recommend a reduction in salt intake as a treatment for edema. 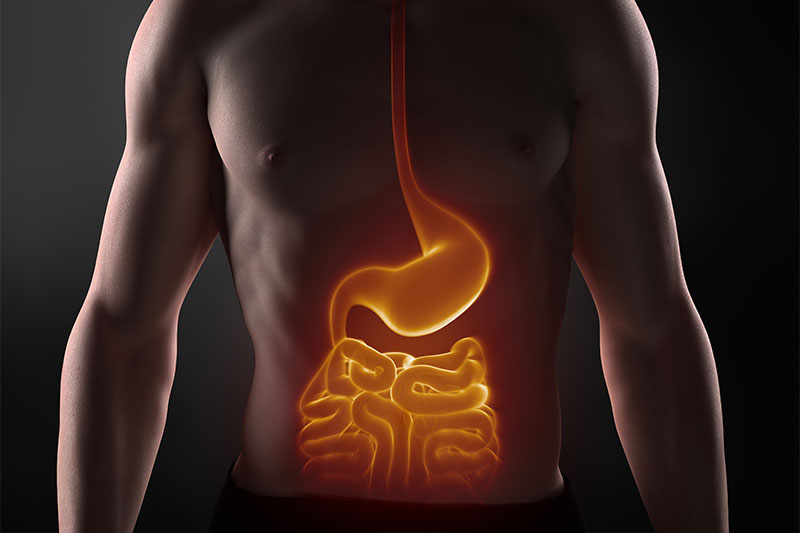 The digestive system is affected in three different ways by high intake of salt. They are:

According to the American Society for Microbiology Conference, salt interacts with Helicobacter pylori (H pylori) bacterium and causes stomach and duodenum ulcers. This bacteria is commonly found in many people, who show no symptoms of carrying it. They are known to cause 80 to 90% of all duodenal and gastric ulcers. It is better that salt consumption is restricted to prevent ulcers from forming due to the presence of excess salt.

Stomach cancer or gastric cancer is linked with high levels of sodium. Evidence for this is found in Japan where salt consumption is high, although the evidence does not relate to food typically consumed in the UK.

Pepsin is a digestive enzyme and excessive salt consumption reduces the amount of pepsin in the body. This affects the digestive system, increases acidity levels and causes loose stools. For instance, when you add salt to curd, it leads to fermentation and forms acids in the stomach. This in turn affects digestion. So it would be better to take curd with jaggery rather than salt. 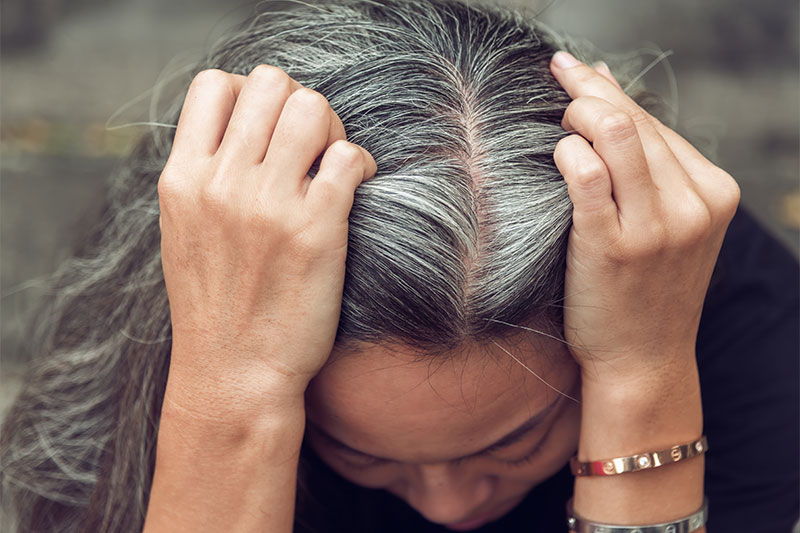 Overconsumption of salt can lead to problems such as graying of hair and loss of hair, which can lead to alopecia (hair loss). 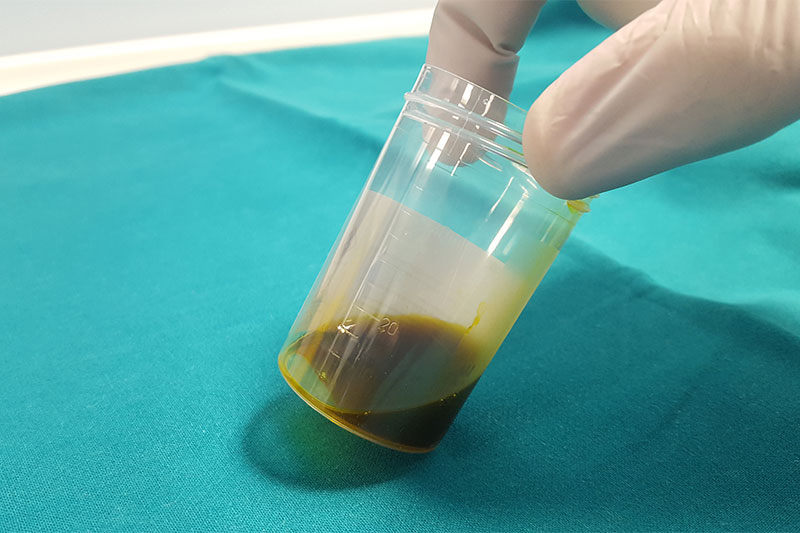 When we take a lot of salty foods, it raises our bile secretion level, which raises our blood density levels, thereby decreasing our vitality. It also leads to many skin problems such as dryness of facial skin, lips and sometimes leads to sore lips and bleeding. Doctors advice people with skin problems to take less salt. 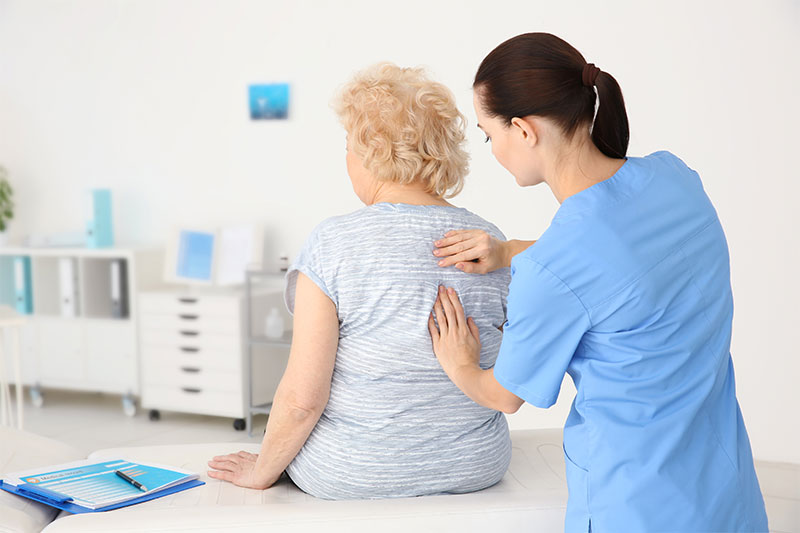 Excess salt prevents the absorption of calcium in the body. This can lead to osteoporosis and problems related to it. In a study conducted on postmenopausal women, it was found that women who consumed a high-sodium diet lost more bone minerals in comparison to those who didn’t. 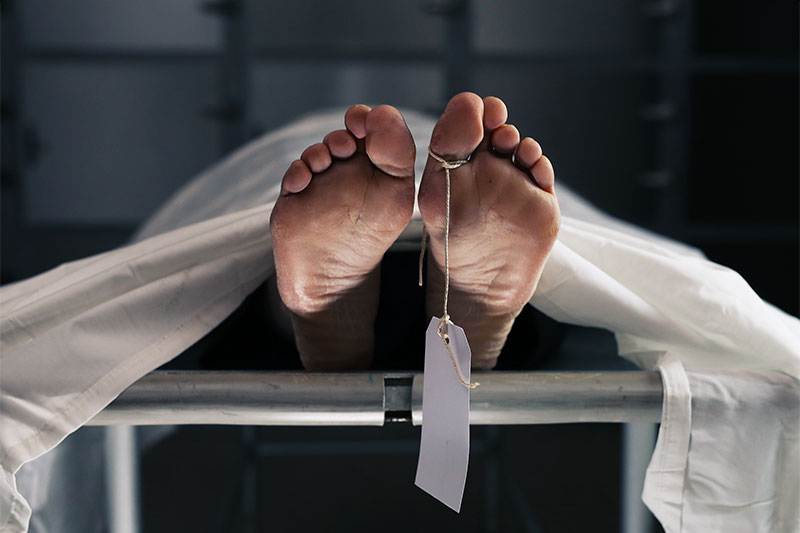 A high dose of salt taken within a short period can be fatal. If a person chance to consume one gram of salt per kilogram of body weight, he may die because of it. Such cases have been reported in situations such as attempted use of salt as emetics, forced salt intake, and accidental confusion of salt with sugar in child food.

How Much Salt to Take? 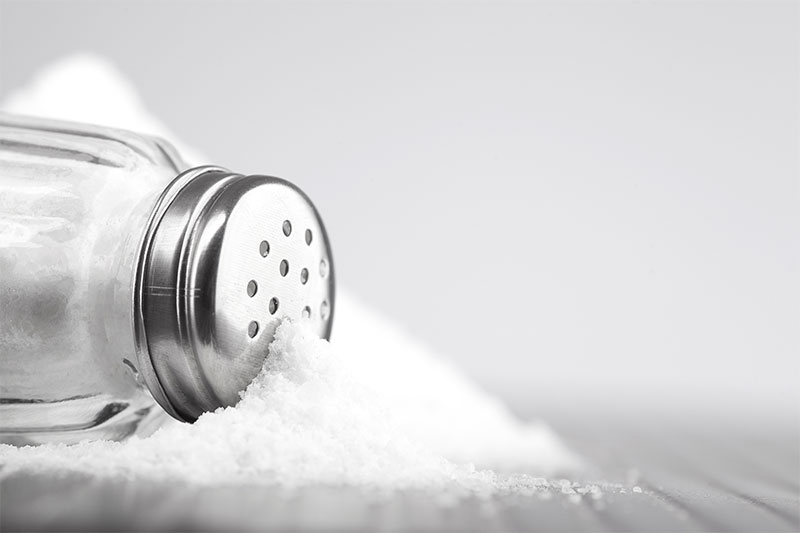 The salt requirement varies from person to person. The recommended intake of sodium per day is between 1,500 mg to 2,300 mg, depending upon your age or any health condition you have (like diabetes, high blood pressure, or chronic kidney disease). In layman’s terms, the World Health Organization or the WHO advises a person to take one teaspoon (containing around 2,323 mg of sodium) or 5 grams of salt a day.

A survey of food consumed by Americans shows that they take 3,700 mg of salt per day, which is 50% more than the prescribed limit. Indians use a lot of more salt in their sauces and gravies and this could take our consumption level to double that of the required one. It is possible to guess this if we take our dietary habits into account, even without the help of a survey.