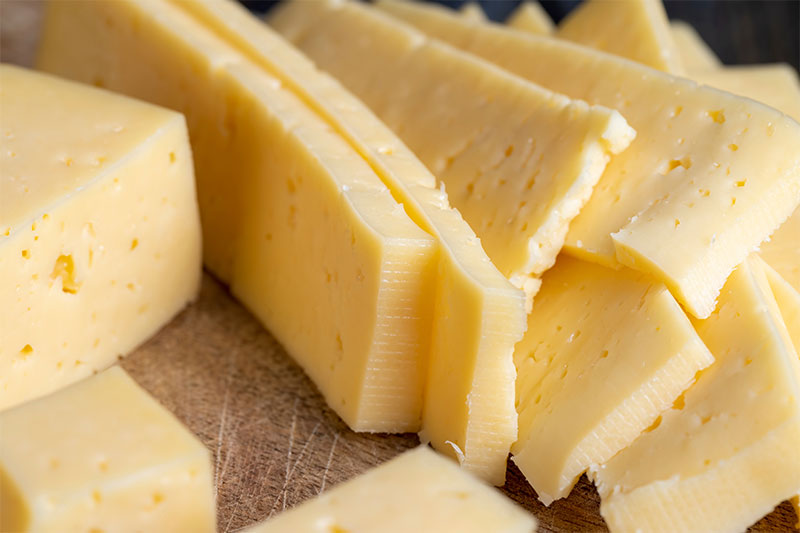 Each American consumes more than 35 pounds of cheese annually, making the population practically cheese-based. Is it because Americans aren’t allowed to consume raw milk products?

There seems to be a disconnect between cheeseboards worldwide regarding how cheese is prepared. Raw milk cheese is totally okay for public consumption in some countries, but not in the United States. U.S. law requires all milk products to be pasteurized. Pasteurization is the process of heating liquid to eliminate all potential bacteria you are not familiar with the term, which we will talk about later. The U.S. seems to be too cautious about bacteria when it comes to cheese.

For whatever reason, Americans are not keen on the idea of bacteria living in cheese, even though many of these bacteria are harmless.

America Does Not Want Bacteria In Its Cheese

Among the bacteria inside cheese from Europe, the FDA is worried about E. coli. However, E. coli found in France’s popular cheeses are regarded as innocent. However, America hasn’t budged yet. It follows the logic that if non-toxic E. coli can get into French cheese, the facilities in which cheese is made must be unclean, making it unsafe to consume.

According to many critics, the FDA should target products like Kraft’s American cheese – which isn’t cheese. Although it doesn’t contain bacteria, it does contain chemicals and fat. It is possible that the United States does not like cheese at all if the product on which their name is stamped is considered a “processed cheese food” instead of just cheese. In Kraft singles, for instance, less than 51 percent of the ingredients are actual cheese, so the company cannot legally label it “cheese.” Apparently, that doesn’t deter America from loving it.

Consider adding some raw cheese to your charcuterie spread the next time you get the chance to visit France, and aren’t limited to processed cheeses. Okay, now that you know this, let’s review how unpasteurized cheese differs from pasteurized cheese.

Unpasteurized cheese is made from raw milk, which has not been pasteurized. As part of the cheesemaking process, milk is pasteurized to destroy microorganisms that may cause sickness or spoilage. Some argue that pasteurizing milk destroys the aromas and flavors that make great cheese and destroys dangerous microorganisms.

A cheese made from unpasteurized (raw) milk cannot be sold in the USA unless it has been aged for at least 60 days. The Food and Drug Administration regulates this. Raw milk cheese’s acids and salts prevent the growth of harmful bacteria such as listeria, salmonella, and E. coli after 60 days.

For the cheese to be considered pasteurized, it must be heated to a temperature of 161 F for 15 seconds or 145 F for 30 minutes or longer.

Typical pasteurization occurs between 158 and 162 F, but many different methods and temperatures are used to pasteurize milk. Among these methods is Low-Temperature Long Hold (LTLH) pasteurization. This involves heating milk to 149 degrees Fahrenheit and holding it for up to 40 minutes. Cheesemakers often prefer the gentler pasteurization method because enzymes and bacteria vital for cheesemaking survive in this method.