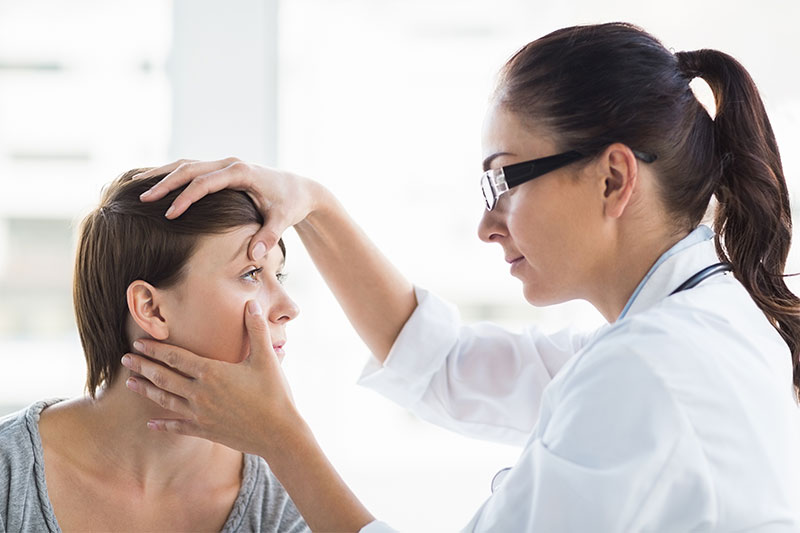 There are many causes of lung cancer which usually results from smoking for a number of years or being around second-hand smokers. However, those who have never smoked or been around second-hand smokers can still get lung cancer. It may have to do with the environment where they live. If they live in an area with a lot of pollution then that increases the chances of them developing lung cancer. Usually, the signs of lung cancer are repeated coughing whether it is productive or not, as well as other signs such as decreased appetite and weight loss. Another sign to look out for when it comes to looking for signs that you may have lung cancer is the characteristics of your eyes. How do your eyes have anything to do with whether you have lung cancer or not? Let’s delve into that further.

Weakness Of One Eyelid Or Drooping

If you have weakness or dropping off one eyelid according to the American Cancer Society (ASC), it can be a sign of a type of lung cancer which is rare which is known as the Pancoast tumor. This tumor is on the top of one of the sides of the lung which is the apical segment. It can spread to the blood vessels, thoracic ribs, as well as upper vertebrae as it expands. This tumor can affect nerves that connect the eyes, face, and brain and it can cause what is known as Horner’s Syndrome. Drooping of the eyelid is not the only symptom that is characterized by Horner’s Syndrome as the pupil in the affected eye is smaller too. There are also ocular symptoms to look out for such as a sunken look in the eyes as well as the fact that the pupils cannot fully dilate when the light is dim. There is also upside-down ptosis which is that the lower eyelid is slightly elevated on one side.

Changes In The Sympathetic Nervous System Can Be The Cause

That will happen as a result of the tumor or any other underlying cause that damages the sympathetic nervous system. That is an essential nervous system as it regulates the body’s responses to changes in the environment. For example, when you are outdoors on a hot summer day, you sweat to lower the body’s temperature. Those who have Pancoast tumors may find that their bodies do not respond to those environmental changes because their sympathetic nervous system is not responding properly. Therefore, it can mean that they will have high blood pressure and causes a fast heart rate too. If you have these changes and you notice that they are not something you have struggled with before, that should make you want to go and get a checkup. That is not something to play around with because as you know, it can be a sign of lung cancer. If you get it checked sooner rather than later, you can get a diagnosis sooner so your prognosis can be much better as a result of that.

Therefore, if you notice any symptoms including your eye drooping, your pupils not dilating in dim light, and not noticing body changes when you are in different environments such as not sweating when you are in a heated environment, then it can be a sign that you have a Pancoast tumor. The best thing you can do is not leave ignore those symptoms because there is an excellent chance of the cancer being taken care of and you going into remission if you catch it early which goes for most types of cancers. Because if it is too late, that will not be helpful at all!