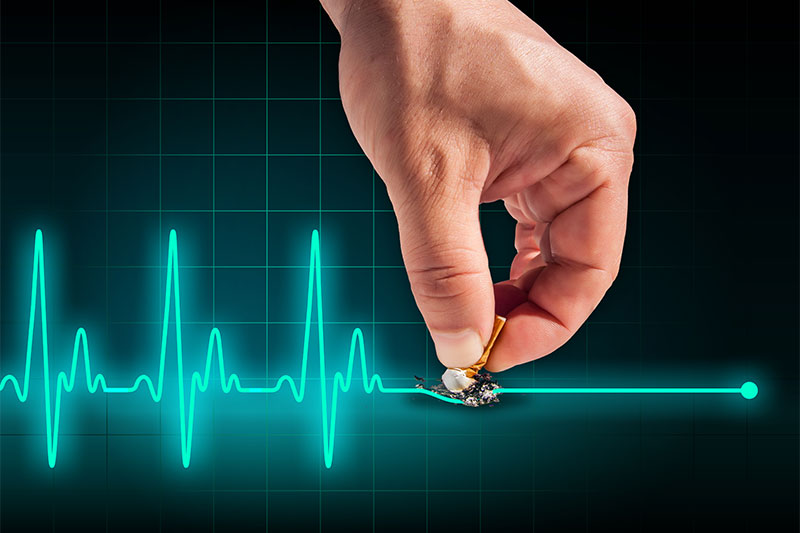 It is a known fact that heart disease and smoking have a link, but there are many smokers who are clueless about having any heart disease until they have a stroke or a heart attack. According to the Journal of the American Heart Association, around one in five men and one in ten women that are smokers will die from a stroke or a heart attack – and many of them do not even consider it happening to them.

Smokers who are young are more likely to have cardiovascular disease than those who do not smoke, and those who are under 30 who are smokers are twice as likely to be at risk for dying of a heart attack or stroke than their non-smoking counterparts. That is without any previous diagnosis of cardiovascular disease. Those who are middle-aged, in their 40s and 50s are 80 percent higher to die a sudden death from a heart attack or stroke whereas the risk is at least 30 percent for older adults who don’t smoke.

However, young people who do smoke, are those in their 20s and 30s are at very low risk of dying from a heart attack and a stroke during those ages. The risk increases as they get older and even then, they do not consider themselves to be at risk. Even if they stick to a healthy diet. They could eat all of the healthy foods and get exercise, but if they smoke, they are just as at risk of suffering from serious consequences with cardiovascular disease as someone who does not stick to healthy eating and lives a sedentary lifestyle.

There were several studies conducted on the risk of middle-aged people ending up with cardiovascular disease. A study published in Circulation that happened over one decade ago was conducted on 50-year-olds that did not have heart disease by determining what would increase their chances of developing it and dying from a heart attack or stroke. It was found that smokers were at twice the risk of heart attacks and strokes as well as having shorter life spans as a result of it.

Those who had one of those ailments had an increased risk of a stroke too. Men were over eight percent likely to have a stroke whereas women have almost an 11 percent higher chance.

Therefore, it is essential for young people to realize that they are not immune to heart disease as they get older, especially if they smoke. If they are aware of it at a young age, they will do what they can to work with their doctor to quit and understand their risks.