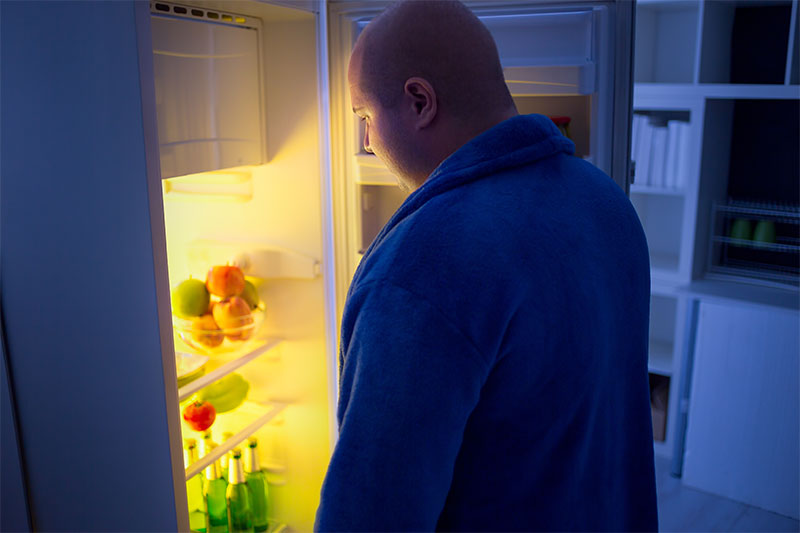 Did you know that you could become addicted to your favourite food? From withdrawal symptoms to changes in brain chemistry, our snacks have surprising ways of keeping us wanting more. Here is our guide to five of the world’s most addictive foods.

Many people claim to be chocoholics, but can you really be addicted to chocolate? The answer is… perhaps. One reason many people feel “addicted” to chocolate is that the food’s chemical compounds (including theobromine, phenylethylamine, anandamide and tryptophan) actually have pleasure-inducing effects that can mimic the effects of drugs on the brain. Chocolate also contains alkaloids (tetrahydro-beta-carbolines) which are present in alcohol and have been linked to alcoholism.

However – before you go booking yourself into Chocoholics Anonymous – it is important to note that many researchers have pointed out that the chemicals in chocolate also exist in other foods which most of us do not crave. It has also been suggested that the chemicals in chocolate are not in high enough doses to lead to addiction. Regardless, it is impossible to deny that chocolate is one of the world’s most-craved foods – whether this is due to psychological reasons or a physical addiction.

From pizzas to cheeseburgers, cheese is a staple of many widely-craved junk foods, but there could be more to our cravings than we think. Various studies have discovered the presence of opiates – including the highly addictive morphine – in the popular dairy product cheese.

While the amounts of morphine in cheese are very small and probably not enough to cause addiction, some researchers have expressed concern about its levels of casein (the main protein in cheese) which produces morphine-like opiate compounds called casomorphins during digestion. On top of this, cheese also contains phenylethylamine, a substance with stimulant effects which is thought to give consumers a natural “high”, and which is reputed to have addictive qualities.

We all know that sugar is bad for our health, but according to numerous studies it can also be addictive. Studies have suggested that when we eat sugar, chemicals called opioids are released by the brain, which leads to an intense feeling of pleasure. It is this feeling that people may crave in the absence of sugar.

A study by psychologists at Princeton University investigated sugar addiction by studying its effect on rats. They discovered that after rats were fed a diet high in sugar, they experienced symptoms similar to those produced by drug withdrawal when the sugar was withdrawn, including shaking and changes in brain chemistry. The study therefore concluded what other researchers have also suggested; that it is possible to become severely dependent on sugar.

Burgers And Other Processed Meat

Numerous researchers and studies have suggested that fatty, processed junk food such as burgers may actually be addictive. According to Professor David Kessler – an ex-commissioner of the US Food and Drug Administration and author of The End of Overeating – the combination of fat, salt and sugar in junk food triggers our “bliss point” and leaves us wanting more.

Scientists at the Scripps Research Institute in Florida backed up this theory with a study which found that the addictive responses in the brains of rats when fed junk food including fatty meats were the same as in those that consume cocaine or heroin. On top of this, meat, just like chocolate, cheese and sugar, release opiate-like substances during digestion which some studies have suggested can leave us craving more.

Many feel that they can’t start the day without a cup of coffee and people often joke about having a caffeine “addiction”, however this may not be far from the truth. Although there has been much debate over the years about whether or not caffeine is genuinely addictive, it is difficult to deny that many of us crave it to the point where we feel we can’t function without it.

One reason that people may crave caffeine so much is due to the fairly severe symptoms of caffeine withdrawal that people often face, ranging from fatigue and headaches to irritability and depression. However, it may be that, rather than being physically dependent on caffeine, you are actually addicted to the belief that you can’t function without your morning cup of coffee. Whatever the reason, caffeine remains the world’s most popular drug and a staple of many daily routines.