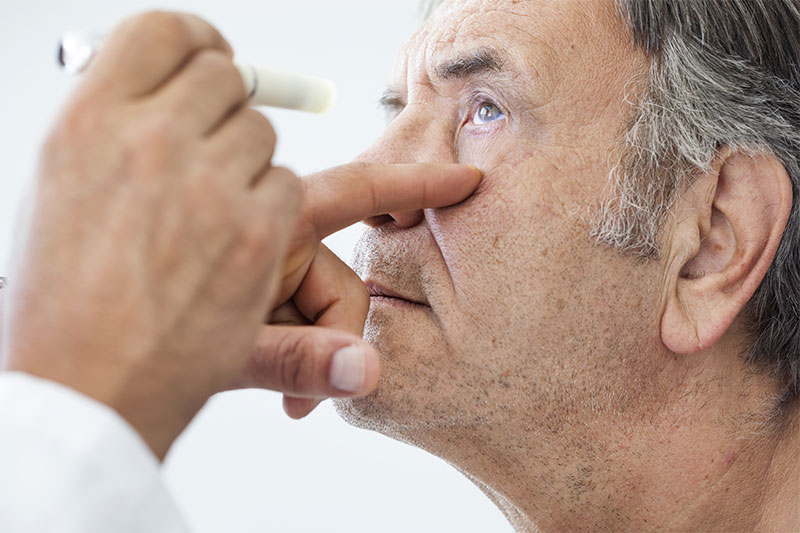 The only way that doctors have been able to diagnose patients with Alzheimer’s was through costly brain scans, observing behavioral changes that have consistently happened over a course of time, poor short term memory and concentration that has been deteriorating, and through blood work that goes hand in hand with the other symptoms. However, there is another way that an early diagnosis of Alzheimer’s can be made and that is through an eye exam. That is right, a simple eye test can be done to diagnose the early onset of Alzheimer’s disease.

How Can An Eye Test Help Diagnose Alzheimer’s Disease?

The way a diagnosis of Alzheimer’s can be made through an eye exam is by measuring the loss of blood density in blood vessels in the retina. If there is a loss of blood density in the retina, then that can be an early sign of Alzheimer’s. If you just had an eye exam and your doctor told you about this discovery they found in your retina, but your behavior has not changed, your memory and concentration are fine, and you are feeling fine in general – then that is a good sign. That means if it is Alzheimer’s, you are at the earliest stage of it. However, that also means it is imperative to see your doctor so the onset of it can be delayed.

How Did The Discovery Of Low Blood Density In Blood Vessels Be The Link To Early Alzheimer’s?

Researchers conducted a study at the Duke Eye Center in Durham, NC. Scientists have found reasons to believe that the loss of blood density in the retina was tied to the early onset of Alzheimer’s. Therefore, they recruited 200 participants who had normal brain function in addition to those who had Alzheimer’s. They utilized a technique known as optical coherence tomography angiography or OCTA. That is a noninvasive tool and it can show the flow of blood in each retinal layer.

Even if you are still finding yourself managing well, and your eye doctor has told you that the blood vessels at the back of your eye are less dense than someone who has normal brain function – once again, you need to see your doctor. A senior study author and ophthalmologist and retinal surgeon, Dr. Sharon Fekrat stated that in the study, they were measuring blood vessels that most eye doctors do not do during a typical eye exam. The technology they used to take images of the vessels was new and noninvasive. Those with mild cognitive impairment also had less dense blood at the back of the eye, which often precedes Alzheimer’s.

However, it is also important to know that this method may help with making the Alzheimer’s diagnosis, it is not the only way. It is also essential for doctors to test the patient for other ailments in order to rule them out. That is because there may be a possibility that a reduced density of blood vessels at the back of the eye can signify other ailments happening other than Alzheimer’s as well. The study is new and this technique is new and with more research and time, more will be known.