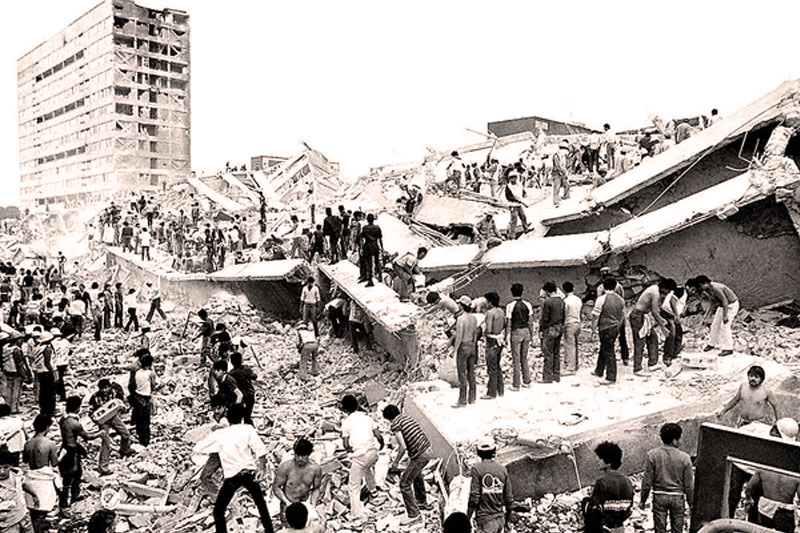 A magnitude 8.1 subduction zone earthquake devastated Mexico City in 1985 killing almost 9000 people. The epicenter of the quake was almost 220 miles offshore and despite this the damage was extensive. The city shook for almost 3-4 minutes with many areas especially those that were built on the silty sediments of Lake Texcoco take a big hit.