Insects are small, they said. Most of them are not nearly as large as your middle finger, which can be squished in no time. But then, there are bugs, no matter how small they seemingly are, that will just make you cringe a little and hope it will never land on you. Sure, large predators are obviously scary, but these little bugs can chase you for a mile, poison you with their venom without you knowing, or can enter your skin and live inside you – yes inside you. All over the world, from Asia, to Africa, and to North and South America, these tiny creatures will give you goosebumps and will make you realize how tough nature can be. As you read through this list of Top 10 Most Scary Bugs in The World you will definitely not look at insects in the same way. 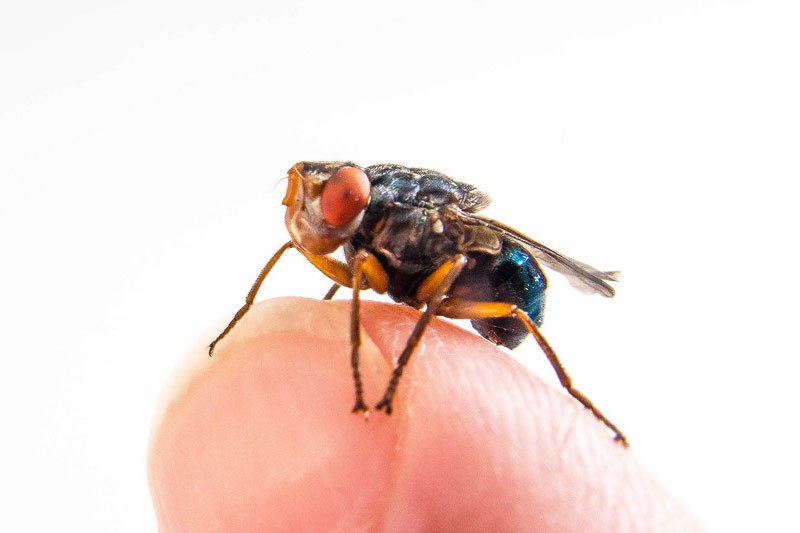 Found mostly in Central and South America, Botflies are one of the scariest and deadliest bugs in the world. There are a lot of types of these bugs, but your biggest fear would be Human Botfly. They do not sting you or chase you around, but worse, the larvae dig through your skin, live inside you, and eat there a way to survive there. These Botflies will either lay eggs on your skin or through mosquitos will definitely still land on you. The heat of your skin will hatch the egg, and the larvae will burrow through your skin. It will not kill you – most of the time – but you have to undergo an operation to remove the parasites slowly eating your insides.

Found in America (not Africa), Africanized honeybee are one of the most territorial and aggressive honey bees that will chase you the second they feel your presence around their hive, unlike regular bees that are not as defensive. They won’t even give you time to think. Thousands of bees swarming around their hive will chase you down for over a half-mile and sting you fatally, probably killing you right on the spot. It is said that the existence of these scary bees come up from an experiment conducted by Warwick E. Kerr, who cross bred a European Bee with an African bee. In this way, he got a mutant of overly territorial killer bees. 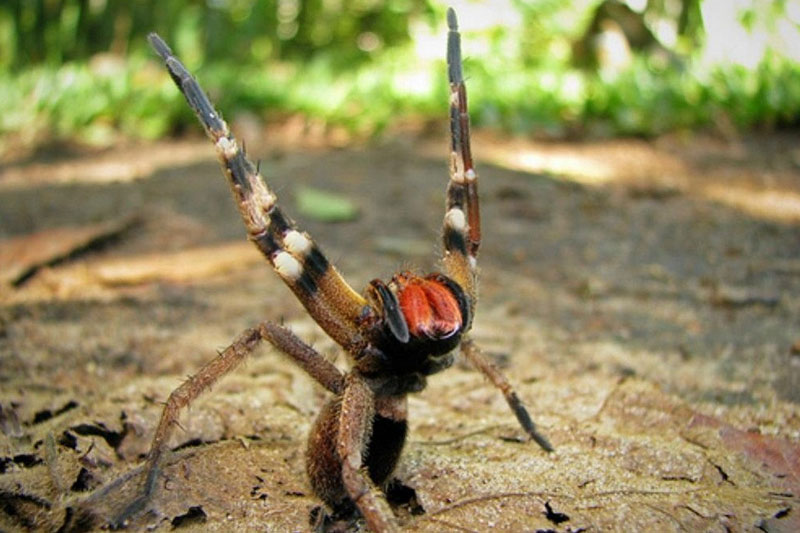 According to the Guinness Book of World Records, the Brazilian Wandering Spider is the most venomous spider in the world. As if that is not a good reason to be scared, these spiders do not just chill in their webs, but as its name implies, it actually wanders around looking for its prey – they are found within the city. And if poisoned by these, you will experience pain and an increase in irregular heart rate, which mostly will eventually cause death. Otherwise, you will experience side effects such as priapism for men. In Brazil, it is believed to be one of the top leading causes of death for over 700,000 from 1970-1980. 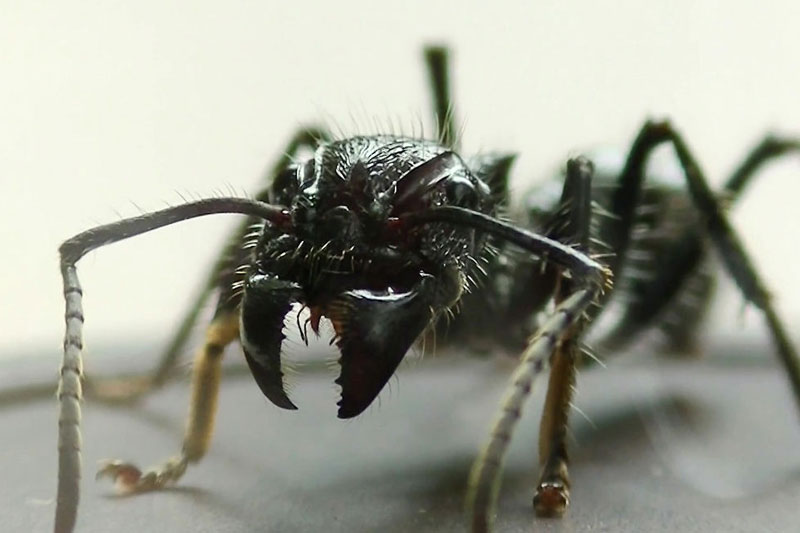 Found in Nicaragua and Paraguay, Bullet Ants are inch-long giant ants whose bodies are entirely covered by small hairlike stings. If a bee has one, these monsters are covered with dozens. And they shriek – yes, the scream – before attacking you. Their colonies are usually situated atop of a tree so when they feel you as a threat, they drop on you and shriek before they strike. The sting on these ants are severely painful and is the most painful, according to the Schmidt Sting Pain Index. In certain cultural tribes, they even use the sting of these ants as a form of a rite to manhood. Young boys will sting themselves with dozens of these bugs and must survive the pain without crying out. 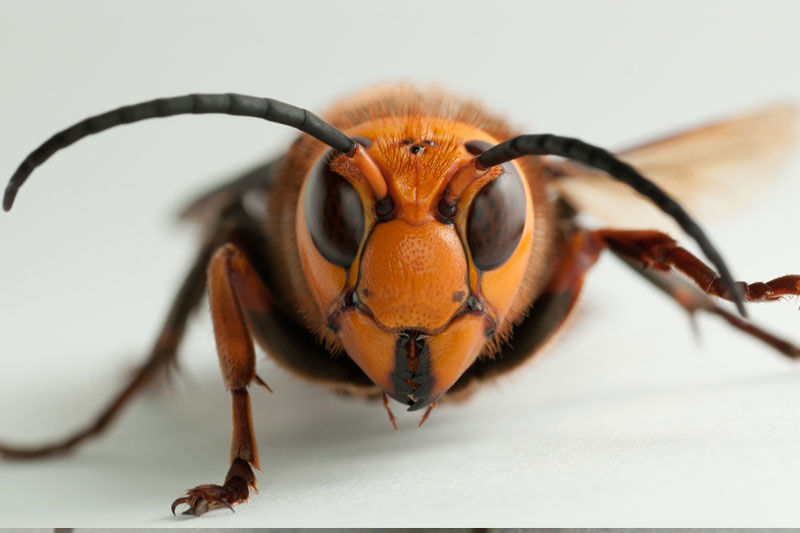 Also known as Asian Hornet, this insect is about 2 inches long, with a wingspan of 3 inches, and with a stinger as long as a quarter of an inch. Found in Japan, these insects are one of the leading causes of death in the country, even if you combine venomous and non-venomous animals together. If they recognize your presence as a threat, they will hunt you down for a terribly long three miles! Their venom is extremely painful and has enzymes which can dissolve human flesh. And they don’t need to be in contact with you, too, because they can spray their poisonous sting to your eyes! Large, fast, and shoots acid, no wonder it kills almost 40 persons a year in Japan. 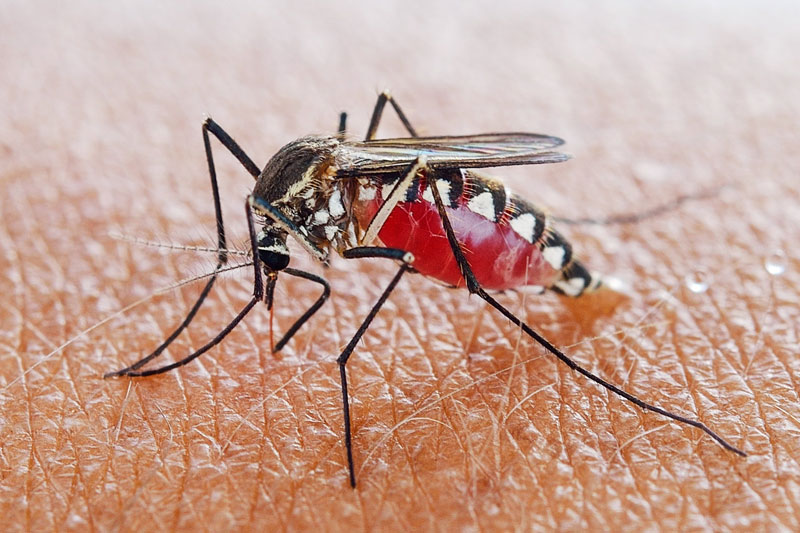 Well, mosquitos are not precisely scary looking. We can even just shoo them away without shrieking, for all we care. But these insects, with no sting to hurt you or no venom to shoot at you, can still be scary to your health. If frequently bitten, these mosquitos will cause dengue or dengue fever, which can be fatal if not medicated early on. Aside from that, it may also lay tiny worms through your skin that will cause ‘elephantiasis,’ a disease that will cause your body parts to swell because of the blockage in your lymph nodes. These are mostly found in Southeast Asian countries and other tropical countries and may swarm around everywhere, whether during the day or at night. 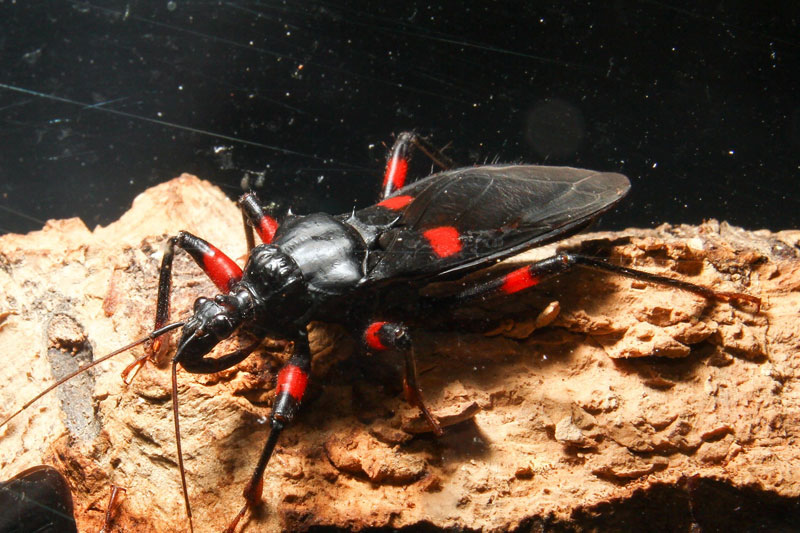 Bright-colored, those bugs are actually 10 times as more venomous that snakes such as cobras. These insects may either spit their venom or inject it to their preys. Although a sting from one insect will not be as fatal as death, there still can be burning and painful. Also, its sting has chemical components that will liquefy the insides of its prey, then the bugs will suck them completely. They are generally found in rainforests in Africa, covered in dead twigs, leaves, and even the shallow bodies of their victims! That just sounds entirely creepy. 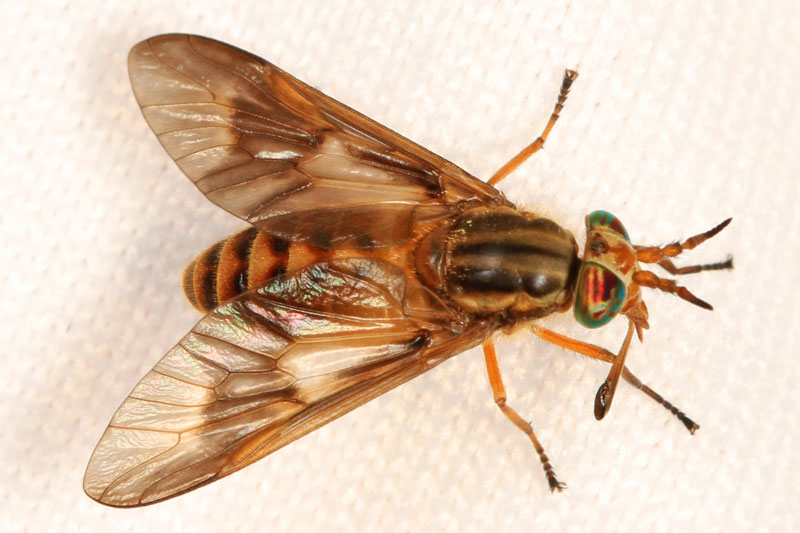 These innocent-looking flies that you thought cannot harm you will cause you (and your eyeballs!) some freaky effects. These flies will lay on you, bite you, and will contaminate you with a disease called ‘Loa loa filariasis’ . This disease, on the other hand, is caused by worms called Loa Loa or most commonly known as ‘eye worms.’ These worms will live and mature in your eyelids can be painful when squirming around your eyeballs or on the bridge of your nose. Although it will not blind you, the patient with this disease has to undergo a surgical operation to remove the adult worms inside the body. 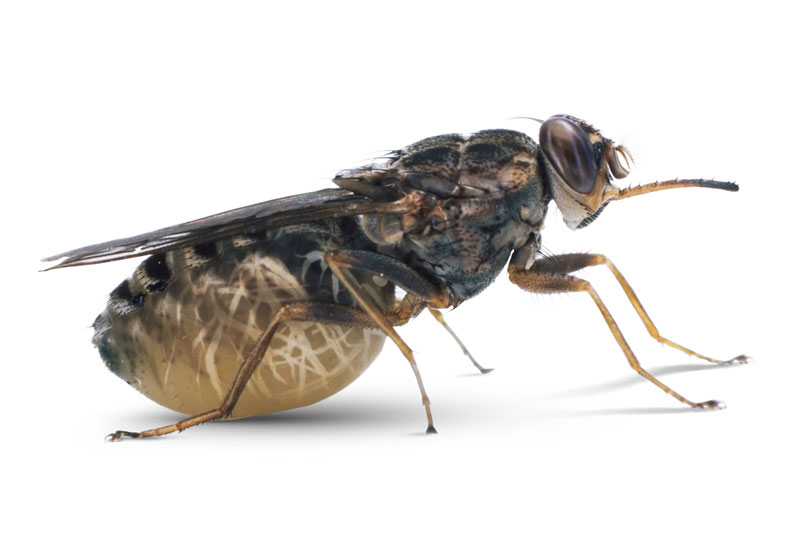 Found in Africa, these flies are visually just like regular houseflies but are definitely far more dangerous. If frequently laid on, it is possible to acquire various diseases and damage in your nervous system, including the Sleeping Sickness disease. As the name suggests, this disease is usually started with a light flu that will eventually lead in a coma. Most of the patients with this disease eventually die after a few months, with approximately 250-300 afflicted patients every year. 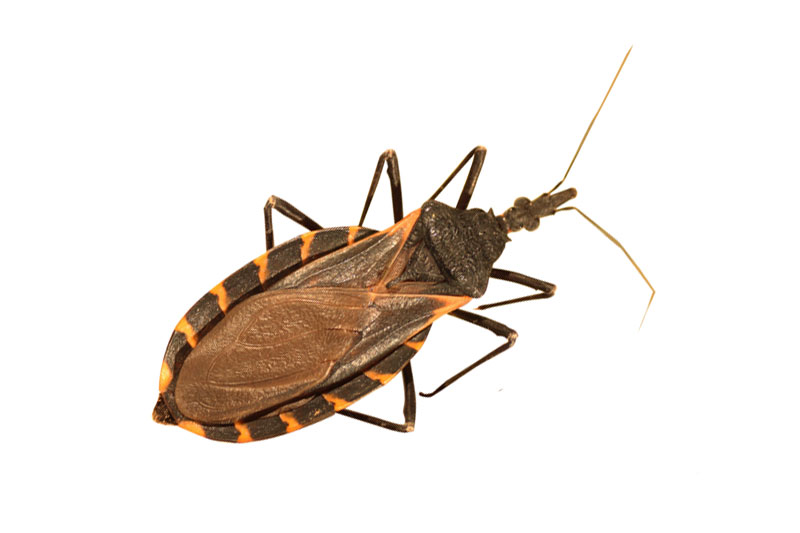 Kissing bugs got its name from its method of attacking – by biting and feeding off from soft tissues around the face such as your eyes and lips. These bugs naturally have a thermal-imaging sense that lets them hunt during the night as you sleep, without you knowing and feeling. Once you have been bitten by these, it usually leaves a parasite that enters your skin, and then, you are a possible candidate for Chaga’s disease that causes severe damage in the heart and eventually, heart failure. In a study conducted in 2008, it is found that almost 20 million people are affected by this disease, and nearly 20,000 of them dying every year.