They have a sinuous shape, and are held tightly under the chin, by musicians who can draw from its strings, some of the most exquisite music ever composed by Man. We are talking, of course, about the violin.

Its origin is steeped in the controversy of its definition. Does it have four strings? Only three? How about two? For the most part, historians agree that the violin evolved from a number of instruments, including the east Indian rabob, Arabian rebec, and the Italian Lira di Braccio. Italy is thought to be the home of the “modern” violin, having emerged from that country, circa 1630A.D. A painting by Gaudenzio Ferrari, dated 1520A.D., is the first recorded evidence of the instrument as we know it today. 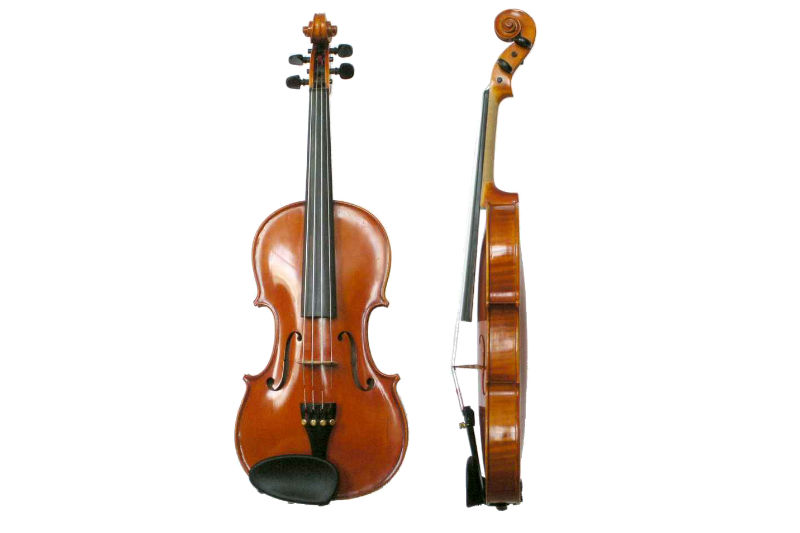 Violins are still made by traditional methods, with the same materials that have gone into them for centuries. The 70 pieces that comprise a violin, are a mix of maple and spruce woods, native to where they are manufactured. Assembly is accomplished with hide glue, also a traditional material.

While sections such as the front and back can be cut from templates, other pieces, including the sides, must be steamed and shaped to a separate template. The finished product is then varnished only enough to preserve the wood, as an excess will affect the tone of the instrument.

A handmade violin will cost anywhere up to $10,000. True antiques will be much higher. The Stradivarius are the most prized of all, and even when they were made new for Kings and rich men in the 17th century, their price was phenomenal. Today, they are virtually priceless for their craftsmanship. The Hellier Stradivarius was offered for sale in 1988 at $1 million, but failed to sell as too expensive. However, the Kreutzer Stradivarius was sold in 1998 at Christie’s Auction house for $1,786,368.49.

Makers of violins say that its true voice will not be heard for 50 years. This is due to the mechanics of the sound produced. When a bow is drawn over the strings, they vibrate, and in turn, cause the wood they touch to vibrate, and thereafter, the entire violin. The instruments with the best resonance, are made of woods that flex easily with the sound. Over time, the vibrations cause miniscule particles to drop away from the wood body, and the sound becomes fuller and richer.