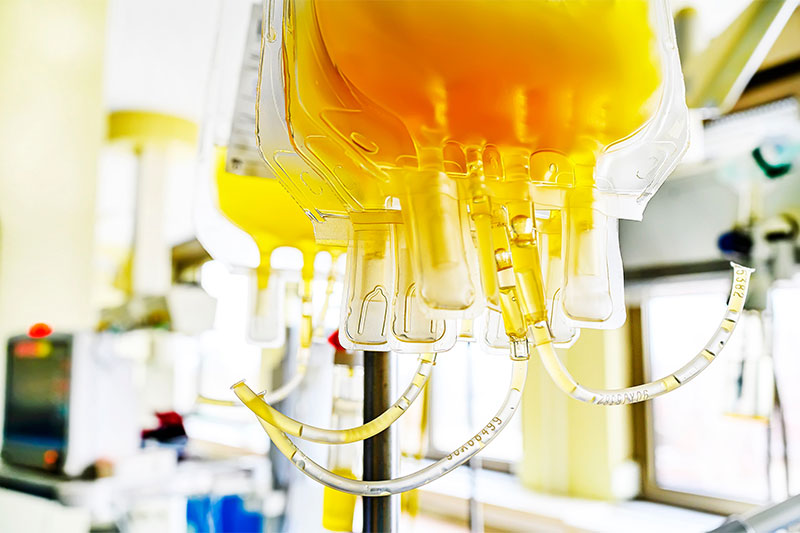 Donating plasma is one of the most selfless things to do because there are others who need it for a variety of reasons. For instance, if you survived COVID19, you have the antibodies for it and there has been a demand for plasma donations from those who survived the virus to those who are suffering from it to help them fight the virus off with the antibodies in the plasma. However, there has to be a warranted circumstance as someone who has the virus who doesn’t require intensive care is not a candidate for the plasma. That is only one example as to why you would be asked to donate your plasma. It helps to ramp up the immune system.

However, even though donating plasma is safe to do, otherwise, it would not be something that would be asked of you to do, there are side effects that can happen as a result of donating it. As you know, plasma is a component of your blood, and when your blood is drawn for plasma donation, it goes through a machine to separate the plasma from the blood. Then the red blood cells return to your body with a saline solution to replace the plasma. Because your body is lacking proper plasma for a short time, you will end up experiencing some side effects. Some are common but others are rare. The most common side effects are:

Whether you are donating blood or plasma, you are experiencing a loss of salts and therefore, it can cause plenty of fatigue. That means on the day you intend to donate plasma, you will need to rest and not plan anything strenuous for that day. You will not have the energy for it.

As you know, plasma contains mostly water and you can experience dehydration as a result. The dehydration is not severe, and you will need to drink electrolyte-rich drinks, and even water can help to help combat the effects of dehydration caused by plasma donation.

You may feel lightheaded or dizzy, and you also may faint after donating plasma. That is because the plasma that contains the salts and nutrients is out of your body and that is the cause for dizziness. Once again, it is ideal to drink electrolyte-rich drinks to help counteract that symptom if you are donating plasma.

Bruising is a normal and mild side effect of plasma donation as you will end up with bruising in the area where the skin is punctured with the needle. When blood flows into soft tissues, that is when bruising forms and it will disappear in a matter of days unless you have a bleeding disorder which may take more time for it to go.

There is a small risk of infection around the puncture site since bacteria can get into it. If the puncture site ends up warm, feels tender, and has pain, and appears to be swollen and red, then that is an infection. You need to get antibiotics right away for that.

Those are the most common side effects. However, some rare ones can also happen and actions are taken to prevent that from happening. One rare side effect can be a citrate reaction. Right before you donate plasma, the technician will inject a substance that prevents clots from forming and there is citrate. The machine retains the citrate but there is a rare chance some of it can go back into your body. The citrate can cause there to be a loss of calcium and that can cause serious side effects such as chills, numbness and tingling, shivering, lightheadedness, nausea, a rapid or slow pulse, and shortness of breath.

An arterial puncture can also result but that is rare. It happens when the technician ends up puncturing your artery instead of a vein by accident and that can cause excessive bleeding. Therefore, pressure needs to be held onto the puncture side for 10 minutes to get the bleeding to stop. If it doesn’t stop, then medical attention is needed.

Therefore, donating plasma is a wonderful thing to do. Minor side effects are common, but rare ones can happen as well, but they are rare for a reason – since they are the exception and not the rule.