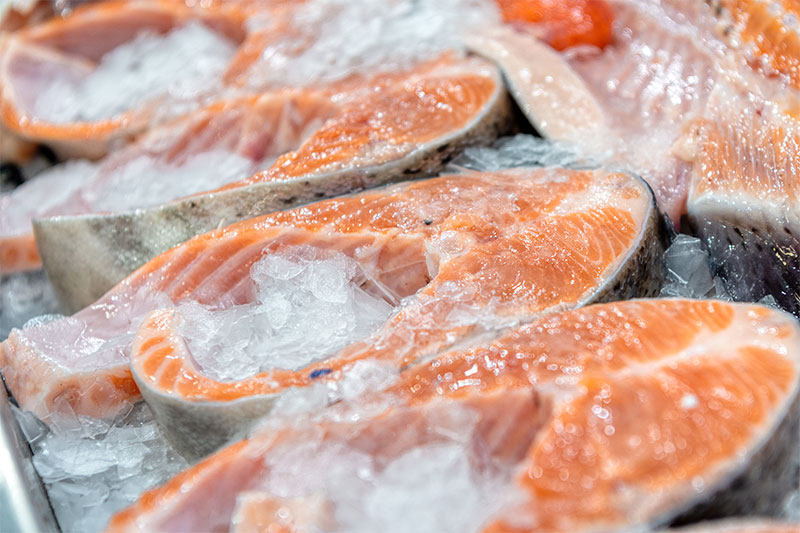 Many people enjoy eating seafood but unfortunately, if you eat too much of it, you can end up with complications. Even though seafood has plenty of excellent minerals that are needed for your body such as zinc, you also have a metal in seafood that can cause harm. That metal is mercury. If you consume small amounts of mercury, the effects will be minimal which means you will not have issues. However, if you consume too much seafood and you do it daily, then the mercury can accumulate and that means you will end up getting mercury poisoning.

Mercury poisoning can have a negative effect on your neurological system. That is why pregnant women are told to minimize eating fish during their pregnancies because it can have more of a severe impact on the fetus, and it has more of a severe impact on young children more so than adults. Some fish are safer to eat than others which means there are fewer traces of mercury found in the flesh of the fish. Fish such as salmon, shrimp, crab, lobster, trout, and halibut have lower mercury levels which are why pregnant women are told they can eat it only a few times a week. However, fish such as tuna, swordfish, king mackerel, and shark meat has much higher levels of mercury. Therefore, pregnant women are told to not eat any of it.

Let’s now talk about what happens to you when you have mercury poisoning:

It is not a surprise that you would have memory issues when you have mercury poisoning as it has an effect on your cognition and memory is part of that. You will find yourself extremely forgetful, and your long-term memory may be affected. If you are taking medication that can have an impact on memory, that may also contribute to the problem but if you consume a lot of seafood, your memory problems may be from too much mercury accumulating in your body. If mercury poisoning advances, then you will also have a hard time collecting and expressing your thoughts. Therefore, you will have a hard time speaking, as well as hearing.

You will find that you have tremors if you are taking too much mercury. Since mercury poisoning affects the neurological system, then it will also cause tremors to happen. If you are shaking uncontrollably by doing simple tasks and you are afraid to drink a hot beverage because you are afraid you will drop it from the tremors, then that is a serious issue there. You will also suffer from a lack of coordination and that can end up meaning that you will struggle to walk as well if the mercury poisoning advances.

You will lose your strength and that means if you were able to carry a bag of groceries or a moderately heavy item easily, you no longer will be able to do so if you have mercury poisoning. That also contributes to you having a difficult time walking as well once the mercury poisoning begins to advance.

Numbness And Nerve Loss In Your Hands And Face

If you are feeling numbness and tingling, then that is a sign that there is nerve loss, and you will mostly feel the nerve loss in your hands and face. That means you will not feel pain very deeply. If you accidentally burn yourself, for instance, you will not feel the burn so intensely.