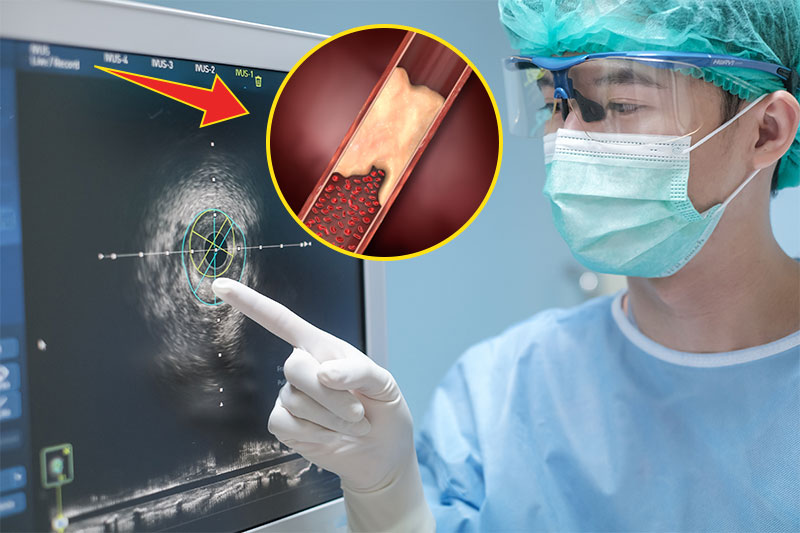 In most people, arterial calcification begins after the sixth decade of life and progresses gradually. As a result, the cardiovascular system’s hemodynamics are impaired, reducing arterial elasticity and increasing morbidity and mortality.

It is commonly associated with aortic narrowing, which is stenosis, hypertension (high blood pressure), congestive heart failure, cardiac hypertrophy, an enlarged heart, myocardial ischemia, and compromised the structural integrity of the heart as a result of calcification.

Also, calcium deposits weaken the vasomotor response. This results in an early mechanical failure of the cardiovascular system due to a compliance mismatch.

Calcium and phosphate levels are frequently elevated in patients on dialysis who have chronic kidney disease. Combined with risk factors for arterial calcification, these minerals directly contribute to increased vascular calcifications. Inflammation and lipid oxidation play roles in atherosclerosis that have not been completely elucidated.

Others claim that PTH is not associated with arterial calcification, despite some studies implicating PTH in the process. Studies have indicated that uremia, based on its stabilizing effect on atherosclerotic plaques, acts as a natural stent.

Diabetes mellitus type 2 is another comorbidity associated with increased cardiovascular mortality and morbidity. The risk of medial artery calcification increases with age and hyperglycemia, where the arteries are stiffened rather than occluded.

A number of drugs, including vitamin K antagonists, may accelerate arterial calcification, so caution should be taken when using them.

The best thing you can do is take care of your heart health as much as you can. There is no guarantee that you will not end up with heart disease or any arterial disease because genetics are significant. However, you can lower the odds of any of that happening by taking excellent care of yourself. That means eating foods that are lower in LDL or bad cholesterol such as fatty meat and eating foods that are higher in HDL which is the good cholesterol such as avocado, eggs, and salmon. Limit refined carbohydrates and stick to complex carbs. Get plenty of exercises, and you can achieve that by doing half-hour of brisk walking for at least five days a week. There is no guarantee to stave it off because of genetics, but the odds are with you that you can if you do.