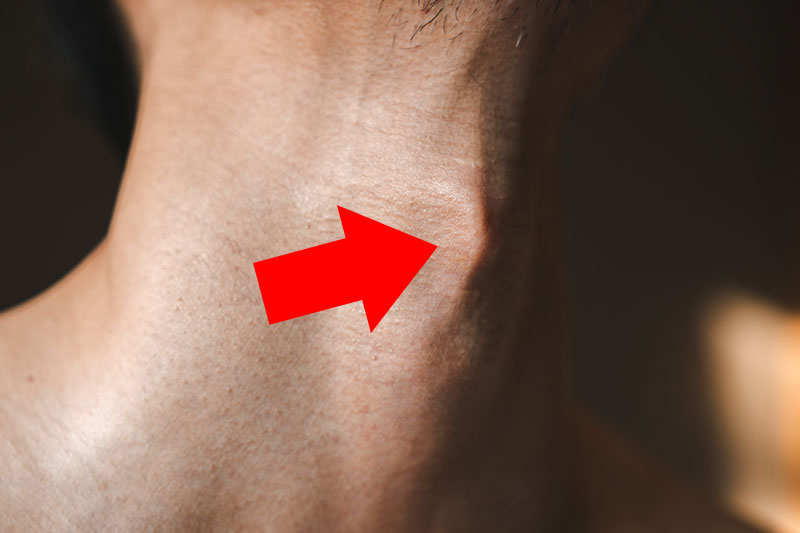 Men have the Adam’s Apple and that is not a secret. Why is that? You know that the name comes from Adam and Eve in the Garden of Eden biblical story of how Adam ate that forbidden apple from that tree and a piece got stuck in his throat. However, you know that is just the name of this phenomenon as the Adam’s Apple has nothing to do with the story at all. It all has to do with the size of the larynx or voice box.

When Does The Adam’s Apple Develop?

The Adam’s Apple develops during puberty. Puberty is the time when boys and girls go through so many bodily changes such as menses and breast development in girls and facial hair in boys. Voice changes happen as well to both girls and boys because the larynx grows. However, the larynx grows a lot longer and larger in boys than girls which is why their voices deepen, and that results in the development of testosterone. Girl’s voices deepen only a little to the point it is not overly different from how they sounded before puberty but it depends to the point of their voices sounding more mature. That results in estrogen development and estrogen does not cause the voice box to grow the same way as testosterone does. Therefore, when the voices in men deepen resulting from the larynx growing, the larynx also juts outward which is the Adam’s Apple. When you notice a man speaking, the Adam’s Apple vibrates and that is why.

The answer is yes, they can, but it does not happen very often. That results from women growing a larger larynx that protrudes which may be an anomaly in some. That does not necessarily mean their voices are lower than the average woman’s. However, some women who have Adam’s Apples have polycystic ovarian syndrome or PCOS which results from having too much testosterone in the body. That also causes other issues such as facial hair, obesity, thinning hair on the top of the head, and infertility. However, that is the exception and not the rule. Sometimes women without this condition can grow an Adam’s Apple and that only results from having their larynx protrude. You will also see some men that have larger Adam’s Apples than others, and their height does not necessarily have anything to do with it.

Why Do Some People Have Larger Adam’s Apples And Others Have Smaller Ones?

Those who have larger Adam’s Apples than others do not necessarily have other characteristics such as being taller or generally larger framed than they are. Sometimes they simply have a larger voice box or develop too much cartilage around the voice box. Cartilage helps to protect the vocal cords inside, but at times it can grow too quickly. Those who have a larger Adam’s Apple because of the larynx itself being larger do have deeper voices than the ones who have one smaller. If the size of the Adam’s Apple is because of having too much cartilage around it, that is not necessarily the case.

There are surgical procedures to grow or reduce the size of Adam’s Apple. Some men may opt to have the surgery to help make it larger to show off their masculinity. However, women that have Adam’s Apples may opt to have a reduction which means some of the cartilage would be shaved away from the thyroid. That is a very extensive surgery and healing will take a lot of time. However, the bottom line is that there are options if you are not happy with Adam’s Apple.