Finally, a scientific explanation of why mosquitoes bite some people more than others.

Even though it sounds surprising, only a small portion of over 3,000 mosquito species concentrate in biting humans. Rather, most of the mosquitoes, in fact, are feeding on lots of other sources. 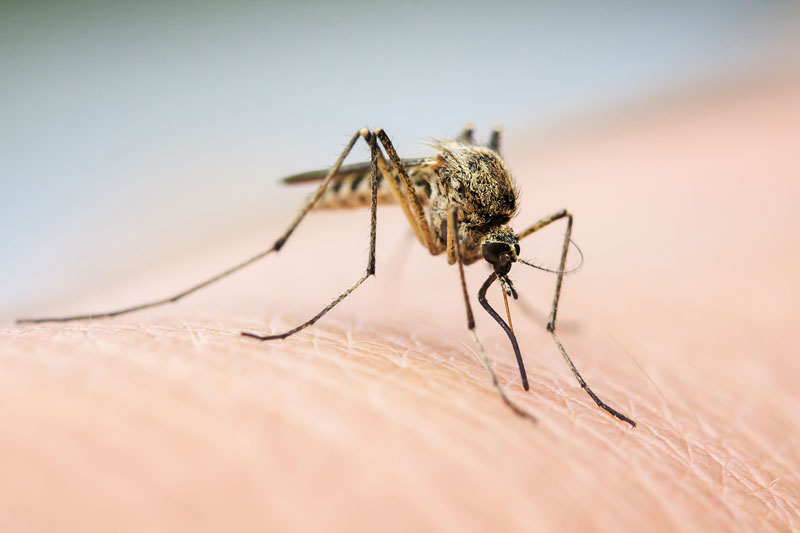 The species called Aedes aegypti and Anopheles gambiae are famous (or infamous) for specializing in biting people. They put forward human blood thus possibly spreading infections within their bodies.

But, not only a mosquito of these species likes to suck human blood, it also appears to choose its ‘victim’ based on a few preferences.

Ever notice how sometimes, when you find yourself in an environment full of mosquitoes, some people get bitten a lot while some get away with only a few bites. If your answer is yes, and it probably is, then we have the perfect article to explain you this phenomenon.

Not until recently, this fact was considered to be a tale. However, now, it is also supported by a research. So, what are the determinants which affect the choice of a mosquito?

In fact, people believe there are many influences, some more likely than the others.

Here are some more Interesting facts about Blood Types

According to some, the factors include the blood type, having a fair skin, being sweaty and even the type of food one digests.

However, all of the aforementioned factors are only countable as anecdotes as they’re missing a scientific backup.

Thereupon, researchers have spent a great effort on understanding what affects the feeding preference of the mosquitoes.

Their research is primarily based on controlling mosquitoes’ behavior to manage diseases in human bodies.

Every species uses carbon dioxide (CO₂) as an inclusive sign that a potential host is near. On the other hand, CO₂ is an omnipresent matter that doesn’t help a researcher to define the choice of a mosquito.

In addition to CO₂, lactic acid, which is a significant part of human odor, is also an important attractant of mosquitoes.

There are other attractants known to the scientists as well. However, they only show why mosquitoes bite humans and not how they choose their ‘next meal’.

Scientific proof of what affects the choice of a mosquito between various people is the change in our skin microbiota.

The skin microbiota is primarily non-pathogenic bacteria and fungi which exist on our skin, pores, and hair. The smell they release is the key factor which tells the mosquito how ‘appetizing’ we will be.

This microbiota could not be transferred between people through contact. Therefore, if a mosquito picks you, it is not based upon you, but instead, the structure of the micro-organisms that reside on your skin.

Considering the wealth of bacteria in our skin microbiota, it is not surprising to say that the delicate smell of a female mosquito that looks for a host can identify these variations.

The structure of our skin microbiota principally depends on the environment we live in and the food we eat.

As a result, everything we eat, drink or touch has the power to add new microbes to our skin. Likewise, the skin microbiota could also be modified by genetic factors as well.

Pure sweat has no obvious odor. Therefore, the process of sweating may not be the reason for drawing the attention of mosquitoes.

Instead, the change in the chemical structure of sweat between people might rise favorable conditions for some microbes that can draw mosquitoes.