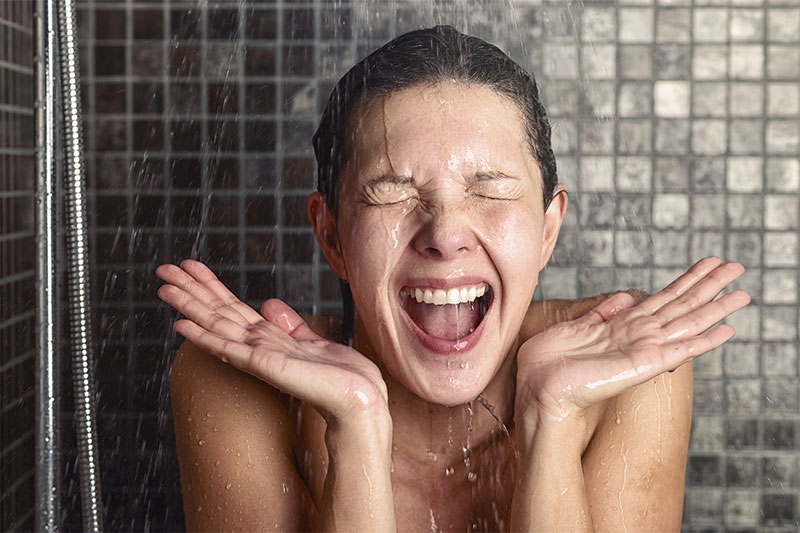 If you are a woman and you have urinated in the shower many times, don’t feel embarrassed because you are not alone. Why would you want to go out of the warm comforting shower if you have the urge to pee out into the cold abruptly? You can just pee in the shower and allow the urine to go down the drain, and spray some baking soda on the floor after you are finished and the floor of the shower is dry. However, doctors explain why it is not a good idea for women to do that. Why would that be? You would be surprised to learn the answer, but you could begin to experience bladder leaks if you make a habit of peeing in the shower.

How Can Peeing In The Shower Increase The Chances Of Your Bladder Leaking?

A Boston-based doctor who specializes in physical therapy named Dr. Alicia Jeffrey-Thomas made this issue known as she told her large following on TikTok that women should never pee in the shower. That is because it can train the brain to make an association with running water with peeing. Even the sound of running water alone can cause women to pee in the shower. And even if you don’t pee in the shower, if you run the water in the sink and sit on the toilet to pee, the same thing can happen. Those who struggle to urinate even when they have the urge have been told by doctors that a good way to get them to urinate is by sitting on the toilet while running the tap in the sink so the sound of water can encourage them to pee. That creates an association with the sound of running water and urinating.

Why Is That A Problem?

According to Dr. Jeffrey-Thomas, if you have a weak pelvic floor and are prone to bladder leaks, you will be very likely to have bladder leaks when you do chores that involve running water such as cleaning the dishes. You could also be prone to bladder leaks if you are swimming. Since women are mentioned that are likely to have this problem, why is this not an issue for men? That is because men have the anatomy to pee while standing up as women do not. The pelvic floor does relax enough and that means the bladder will not empty all that well. That is why leaks will happen, and if you associate the sound of running water or even being in water which is why swimming is a risk for losing control of your bladder. If you have made that association with peeing while the water is running, what should you do?

That will take a lot of unlearning to do but the best thing to do is if you have already made that association in your brain that peeing is tied to running water, you will need to discipline yourself by ignoring the sound of the water running. Focus on getting yourself clean and then go to the bathroom after you are finished showering. Do not turn on the tap in the sink as well. The more you do that, the easier it will be for you not to have the urgency to pee when there is running water. That is right. That means you no longer will have the urge to pee while doing dishes. You will also no longer have the urge to pee if you are going swimming. You will realize you will be okay if you wait until are you finished to do your business!